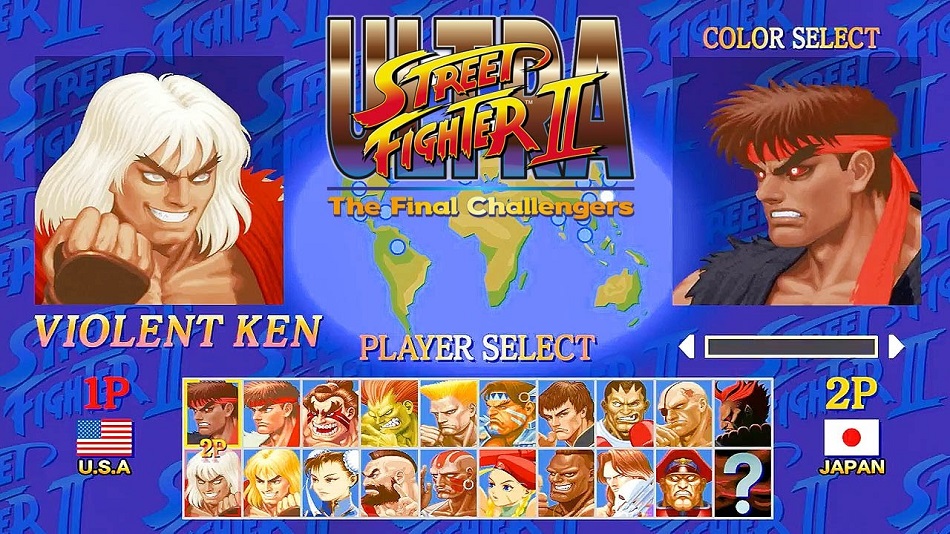 Perhaps it’s a bold statement, but there’s arguably no fighter more important to development of the genre than the legendary Street Fighter II: The World Warrior. That 1991 gem perfected combos, featured a diverse roster encouraging contrasting play styles, and ushered in tournament play for the genre. I – like most others – was hooked.

Since then, I’ve played every single version of Street Fighter since those days of my youth, but I was still quite excited to see a remake of the original masterpiece brought to the Switch, and boy, did Capcom get this one right. Simply put, for players who own a Switch and have even a passing interest in fighting games, Ultra Street Fighter II: The Final Challengers is a must-buy.

This remaster is simply gorgeous. In contrast to many retro re-releases, Capcom opted to maintain the original look and feel of Street Fighter II: The World Warrior while meticulously upscaling and redrawing them. Ditto for the sound effects and music, with originals now remixed, re-recorded, and perfectly paired with the fancy visuals. This is HD in every sense.  For retro obsessives, however, The Final Challengers also contains a a museum-quality version of the 1991 original. Thankfully, no slowdown or renegade sprites remain (other emulations have retained them) but I can’t see anyone – even the biggest Street Fighter fan – opting for the old school version instead of the stunning new one.

Most importantly, The Final Challengers plays surprisingly well on the Switch. The JoyCons are incredibly responsive, especially when connected onto a single controller. However, like most Switch titles, the game supports separating these controllers for quick-and-dirty two player play. For this portable console, the option to have impromptu, two player contests on the fly is incredibly alluring. That said, the Joy-Cons do have limitations. The ‘strong’ punch and kick buttons are a bit tucked away on front shoulder buttons, but that’s to be expected for anything except a fight stick. Conversely, super combos (all three punches and kicks in unison) are easy to tackle via single, back shoulder clicks. 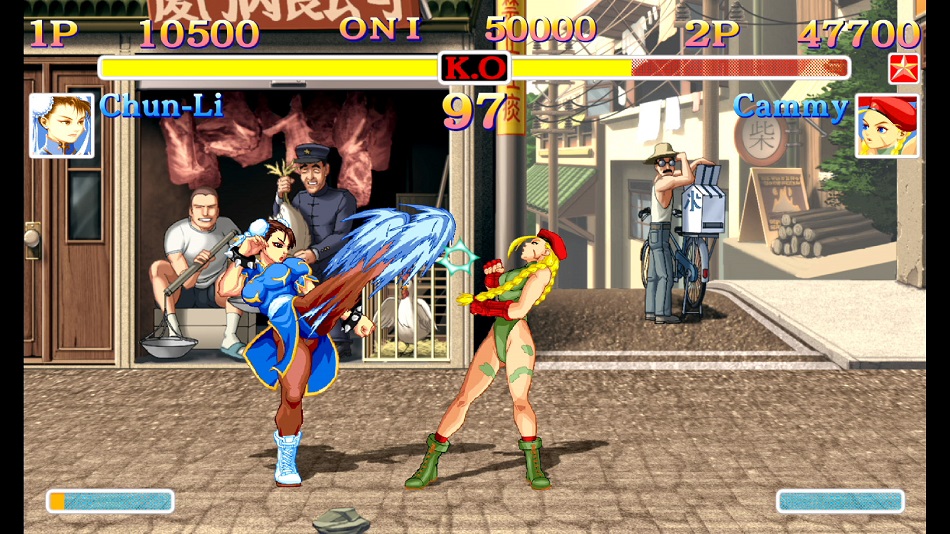 Related, a clever but shallow ‘Way of the Hado’ motion control mode just doesn’t cut it. As a gimmick exclusively designed for the Switch, this mode features simple, dual controller movements to emulate classic Ryu and Ken attacks again waves of bad guys. As glorious as throwing a fireball in real life may seem, it’s inconsistent in execution and the mode is boring. There’s little to no strategy involved, and movements amount to arm-waving at nothing.

Another mode which disappoints is the ‘Buddy’ option which allows 2-on-1 team-ups versus real or CPU opponents. While a CPU-controlled teammate fights well enough, this mode lacks the organic, chaotic tag-team feel of the Marvel vs Capcom series. It’s a different spin on the classic, but doesn’t really measure up.

If there’s one thing to stress, it’s that The Final Challengers isn’t a cash-grab on a platform currently lacking games. For instance, Evil Ken and Violent Ryu – formerly limited to Alpha and SNK vs. Capcom – are available from the get go, and ditto for Akuma. It’s nice to see at least one title throw unlockables by the wayside. Sure, this version doesn’t pack the enormous roster of current Street Fighter offerings, but I’ll  take it.

Also worth noting is that The Final Challengers provides a complete electronic version of SF20: The Art of Street Fighter book embedded within its main menu, plus all original and remastered songs and sound effects. The book (long out of print) is jaw-dropping in execution, and arguably worth half the price of admission alone.

Ultra Street Fighter II: The Final Challengers is perhaps the best version of one of the best fighting games to date. The new visuals and audio take the presentation to the next level, and playing with the creepy-cool alternate characters is great. Moreover, the Switch’s biggest draw is its portability, so there’s finally a way to play Street Fighter with a friend on a single unit, anytime and anywhere. It might not be enough to win back players who have no desire to revisit this classic, but this reviewer does not count himself among that group.Rating: 8 out of 10

Disclosures: This game is developed and published by Capcom. It is currently available on Nintendo Switch. This copy of the game was obtained via publisher and reviewed on the Nintendo Switch. Approximately 20 hours of play were devoted to single-player and supporting modes.

Parents: According to the ESRB, this game is rated T for Teens and they say: This is an arcade-style fighting game in which players engage in one-on-one combat with an international cast of human characters. Players mostly kick, punch, and use special abilities (e.g., fireballs, flying moves, electrical strikes) to deplete the opposing player’s life meter. Combat is highlighted by cries of pain and frequent impact sounds. Characters are occasionally shown with drips of blood on their faces after being defeated. During game play, some female characters are depicted in low-cut, form-fitting outfits; a gallery mode contains several images of characters in revealing costumes, showing large portions of cleavage and/or buttocks.

Deaf & Hard of Hearing Gamers: Ultra Street Fighter II: The Final Challengers does not feature any spoken in-game dialogue. Quotes before/after matches comes via text. Audio is not required to succeed in this game, it is fully accessible.

Remappable Controls: No, this game’s controls are not remappable, but different preset layouts are available (depending on JoyCon or controller configuration).

Hi Paul, Thank you for writing a review of USF2, though there are a few things I’d like to point out for others reading: The third paragraph of your review implies that the redrawn characters are debuting in USF2, but these are just reused sprites from the nine-year-old Super Street Fighter II Turbo HD Remix on PS3 and X360. Therefore, the remastered aesthetics are less of a draw to people that played that game. On your issue with the Buddy mode, while valid, it’s worth noting that this was a feature originally available in the Street Fighter Alpha series as… Read more »