The subject of this installment: Heliborne, developed by JetCat Games and published by Klabater. 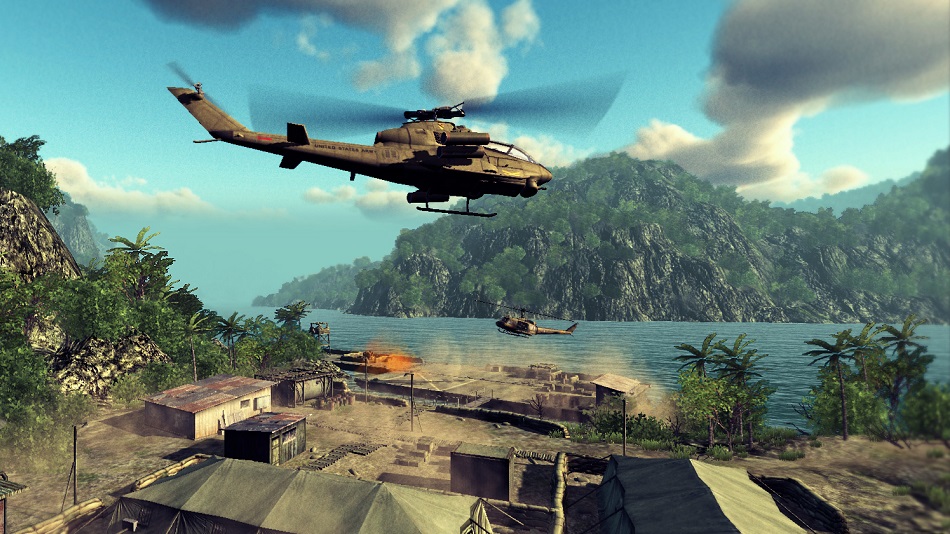 There are few genres lonelier than the helicopter sim. Heck, it’s been (literally!) two decades since any helicopter-centric title went mainstream. As a reference point, I’d have go as far back as the early ’90s and its cult classic Desert Strike series to find such an example. However, thanks to JetCat Games’ Heliborne, helicopter simmers finally have a new fix.

While JetCat promotes Heliborne as an arcade-esque fix, even on ‘simple’ controls it remains a simulation for simulation fans. I confess to having had a bear of a time simply keeping in the air and in the right direction, let alone changing speeds when needed. Just to successfully take off via a control pad, the devs advised that the nose needed to be manually pointed down on one stick, while navigating forward with the other, plus continuously holding down the vertical lift button. Arcadey this is not.

For those comfortable with these control nuances, there’s a great deal to love in Heliborne. The game offers a slew of historical US scout, transport and attack helicopters, and a small number of Russian ones. Upgrades and unlockables become available following successful missions and actions, so there’s grinding aplenty, but not enough to frustrate. Also, a neat test flight feature puts any available helicopter in a user’s hands immediately. 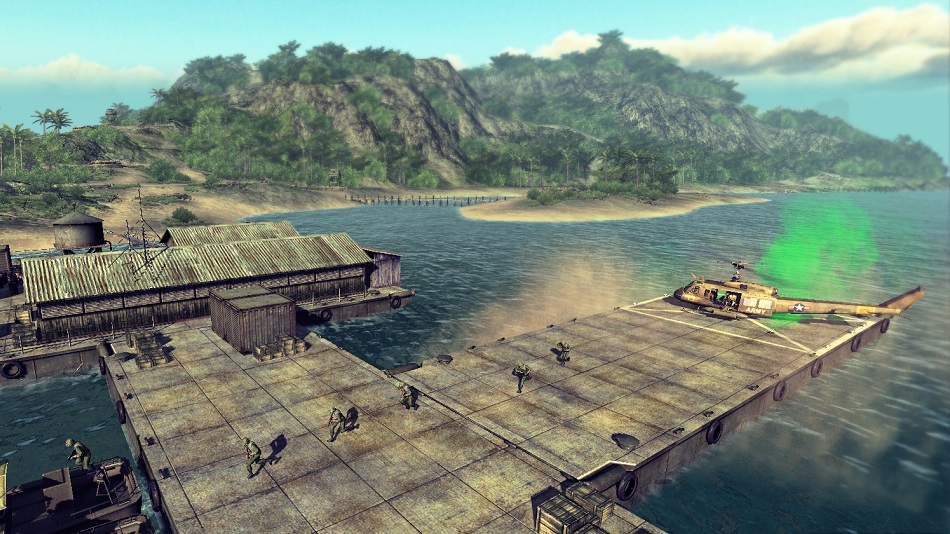 Each heli is unique in both feel and functionality, and these differences become paramount when working in teams. Scout types lead the way and mark enemies – notably anti-aircraft artillery – to enable attackers to come in and clear space for transports to land. When executed well (and there are oodles of cool videos by top ranked players) it’s beautiful to behold.

At the moment, Heliborne boasts a fairly active community, making co-op matches easy to find. Players are free to begin a mission at their leisure, and the game will seamlessly add more players into a mission sans hiccups or wait time. While I noted that some players reported server issues, I experienced none (I’m located in the SE United States.)

Also, Heliborne’s well-designed mission restart system means that getting blown up doesn’t stop the party. One can pick a new helicopter type for immediate jump-in, or wait for the destroyed craft to refresh. However, mission timers continue to tick down, maintaining a sense of urgency throughout.

There’s no question that Heliborne is far from perfect. There’s some occasional graphical clipping, and the user interface can be extraordinarily confusing, for example. Also, I strongly encourage anyone considering a purchase to first view the unofficial tutorial on YouTube and read the online manual. Also, quite frankly, I found Heliborne’s strong sim emphasis to be a deterrent in enjoying the gameplay. If JetCat would implement an arcade-friendly control scheme for users like myself who want to dive right in without wrestling with basic controls, they’d be in business.