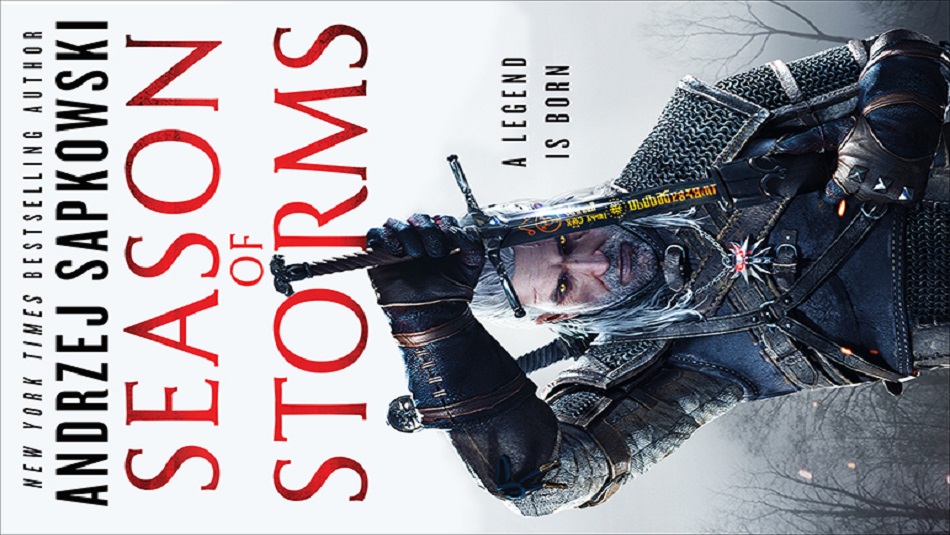 As most who’ve played the Witcher videogame series know, it’s inspired by a bestselling series of books by Polish author Andrzej Sapkowski.

In his novels (as well as the games) a ‘witcher’ is a mutant human hybrid specifically engineered with supernatural strength, fighting skills, magic and elixir abilities, but also seemingly absent of outward emotions. Witchers – via trademark steel and silver swords – earn their keep by fulfilling contracts that require the slaying of monsters terrorizing the masses. They do so, however, under a strict code: no innocents can be slain. However, not all witchers adhere to the code in the same fashion, if at all.

The protagonist in the series, Geralt of Rivia, is a complicated anti-hero who’s always in the wrong place at the right time and constantly knee-deep in trouble as a result of his attempts to discover truth behind the contracts he takes. Unlike most witchers, he forms tight bonds with an inner sanctum of friends, notably his sorcerer love interests (Triss and Yennefer), protégé (Ciri), mentor (Vesemir) and best friend/poet extraordinaire Dandelion. Sapkowski is masterful at developing them within his books, and he goes well beyond what the games provide.

As someone who’s read all five Witcher books plus the two collections, I can attest that they are must-reads for anyone who wishes to truly appreciate the Witcher universe. The novels offer so much additional substance to the series, and make the game exponentially more enriching with this knowledge in hand. It’s no surprise Netflix is making a Witcher series since its robust world is tailor-made for it.

To be fair, though, not every book in the series is a win. In the last one, Lady of the Lake, Sapkowski became far too enamored in describing subtle details of places and things, making for a drawn-out tale where the characters became secondary. Moreover, in his attempt to turn Geralt’s protégé Ciri into a true legend, he drags her story out across two books and watered down other characters to make it all properly fit. Not that these weren’t still great reads, but it’s worth mentioning.

This all brings me to Sapkowski’s latest, Season of Storms. It’s an odd book, being both a prologue and an epilogue simultaneously, but it somehow works. It’s also a welcome return to Geralt as front and center in the storyline, and with it a more engaging tale where supporting characters are strongly tied in. Sapkowski’s clever use of interludes is very welcome, especially those featuring Dandelion’s versions of events as he saw them.

With no plot spoilers given here, Geralt is contracted to protect a king from being murdered by his sons, who are angry at being denied as heirs to the throne. On top of this, Geralt finds himself in a web of sorcerer double-crosses while trying to recover his stolen swords. Bounty hunters, mutated monsters, an opposing witcher, and a destructive tsunami all combine to make for a crazy adventure that culminates in the greatest double-cross of all. It’s a page-turner to the very end, and it all ties together.

Since I’m writing for a game-literate audience, I feel comfortable in describing Season of Storms as being akin to what literary DLC might look like — it doesn’t attempt to advance the Witcher universe, but rather returns to what makes the series – and Geralt – terrific. It embraces the heart-pounding combat and complex characters of prior tales, but it also sacrifices a bit of depth along the way to do so.  I wouldn’t recommend of Season of Storms as a good starting place for those brand new to the Witcher novels, but I do consider it a solid read for those who are familiar with Geralt’s printed adventures. Rating: 8 out of 10

Season of Storms is published by Orbit. An advance copy was provided by the publisher for the purposes of review. There may be discrepancies between the advance copy and the final published version. The book was read in its entirety.