Creepier On The Go 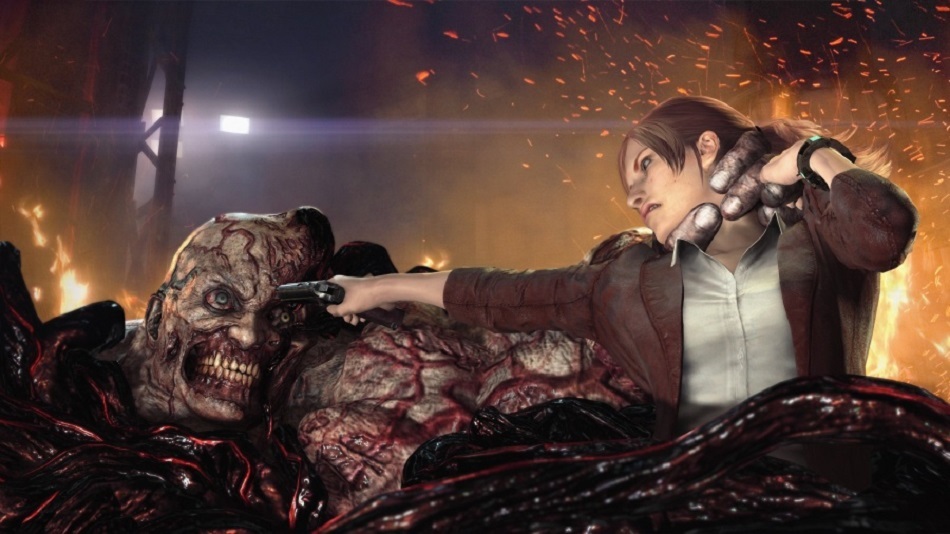 HIGH Genuinely getting the bejesus scared out of me.

WTF Waving wildly at enemies to no avail.

So far, in its first year of existence, something the Nintendo Switch has proven is that it’s adept at providing solid, remastered portable versions of older games. Resident Evil Revelations 1 & 2 is yet another example, offering nice upgrades of these Capcom scarefests from 2012 and 2015, respectively.

While we usually jump into discussion of a game’s content in a review like this, I think it’s worth first discussing how the game is sold. There’s been some confusion over the distribution of these remasters, specifically as they apply to the Switch. People in shops may notice that there’s a cartridge available for Rev 1, and this comes with a code for Rev 2. Apparently there is no physical version of Rev 2 to purchase separately. Online, both games are available for download separately, but there’s no deal for buying both together. To further muddy the waters, Capcom decided against new Amiibo characters for this release, which means that Amiibo functionality for Rev 1 & 2 resides within older Capcom Amiibos. A Ryu figure from Street Fighter, for example, unlocks things here even though there’s no actual SF element in the game.

So, the games. As far as remasters go, Revelations 1 & 2 look and sound wonderful. Capcom put a nice and shiny coat of virtual paint on both, and the audio side of things captures the trademark Resident Evil creepiness well. Omnipresent zombie groans from just around the bend are exceptionally well done, and ditto for gunfire pop. And the voice acting…well, it’s terrible as always. Another Resident Evil trademark.

Gameplay wise, the upgrades aren’t as noticeable. New motion controls are a nice idea but aren’t really functional — aiming works decently, but melee attacks often result in swinging wildly to nowhere. The reload motion is a big problem, as it’s too unreliable to be counted on. Like most Switch titles packing motion controls, I’m guessing that most players will try them once and then go back to standard inputs. 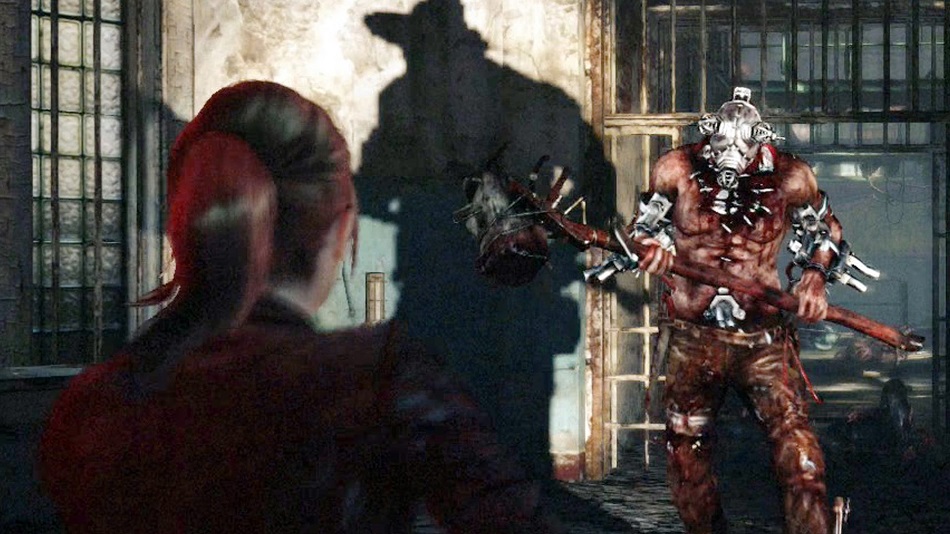 However, even using standard inputs, things can be dicey at critical junctures. The most concerning thing to me was that aiming via the Switch analog stick is in serious need of a patch. Attempts to precisely target an enemy’s head are almost always in vain, resulting in the choice to fire into torsos to make sure that damage is inflicted instead of risking a miss. In a game where ammunition is in short supply, this level of unreliability is frustrating, and doubly so when hordes appear.

Structurally, Revelations 1 & 2 are comprised of a series of episodes featuring different playable characters throughout. While this approach keeps things interesting and was quite successful in its original incarnation as an episodic release, these episodes can be inconsistent in quality. Exploring a creepy, abandoned boat? Terrific. Attacking a generic hideout stacked with boxes? Not so much.

Another structural thing to take note of is that Revelations 1 is a solo title featuring non-playable characters, while Revelations 2 requires switching back and forth between characters to solve puzzles. More often than not, this aspect of Rev 2 becomes a burden, rather than a benefit because the non-active character’s AI isn’t too sharp, and can both slow down progress and reduce immersion. Largely for this reason, I found Revelations 1 the better of the two.

Apart from the dim-witted AI, my only other critique lies in the inability to manually save within episodes. Both titles require a fair bit of exploration and wandering, which resulting in oodles of death thanks to trial and error. The patience of players will be tested in this regard, and also by the excessive loading times which will be triggered by a constant need to backtrack across vast maps and formerly-conquered areas. Hopefully a future patch will address both issues.

While these criticisms are worth mentioning, anyone who’s a fan of Resident Evil and has somehow not played this pair yet is sure to enjoy both, although I still maintain that Revelations 1 is the better of the two. With an ability to sync save data between games and an emphasis on bit-sized gameplay sessions, these entries are near-perfectly suited for the Switch library. Rating: 8 out of 10

Disclosures: These games were developed and published by Capcom. Copies of the game were obtained via publisher and reviewed on the Switch. Approximately 12 hours were devoted to the single-player mode, and the games were not completed. Five hours were spent in multiplayer modes.

Parents: According to the ESRB, this game is rated M and contain Blood and Gore, Intense Violence and Strong Language.  Combat is highlighted by screams of pain, realistic gunfire, and large blood-splatter effects. A handful of enemies are depicted with exposed organs, and one scene depicts an enemy having its hand cut off in slow-motion. Another scene depicts a human character shooting herself in the head with a pistol, resulting in a large splatter of blood. The words “f**k” and “sh*t” appear in the dialogue.

Deaf & Hard of Hearing Gamers: While enemies can be located via environmental noise, this is not required to play. However, players with hearing issues should be aware of this, and might face a slightly higher level of difficulty without the ability to hear ambient cues. Subtitles for dialogue are available.

Remappable Controls: No, controls are not remappable.