After This Life Of Crime, I’m Going Straight. 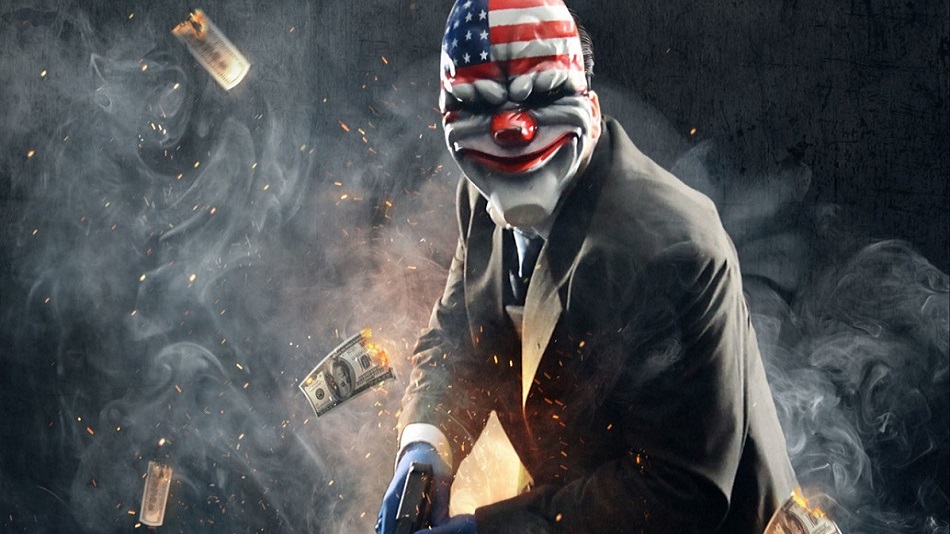 Payday 2 stands as the perfect example of a growing problem with the Nintendo Switch — that being developers porting substandard titles to the platform and then selling at a premium price, and this may just be the most egregious example.

For those who haven’t had experience with this series, Payday 2 is the sequel to 2011’s Payday: The Heist. It’s designed to be a multiplayer-centric, co-op experience where up to three teammates – with a combination of stealth and force – execute a slew of mission types to steal goods and outsmart the police. While Payday 2 can be played as a solo robber offline, the obvious aim is to loot and pillage with buddies.

There are so many problems here, it’s hard to know where to begin, but let’s start with the most obvious — the poor graphics. This Switch iteration most closely resembles the PS3 version from 2013. Even in handheld mode with a smaller screen and some squinty forgiveness, the graphics are poor. Voiceovers are likewise atrocious, with wooden dialogue and pitiful accents. Ditto for the poor gun sound effects.

The tutorials are also shoddy, leaving much relevant information unsaid. Four hours in, for instance, I learned that the ‘intimidation’ voice control used to lower the defenses of a policeman or to take a civilian hostage could also signal teammates to come and revive me. It would have been pretty useful to know this early on!

The gameplay is a convoluted mess, and executing basic functions is incredibly cumbersome in almost every instance. In addition to the standard shooting, for example, the player must deploy an item in some missions. However, the item can only be set down on certain surfaces. What should be a simple task of placing a suitcase on the floor requires far too much precision in the midst of combat, and there’s really no logic to why it only sometimes succeeds. 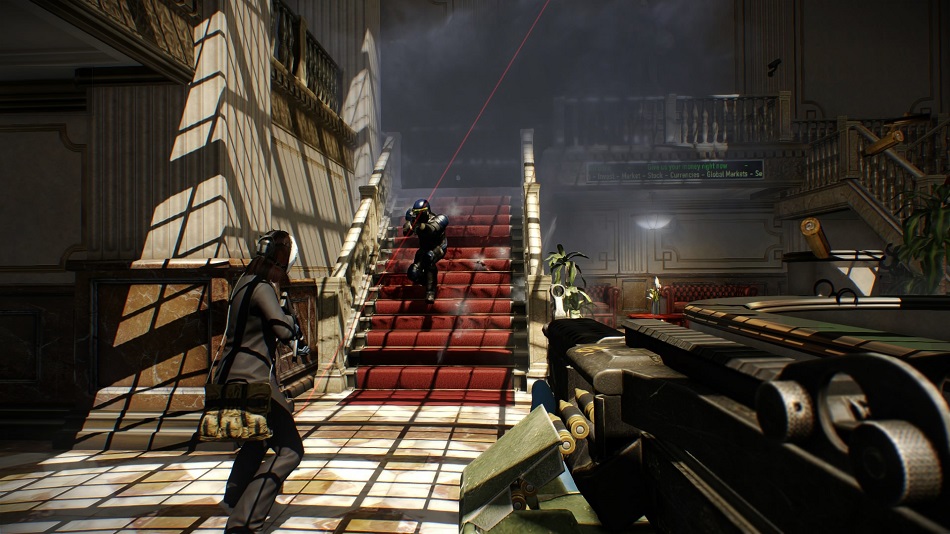 I also had control and interaction difficulties crop up when attempting to accomplish basic thief-oriented tasks — cutting bars, opening doors, picking up bags… None of it ever seems to work right. I like that Payday 2 requires more effort for complex tasks like lockpicking since it can be exciting to accomplish a tough challenge in the nick of time, but when it takes several tries to simply engage the lock, I’m no longer amused.

By far the most irritating part of Payday 2 is the AI, both friendly and foe. In offline mode, my partners-in-crime are the stupidest people on the planet. They never accomplish required mission parameters, and instead seem hell-bent on constantly engaging the police in firefights. This completely detracts from any sense of a crime being planned and executed with skill, and instead devolves every mission into a huge skirmish.

Making these constant shootouts worse, police summoned to crime scenes never stop spawning. Thanks to the brain-dead AI accomplices provided by the game, living players can expect to be continuously barraged by streams of enemies and gunfire while attempting to do anything. Do cops really send a hundred SWAT team members to prevent a small-time cocaine theft? This infinite stream of opponents results in missions that are far too long and monotonous — they’re more about wading hip-deep through bodies than they are about executing crafty capers.

Oh, and and don’t get me started on enemies glitching through walls en masse, nor the poor level design featuring non-intuitive maps and too much backtracking. Nothing makes me feel like a sly criminal quite like not being able to find my way out of a building. Combining all of these problems, the result are missions that should take five minutes being stretched out into at least thirty, and every quick snatch-and-grab becoming a massive standoff. Sadly, the touted ‘hostage taking’ or ‘police intimidation’ features never get to come out and play since there are simply too many spawned enemies for these aspects to occur.

All of these criticisms were present in the game back in 2013, so nothing has been done to rectify them for this re-release. At the time it was new, the general consensus was to go online with teammates in order to avoid the AI issues. Unfortunately, the Switch has no voice chat to properly coordinate heists, and there’s no community online even if there was — I’m guessing few Switch owners will be willing to drop $50 on a flawed, outdated title that hinges on multiplayer that the Switch can’t do properly.

The sad part is that with some real work put into it, Payday 2 could have been awesome on the Switch. If some of the old problems had been solved, motion controls included and the graphics updated, that would have been a great start.  Instead, I’m left with poor visuals, glitching enemies, terrible AI and no way to coordinate with anyone who wants to play. As it stands, it’s extraordinarily difficult to recommend this version of Payday 2 when better versions of this broken game exist at half price on other platforms. Rating: 4.5 out of 10

Disclosures: This game is developed by Overkill Software and Starbreeze Studios, and published by 505 Games and Starbreeze Studios. A copy of the game was obtained via publisher and reviewed on Switch. Approximately 10 hours of play were devoted to offline mode, 5 online, and several missions were completed.

Parents: According to the ESRB, this game is rated M for Blood, Drug Reference, Intense Violence, Strong Language, and Suggestive Themes. Players use pistols, machine guns, and sniper rifles to shoot and kill various human characters, including police members. Violence is highlighted by realistic gunfire, cries of pain, and large blood-splatter effects. Women are depicted in suggestive poses and/or revealing outfits. Some missions require interaction with drugs. The words “f**k,” “sh*t,” and “a*shole” appear in the dialogue.

Deaf & Hard of Hearing Gamers: Audio is not required to play this game, and subtitles are provided throughout. I did not find it more difficult when playing without sound.

Remappable Controls: Controls are not remapabble.