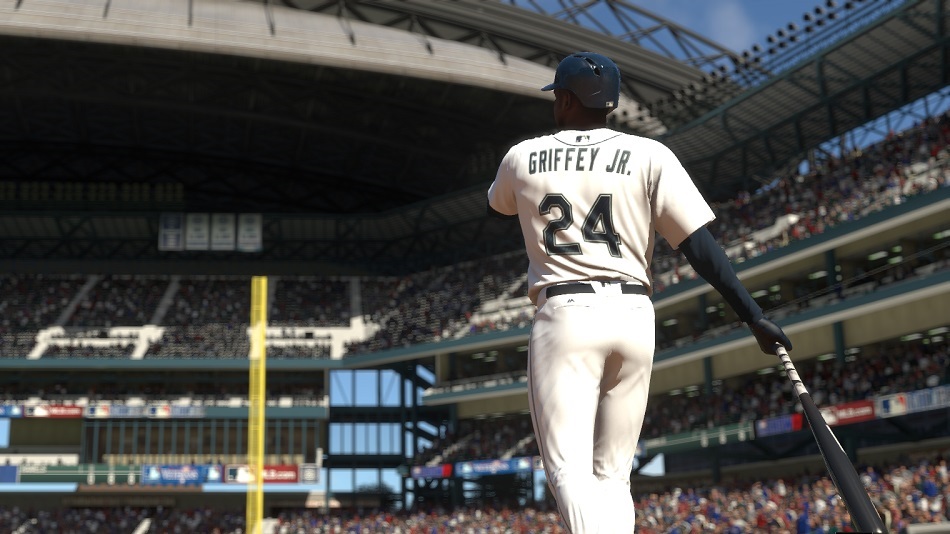 HIGH Basking in the beautiful and surprisingly alive stadiums.

LOW The feeling you’ve done this before. Many times.

WTF Baserunning is still a disaster.

MLB The Show 17 has finally taken the big step forward that fans of the series have been demanding for years. Yes, the same modes return for the umpteenth time and production receives the usual tweaks, but the game is now greatly improved thanks to an array of irritating quirks and quibbles that are now largely gone.

To begin with, the AI and animations are now thankfully somewhat realistic, although it’s never perfect. Staccato canned animations that used to hamper the series are now almost completely absent. Outfielders no longer get stuck running ‘on ice’ in particular directions, and infielders are free of irritating field and throw hitches that could drive one insane. Ball physics are significantly better, helped by livelier bounces, less scripted movement, and appropriate speed differentials off bats and surfaces.

Perhaps the biggest upgrade in this area is in the hitting physics. Balls now fly off bats more accurately based on swing location and timing. At long last, when I ground out to short, I know why. There are also noticeable adjustments to fouling off pitches.

Conversely, all stays the same in pitching. There’s nothing truly wrong with it, but a bit more randomness (sans endless slider adjustment) in speed and location would be welcome. Yes, players now sport certain traits that contribute to pitching and hitting success, but there’s not enough done to remove the sense of autopilot when on the bump.

Sadly, the terrible baserunning is unchanged. It’s non-intuitive, occasionally non-responsive, and automating it greatly reduces the ability to use the speed game to one’s advantage. For the life of me, I can’t comprehend why the devs stick with this system versus employing the analog pad. It’s frustrating to lose at least a few runners per game on premature steal attempts or baserunning over/under enthusiasm.

Visually, this is the best The Show yet. Player models are significantly improved, with many of the rigid face and body angles replaced with textures. It also supports PS4 Pro and 4K. As far as the stadiums go, they are jaw-droppingly gorgeous. They’ve always been good, but never this good. The fans in the seats are always up to something, and they logically respond to game situations. I would frequently pause and just admire the atmosphere. 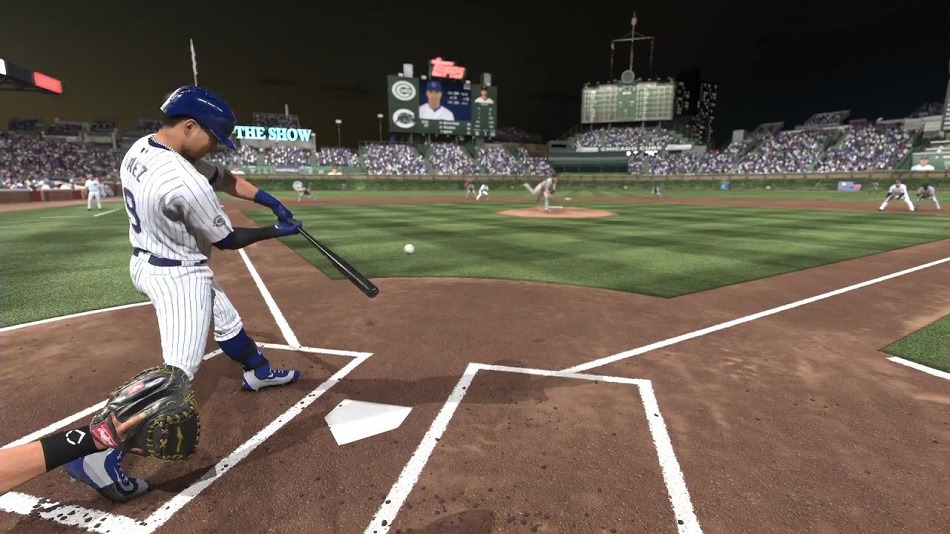 Commentary and audio were never highlights of The Show, and that remains. They’re not bad, but there are no upgrades here – the play-by-play is boring and redundant, although the soundtrack remains catchy with some good selections.

As far as modes go, Diamond Dynasty remains, well, Diamond Dynasty. Fans get virtual player cards to play and trade, competing with others for bragging rights and more cards. It’s the online mode of choice, and the hunt for bigger and badder cards keeps it lively. It still suffers, however, from an over-reliance on micro-transactions to acquire top cards and legends. One can play without paying, but this requires a fair bit of grinding to progress.

Road to the Show is the same, and still my favorite part of The Show — the joy of watching my player make his journey from being a fresh pick to a seasoned pro never gets old. Even moreso now with multiple positions and save files, each playing differently. The 2017 version is also more immersive with accompanying commentary and dialogue-based decision making. These are, thankfully, not on a rigid timeline tied to a pre-determined outcome.

The only genuinely new mode available is a useless retro-themed one desperately trying to emulate Ken Griffey Jr. Presents Major League Baseball from the old Super NES days. It’s pretty much The Show forced into a 16-bit framework with minimalist controls. It tries too hard to be nostalgic and goofy, and unfortunately it fails at both.

Finally, the load times are improved somewhat. The endless wait to launch the game and play are now at reasonable intervals. It could be better, but it’s no longer long enough to check my phone and send a few emails.

While it’s still got room to grow, what’s here is great for fans of baseball. MLB The Show 17 is a clear step up from 2016 in gameplay, presentation, and overall experience. Some control and commentary quibbles remain, but not enough to detract from what is the best in the series to date, and one of the best baseball games today. As a PS4 exclusive, Xbox players should be envious. Rating: 9 out of 10

Disclosures: This game is developed by San Diego Studios and published by Sony Interactive Entertainment. It is currently available on PS4. This copy of the game was obtained via publisher and reviewed on the PS4. Approximately 20 hours of play were devoted to single-player and multiplayer modes.

Parents: According to the ESRB, this game is rated E for everyone. There are no descriptors. This is a baseball simulation game in which players compete with Major League Baseball teams in a number of different modes (e.g., Franchise, Road to the Show, Home Run Derby). Players can adjust an athlete’s power and precision while pitching or batting, and can initiate defensive strategies while fielding.

Deaf & Hard of Hearing Gamers: This game features subtitles, and there are no audio cues necessary for successful play. It is fully accessible.