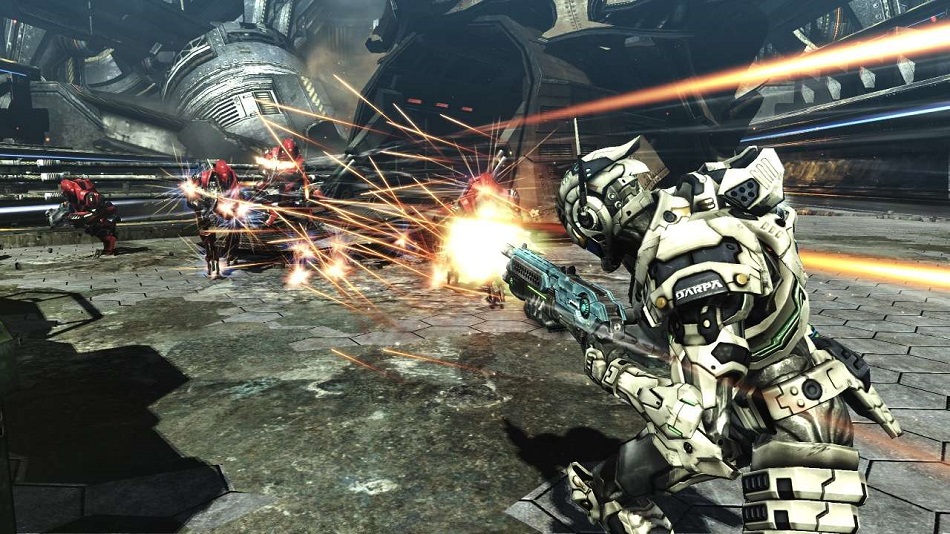 LOW The port’s difficulty is a bit askew.

Well, that was quick. When Sega answered PC gamers’ prayers at the beginning of April and finally released Bayonetta on Steam, I wondered if we’d be also seeing a port of Platinum Games’ other action masterpiece from that era. Lo and behold, not two months later, Vanquish has arrived on Windows. There is a God!

Vanquish was a tough sell back in 2010 when we were still neck-deep in cover-based shooters and Japanese developers were largely untested in this genre. But anyone who took the dive on Vanquish knows that its uniquely Japanese zaniness is precisely what made it stand out against shakycam-laden self-seriousness of its Western counterparts. Platinum injected the Gears of War formula with the manic energy of their character action titles, and the results were a delight. Seven years later, it’s still a blast.

Set in a highly fictitious sci-fi universe in which Russia seeks world domination and the U.S. government isn’t okay with that, Vanquish puts players in a DARPA suit that can propel protagonist Sam across the battlefield at an extremely high velocity — this is one of the few cover-based shooters in which the main character doesn’t feel like he’s carrying a sack of bricks. Combined with a generous helping of destructible cover and the constantly shifting enemy formations, Vanquish encourages players to keeping moving. Stop-and-pop, this isn’t.

Oh, and whereas an American production would be too dignified to implement a slow-motion mechanic triggered by performing a dodge-flip, Vanquish has no such reservations. It’s smooth and stylish in ways games like these typically aren’t and it’s got the pacing to match. 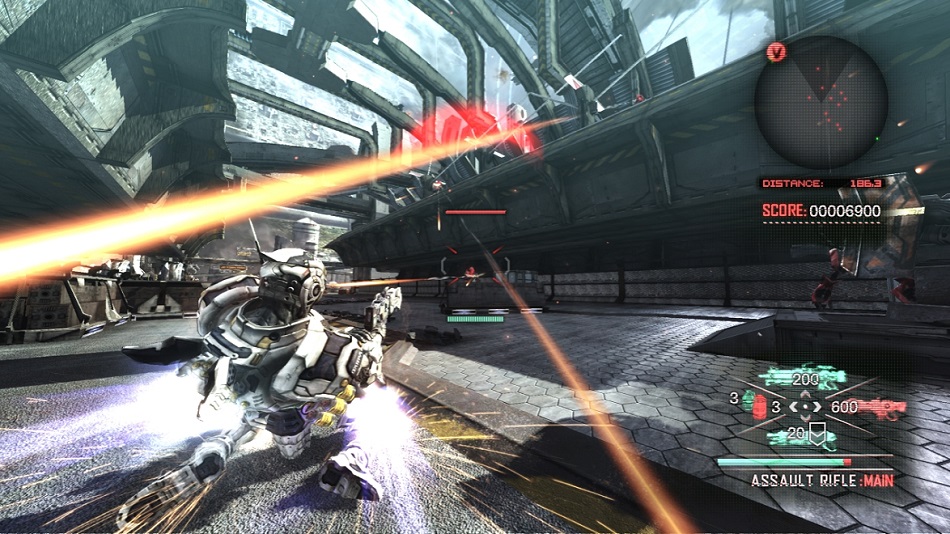 While the campaign only runs about five or six hours, it’s as lean as a filet mignon, shuffling players from one big set piece to the next with next to zero downtime. There are sequences set on speeding trains, atop collapsing bridges, and underneath towering war machines. This is a seven-year-old game and the textures and particles show their age, but Vanquish’s contagious energy shines through regardless. It’s a breathless, first-rate actioner.

While Vanquish long held the distinction of being one of the few Platinum games not to run at 60fps, the PC release finally rectifies that. Combined with a resolution upgrade and mouse-and-keyboard support, it nearly goes without saying that this is the best version of Vanquish available. However, it comes with a bizarre caveat — the port was handled by a team called Little Stone Software, and a clumsy oversight initially caused Sam to take too much damage due to the higher framerate. Ironically, finally getting to play the game the way Platinum no doubt intended (and 2010 technology couldn’t handle) made it excruciatingly difficult.

It’s since been patched to an extent, but something about the difficulty remains… off. In particular, certain attacks like melee strikes or the Romanovs’ beam weapons often result in instant deaths when they shouldn’t. It’s by no means a deal-breaker, but it’s a shame to see an otherwise perfect port botch that particular aspect.

I should also note that aside from upgrades to the framerate and resolution, Vanquish hasn’t been remastered in any way for this release. Now that the game is so fast and sharp, the frequent pre-rendered cutscenes look even more awful than they did before, which is an issue only counterbalanced by the fact that nothing of note ever happens in them. Storytelling has never been Platinum’s strong suit, and the two gravelly-voiced protagonists’ constant efforts to out-masculine each other remains Vanquish’s lone universal flaw. When control is taken away, that’s when I go grab a soda.

On the other hand, the minimal number of changes made to this re-release likely helped keep the entry fee reasonable. As much as I loved Vanquish when it first launched, it was tough to justify paying full price for a five-hour title with no multiplayer, few extras, and little replay incentive. Now, PC gamers can finally get their hands on an overlooked gem from the last generation for a fair $20. It’s worth it for the nonstop excitement Vanquish still offers, and I’d have been far less eager to see cover-based shooters go if they’d all been this energetic. Rating: 8 out of 10

Disclosures: This game is developed by PlatinumGames, published by Sega, and ported to PC by Little Stone Software. It is currently available on Xbox 360, PlayStation 3 and PC. This copy of the game was obtained via publisher and reviewed on the PC. Approximately six hours of play were devoted to the single-player mode, and the game was completed. There are no multiplayer modes.

Parents: According to the ESRB, this game is rated Mature and contains blood and gore, intense violence and strong language. F-bombs are thrown about constantly. Players are only ever shooting robots, but cutscenes often depict graphic violence against humans, such as exploding heads or severed limbs.

Deaf & Hard of Hearing Gamers: There’s a subtitle option, but for some reason, this only applies to cutscenes. There’s a considerable amount of in-game dialogue, much of it important (as characters lay out objectives or warn of incoming threats) and none of it is subtitled. Gamers who are hard of hearing may have a difficult time with this one.

Has it really been 7 years already? Oh my… way too long without a sequel! I remember ignoring the trailers, since it was marketed like just another cover based shooter. That was the time where you couldn’t swing a cat without hitting at least a dozen of them. Only due to word of mouth I was eventually convinced to pick it up and I think it was during the first boss fight, when its swarm of missiles and murder-beams blew away my cover, was when I realized this is not your usual 3rd person shooter. Looks like the port is… Read more »