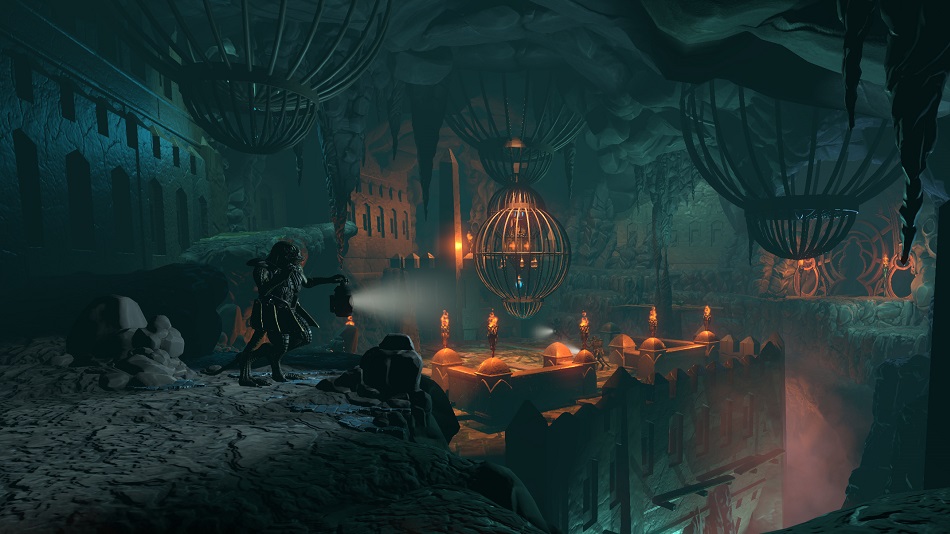 The subject of this installment: Underworld Ascendant, developed by Otherside Entertainment and published by 505 Games.

By now, everyone with any attachment to the Ultima Underworld series has likely heard about the disastrous Ascendant, which accomplished the staggering feat of being the worst-reviewed mainstream game in the week that also saw the release of Fallout 76. I welcomed the review opportunity with open arms before I had heard how bad it was, and the feeling of disappointment rushing over me as I played was a surreal experience.

I was unaware of Ascendant’s existence until roughly a week before its release, and what a pleasant surprise it was. The original Ultima Underworld titles are a bit before my time, but as the godfathers of the “immersive sim” genre, they’ve inspired some of my favorite titles. A modern incarnation should have finally given me the opportunity to fully appreciate this series, and given that the project was headed by Paul Neurath – the founder of Looking Glass Studios – there was no reason to suspect that things would go amok, yet here we are.

What a sharp reversal of fortune this is. Ascendant is ugly, unwieldy and poorly-programmed, but beyond that, it demonstrates a fundamental misunderstanding of what gamers even want. It’s hard to believe that the people behind this project have even done something like this before, but that they’re responsible for some of the most influential games of all time is beyond belief. Are we sure that the real Paul Neurath isn’t tied up in a basement below Otherside’s offices? 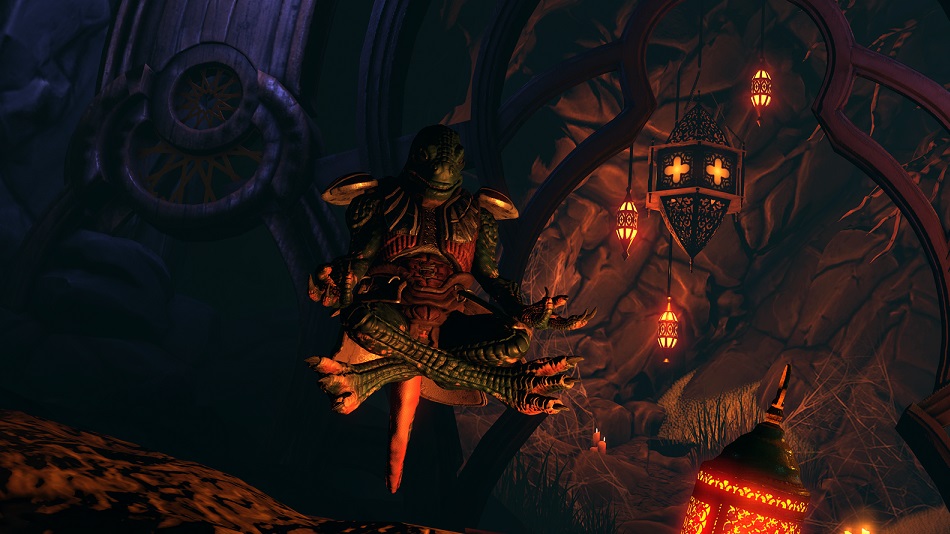 The “immersive sim” label refers to games like Deus Ex or the recent Prey that emphasize multiple solutions to a given problem. In Ascendant, or at least what little I played of it, the focus is on moveable objects and fire physics. If I want to reach a high ledge, I stack a few crates and create stairs. If I need to flip a distant lever, I throw something at it. If I want to get through a wooden door and I don’t have the key, I burn it down. Pretty simple stuff, but there’s always potential in allowing players to formulate unorthodox solutions with the array of tools and systems they’re given.

Ascendant, however, feels about fifteen years old. The physics are stuttery and unreliable. The hit detection is wanting. The enemy AI consistently makes a zombie-like beeline for the player, and the combat is so lacking in feedback that I was often unsure whether or not I was even dealing damage. Ascendant’s environments are ugly even by the standards of nondescript caves and they’re also unforgivably dark, even with the brightness cranked all the way up.

The game even has the obnoxious Doom 3 problem where it doesn’t let players wield the glowing stone that functions as a flashlight simultaneously with another item. My character has two hands, Otherside. I can clearly see both of them. (And Doom 3 eventually corrected the design in a later version, so why even copy it?) 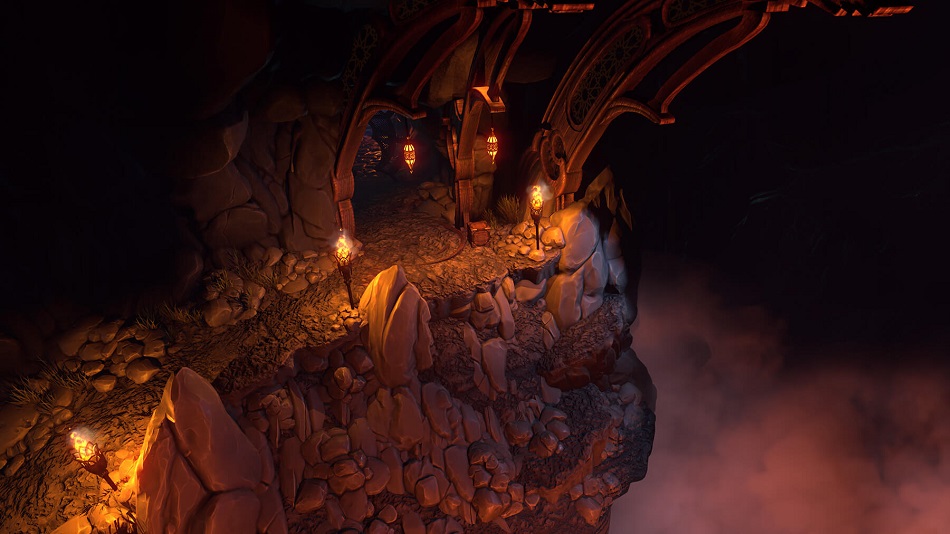 I got close to the end of the first level before getting swarmed by a bunch of skeletons I could barely see. I stepped away from the game for a bit to cool down, then reloaded my save file. This was when I discovered Ascendant’s most notorious flaw – it lacks a traditional save system.

Progress is only actually saved between levels, each of which can supposedly run upwards of an hour. Although players have the option to save mid-level, all this does is preserve the player’s inventory. Upon rebooting, I was back at the start of the stage, with all puzzles reset. With Ascendant’s programming being as dodgy as it is, I thought for sure that this was a bug, but no – the developers were quick to clarify that this is actually how the save system was designed.

How is it possible that seasoned industry veterans need to be told, in 2018, that people like having the option to save their progress? Why should I trust a team like that to pull Ascendant out of the mess that it’s in? What reason do I have to keep playing what’s already in front of me if they’re making decisions as amateurish as that? 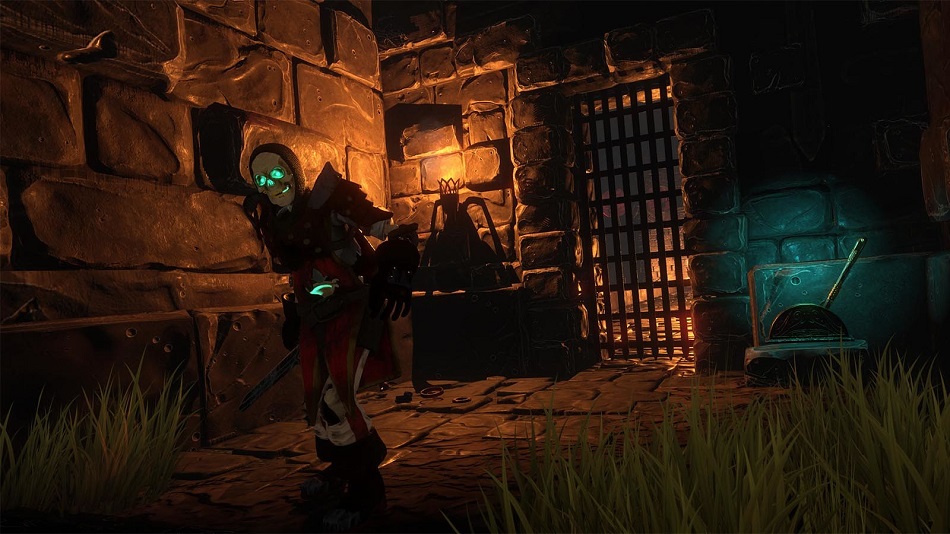 To the team’s credit, they’ve been working hard to un-sink this ship in the weeks since release, putting out multiple hotfixes and providing a roadmap for their long-term goals. A traditional save system will supposedly be patched in by the end of the year.

I’ll be honest – a big part of the reason I’m not formally reviewing Ascendant is because I just don’t want to play any more of it. But the fact that it’s so blatantly unfinished – and that Otherside is so rapidly working to get it in decent shape – means anything that I say about it could be outdated within a week. Between the time I finish writing this article and the time it’s published, Ascendant could be a completely different game*. Granted, that’s always true in an era where games are getting more post-release support than ever, but it’s especially evident when a team tries to pass off a wrongheaded alpha as a completed project.

*This literally wound up happening. Shortly after I wrote this article, an overhauled save system was patched in. So while Ascendant is probably better now, this underlines my point that there’s no sense in reviewing a game that could undergo radical changes at any moment.

Hmm, I disagree with your approach to be honest. The game was on sale as a complete product, and that is what you should review. It’s not early access, it’s done – version 1.0, complete, ready. Games get patches all the time these days, so with that thinking, no game should ever get a review. Hitman 2 has a review, yet I downloaded a(nother) huge patch the other day… Where is the line? I think, understandably, you have such respect for these developers due to their previous work, you’re giving them a pass.

Fair points, and in almost any other case, I’d have agreed with you. I think my problem with reviewing Ascendant is that I’m just so very TIRED, at the very end of a year that has had me playing an exceptional number of profoundly bad games. At least in the case of Fallout 76 (which, again, I played the same week), I felt a certain responsibility to deliver a hard verdict on a game that I was worried too much of the press would be going easy on. With Ascendant, though, it already has a 38 Metascore, so I’d just… Read more »

You played this the same week you played Fallout 76? You have my sympathies dude. May 2019 bring you a full recovery (and some energy)!