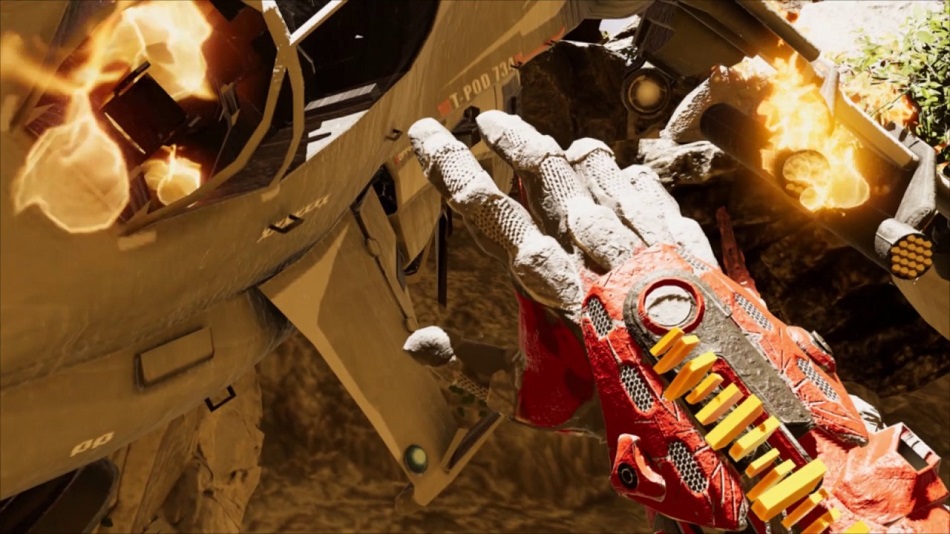 The subject of this installment: Seeking Dawn, developed and published by Multiverse.

Buying a Vive has ever-so-slightly expanded my appreciation of Early Access. Virtual reality is genuinely new territory for videogames, and it’s being mapped out almost exclusively by small teams with limited resources. I’m still not keen on the idea of charging money for blatantly unfinished work but I recognize that VR developers need a bit more leeway, and I’m just happy that someone is exploring this technology even as it remains a niche market.

So, maybe we’re just not at the point where we can expect something as ambitious as Seeking Dawn to bypass the Early Access stage altogether and then launch without many, many hitches. Despite undergoing an official release, the game is clearly in no shape to be sold as a finished product, and consequently in no shape to be reviewed as one.

Seeking Dawn takes elements we’re well familiar with and attempts to enhance them with the added immersion of VR. We’ve explored plenty of distant planets, but we’ve had fewer opportunities to crane our heads around and witness alien landscapes enshrouding us from every direction. We’ve gunned down plenty of space marines, but it remains a joy to physically raise one’s arm and fire a bullet directly into an enemy’s skull. In light of this, when I say that there would be nothing remarkable about Seeking Dawn if it wasn’t in VR, that’s not as damning as it sounds because well-worn concepts can find new life on this platform. Hell, the game being staggeringly gorgeous is almost enough, as Seeking Dawn provides some of the most convincing alien environments and lifeforms I’ve encountered in VR. I shrivel up at the sight of a giant insect on a computer monitor, but looking up and seeing it physically tower over me is something else entirely. 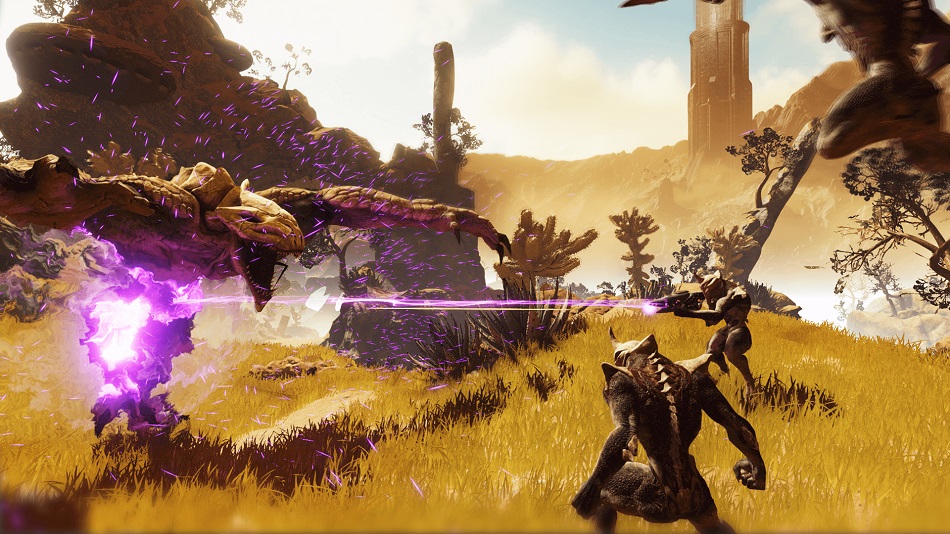 Unfortunately, impressive visuals are about the only trick up Seeking Dawn’s sleeve. Although it’s billed as a survival game, it barely meets the qualifications. Staying healthy is a simple matter of eating food regularly enough to satisfy the bog-standard hunger and thirst meters, and the game doesn’t feature a “base-building” mechanic so much as it provides a pre-built base in which players can set up a handful of crafting stations. There are occasional scripted attacks against the base, but it’s a problem a couple of well-placed turrets will solve without much issue.

More crucially, Seeking Dawn is too linear in structure to reward players with the sense of overcoming a harsh environment. I was only ever exploring the one location that the plot made available to me, gathering whatever resources happened to be there, and hoping that would be enough. Although the environments look gorgeous, they’re effectively just wide corridors arranged in a straight line.

So the survival element is pretty thin, and while that’s not necessarily a flaw, Seeking Dawn doesn’t fill that gap with anything else. Multiverse had to cut some corners where the story was concerned – particularly with regards to the awful voice acting that’s meant to sell it. The combat is okay by virtue of VR gunplay being inherently cool, but the AI is easily exploitable and the weaponry is generic. The one boss I encountered during my play time, though visually impressive, was a bullet-sponge snoozefest. 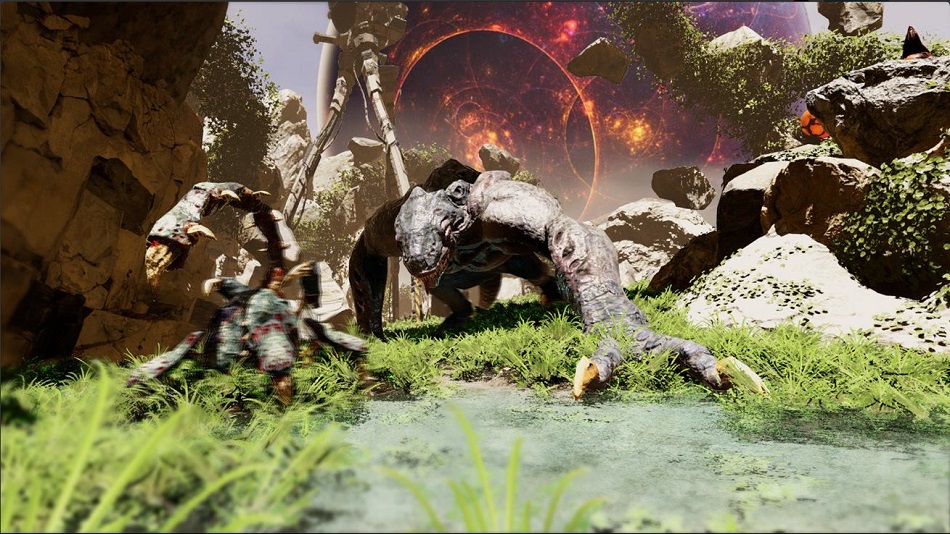 Seeking Dawn is just a generic game – better in VR, yes, but that boost can only carry it so far, and this is supposedly a 20-hour campaign. To make things worse, it’s also a technical nightmare. Objectives frequently don’t trigger properly, sound constantly cuts in and out, and I lost count of the number of times I had to warp back to base because my character got stuck in the environment’s geometry.

I eventually encountered a game-breaking glitch in which the fog effect caused by enemy explosives would make my entire display – including menus – go black. This occurred repeatedly, and often enough that I was forced to call it quits when I couldn’t make it through a particular enemy encampment (at the start of the volcanic region) without it happening and forcing me to reboot the game.

I began playing Seeking Dawn a few days before it went public, and during that time, I was hit with several other game-ending bugs, including one that prevented me from leaving the very first room. Amazingly, they were all fixed in time for the official release, and the developers have apparently already been working to address the other issues that players have been reporting. There may very well come a time when I can recommend Seeking Dawn.

However, in its current state, it’s borderline unplayable, and the underlying game feels too simplistic and uninspired to be worth the trouble. The project clearly still belongs in beta, where Multiverse would be afforded more time to iron out the bugs and flesh out the systems. The idea of exploring lush alien landscapes in VR is appealing to me, which is why I want to be charitable to games like Seeking Dawn, but this title is a long way off from earning its forty-dollar price tag.