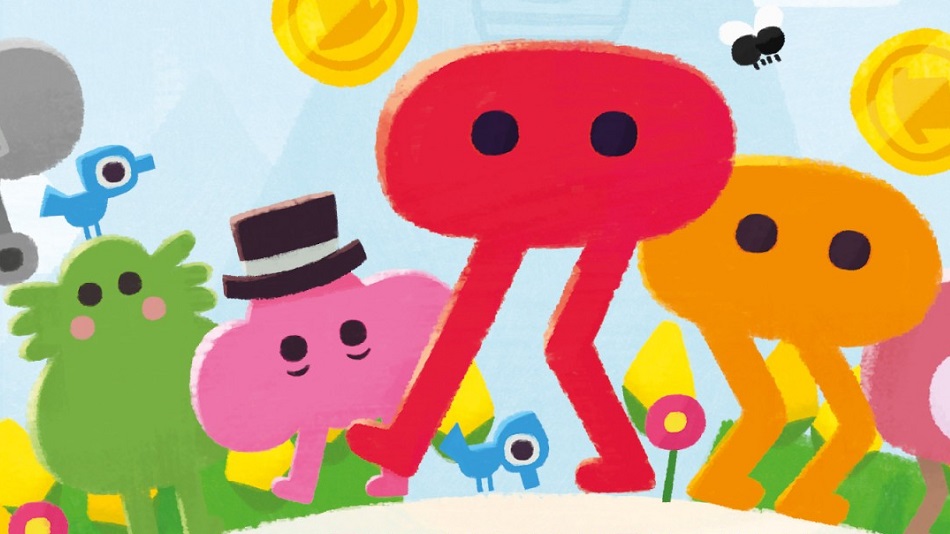 The subject of this installment: Pikuniku, developed by Sectordub and published by Devolver Digital.

Pikuniku is one of the most casual games I’ve ever played. Its small development team has some strong ideas for visual style and tone, but seems unsure of what sort of game to put them in, and the result is relaxed and noncommittal. Pikuniku spends its short campaign flipping through ideas that never fully blossom and aren’t particularly original anyway.

Players control a character simply known as “the Beast” — a clearly harmless cave-dweller who’s ostracized and feared by the local village. The campaign is mostly comprised of fetch quests, and there’s a running joke where players are rectifying problems that they accidentally created, calling into question whether the adorable Beast really is as dangerous as they say. The developers quickly drop that angle, though. Later, the Beast gets caught up in a corporate scheme to extort the locals, but the underlying themes of capitalism go similarly unexplored. 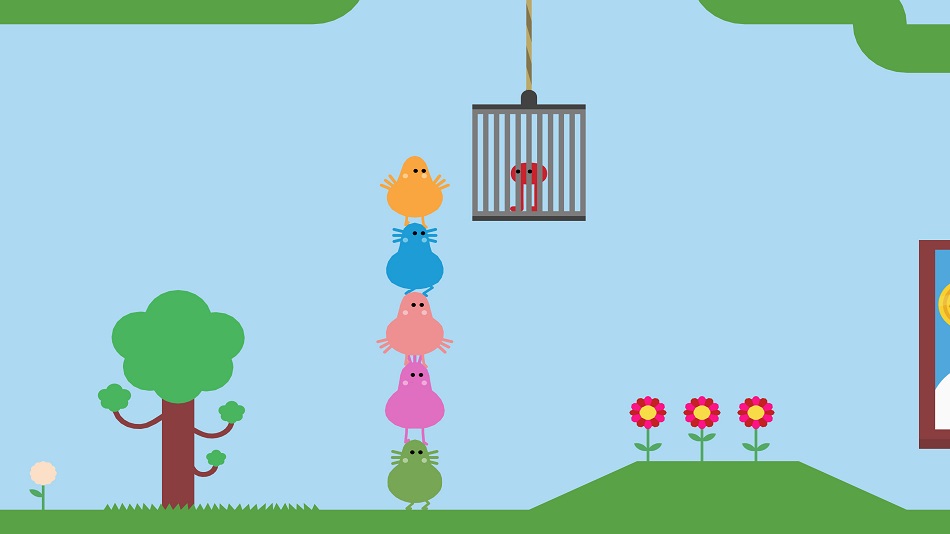 I’m not even sure how I’d categorize Pikuniku. Is it a platformer? I guess, but that would imply higher stakes than what this game offers. There’s only one optional sequence in which anything approaching a serious degree of reflex is necessary, seemingly there just to satisfy players looking for more stimulation. Is it a puzzler? The physics and procedural animation are impressive, but Sectordub does almost nothing productive with them in a game that’s 99% item-hunting. All we get is a neat basketball mini-game that, again, only seems to be there so players stay awake.

Granted, Pikuniku gets points for being cute and funny. The use of plain colors and simple shapes gives it the look of something made of construction paper, and there’s just enough PG-level profanity to avoid the stigma of being full-on “kiddie” (if that’s something that even bothers anyone anymore). The dialogue frequently made me chuckle, mainly because it deliberately eschews basic grammatical rules, over-punctuating sentences and ignoring capitalization. It’s amusing to see the cast of a perfectly legitimate videogame communicate in social media dialect. 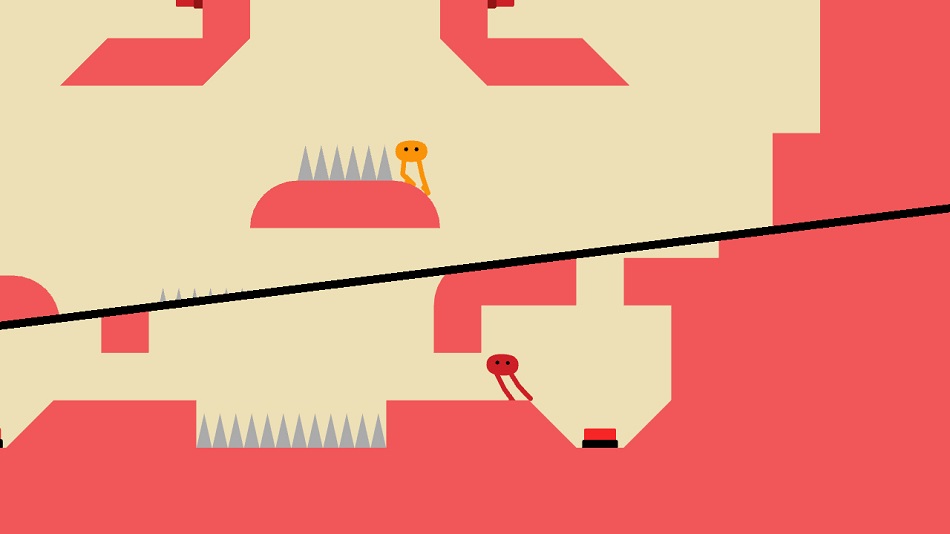 That said, I don’t know anything about the characters of Pikuniku other than their capacity to make me grin. Lacking any substantial gameplay hook, Pikuniku feels like a two- or three-hour hangout session with a selection of blobby, indistinct-looking caricatures with only a handful of lines apiece. I took no pleasure in running errands for them, and I certainly didn’t care about the broader corporate struggle that they face.

I’d stop short of calling Pikuniku a bad game – it’s too inoffensive for that – but it’s a delivery system for one-liners at best, running players through several hours of unfocused, stakes-free puzzle/platforming for a sprinkling of modest laughs. It’s a comedy routine that’s a game only out of obligation.