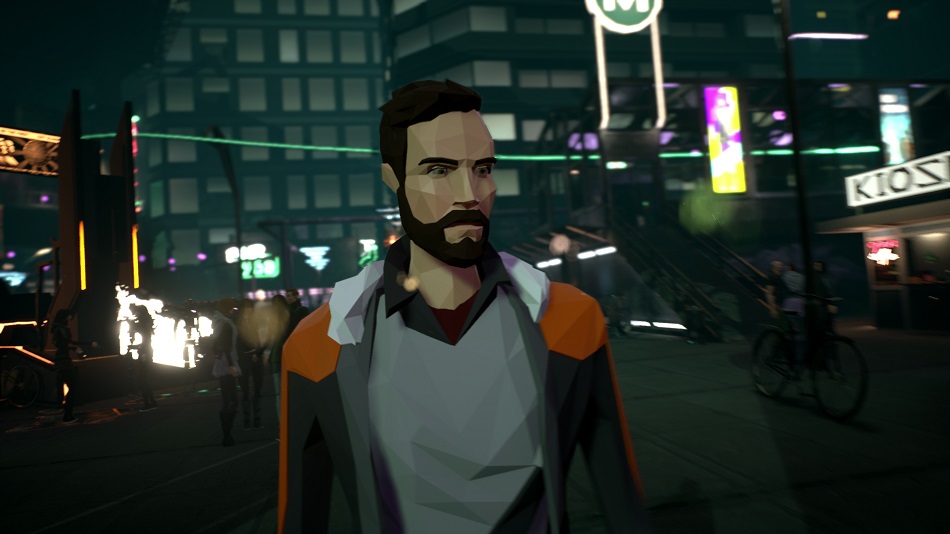 HIGH The fascinating, visually arrested world that Daedalic has built.

State of Mind is the sort of adventure game that has little interest in exploring the potential of player expression in a linear narrative. There’s nothing inherently wrong with that, but if State of Mind exists purely because director Martin Ganteföhr had a story that he wanted to tell, it raises the question of why said story feels so incomplete.

The game purports to be the kind of mature, philosophical sci-fi that we still rarely see in this medium. It’s got almost no action and the visual style makes no attempt to mimic big-budget production, instead settling on a low-poly-count look that’s both beautiful and easy on the eyes. For those reasons, State of Mind makes a staggering first impression, yet a muddled final act prevents it from sticking the landing.

State of Mind primarily centers on two protagonists. The first is Richard Nolan, a disgraced journalist whose cozy apartment doesn’t quite mask the fact that life in this Blade Runner-inspired, futuristic vision of Berlin kind of sucks. It’s perpetually nighttime, privacy seems to be a lost concept, and poverty is rampant now that androids are hogging all of the work. 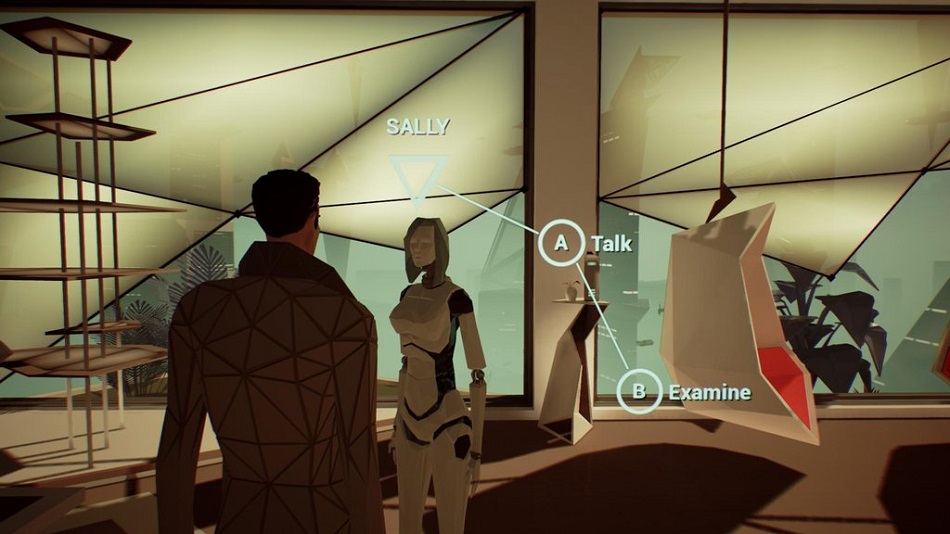 The second major character is Adam Newman, who’s living happily in a sunny, pristine utopia known simply as City5. Things seem suspiciously perfect here, probably because none of it is real. As we learn an hour or two into the game – and as the marketing plainly reveals – City5 is a virtual world, a carefree respite from the dank hell that reality has become.

As for why exactly this virtual reality exists, I hesitate to say too much, but Ganteföhr has mentioned in interviews that State of Mind explores the topic of transhumanism and the idea that people can exist beyond corporeal limitations, so that should be a clue. While Richard and Adam clearly aren’t quite the same person – they look different, and are voiced by separate actors – their lives have clear parallels. They’re both journalists. They both have a wife and son. Their apartments even share the same layout.

Anyone will quickly ascertain that Adam is living an idealized version of Richard’s life, and State of Mind is at its best when it explores the connection that these two characters have, and what the existence of one means to the other. Adam must come to grips with the possibility of the world around him not being material, while Richard is concerned that some fragment of his identity has been stripped away, replicated, or made commonplace.

For much of the first half, players can freely switch between the two protagonists as they pursue their own goals – Richard uncovering a possible conspiracy involving his missing family and the virtual reality, and Adam pondering over the authenticity of his life experiences. While City5 is obviously a more pleasant place than Berlin, the more surprising development is that Richard is a bit of an unsympathetic bastard. This digital universe may be doing more than shielding Adam from the harsh real world – it may be making him a better person. 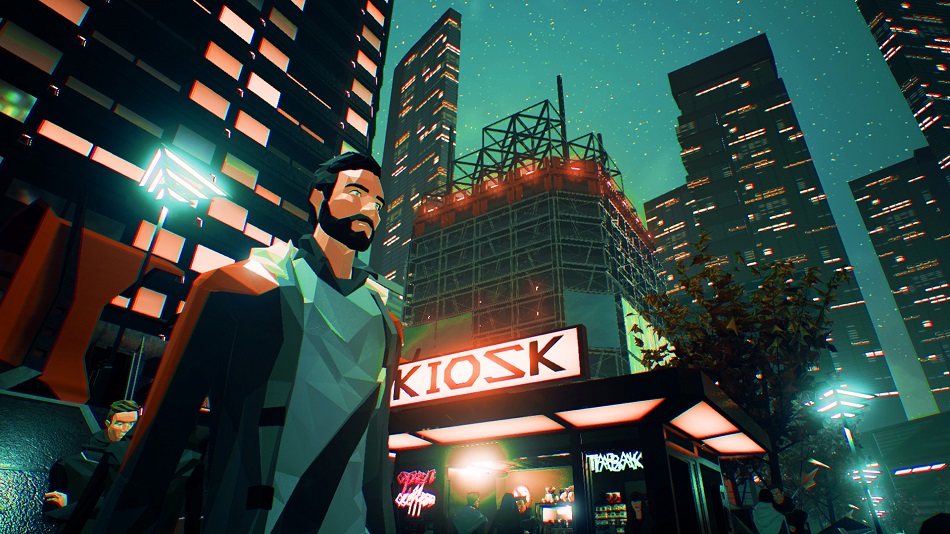 Unfortunately, State of Mind‘s focus sidelines Adam for the later chapters. What begins as a measured, meditative drama ends as a rather generic thriller, in which the heroes conveniently stumble upon the answers to all of their questions (complete with strategically-placed audio logs) and the villains have one-dimensional motivations.

This latter portion is also thematically overstuffed. State of Mind’s central hook is the definition of reality – whether a fake world can be preferable to the real one, and at what point we’re ultimately sacrificing our humanity. This isn’t new territory in sci-fi or even in video games (SOMA tackled this subject extremely well), but it’s intriguing nonetheless. Other tangents like the ethics of cloning or an extended sidebar in which an android grapples with free will are under-explored, and their inclusion robs State of Mind of a unifying point.

This lack of focus is further exemplified by State of Mind’s finale. Much of the final third is unnecessarily prolonged by simplistic puzzles and stealth sections, yet the actual ending feels rushed. The villains’ plans don’t even fully materialize before they’re quickly swept under the rug, and then it all just ends after a nonsensical “moral choice,” the consequences of which weren’t adequately set up. As the credits rolled, I sat befuddled by dangling plot threads instead of ruminating over my decision, as Ganteföhr had likely intended.

It’s a huge problem when the narrative of a narrative adventure fails to come together in a satisfying way, yet I struggle to write State of Mind off completely when its style is so striking, its world so rich, its ideas so fascinating. The game reportedly had a long development cycle, so it’s possible that Ganteföhr simply ran out of the time or resources necessary to properly finish telling this story, but even if the questions here are infinitely more interesting than the answers, I’m glad that someone is asking them. Rating: 6.5 out of 10

Disclosures: This game is developed and published by Daedalic Entertainment. It is currently available on PlayStation 4, Xbox One, Switch and PC. This copy of the game was obtained via publisher and reviewed on the PC. Approximately ten hours of play were devoted to the single-player mode, and the game was completed. There are no multiplayer modes.

Parents: According to the ESRB, this game is rated Mature and contains Blood, Language, Partial Nudity, Sexual Themes, Use of Drugs and Violence. State of Mind deals with a lot of adult material, but the worst of it is suggested, rather than depicted in any graphic manner. One character sells cyber-sex favors, but this is only shown during one scene in which she poses for a patron who ends the call before any overtly sexual activity occurs. Violence is scattered and only occasionally a bit bloody. Language is moderate and infrequent. I’m not a parent, but I think a mature teen can handle this.

Deaf & Hard of Hearing Gamers: Subtitles are available for all dialogue, and audio cues do not factor into gameplay. It’s fully accessible. 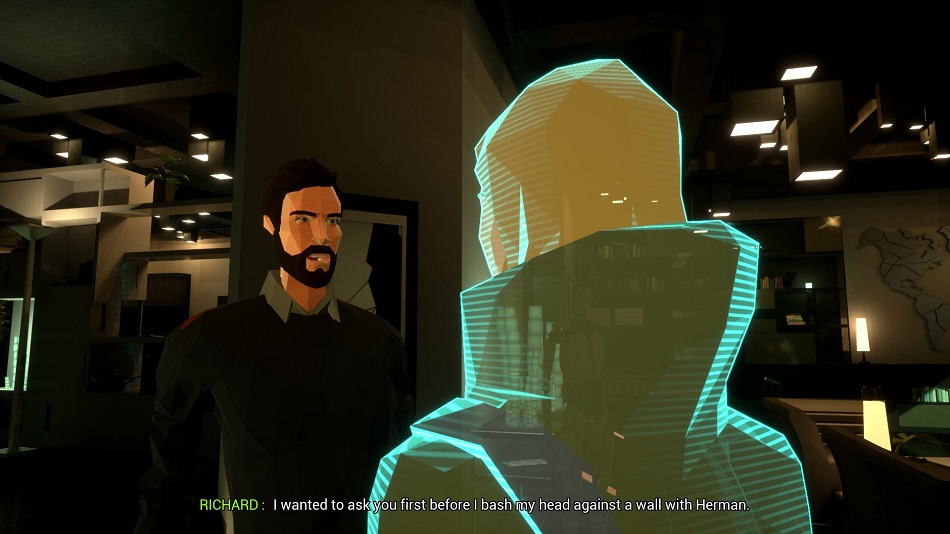 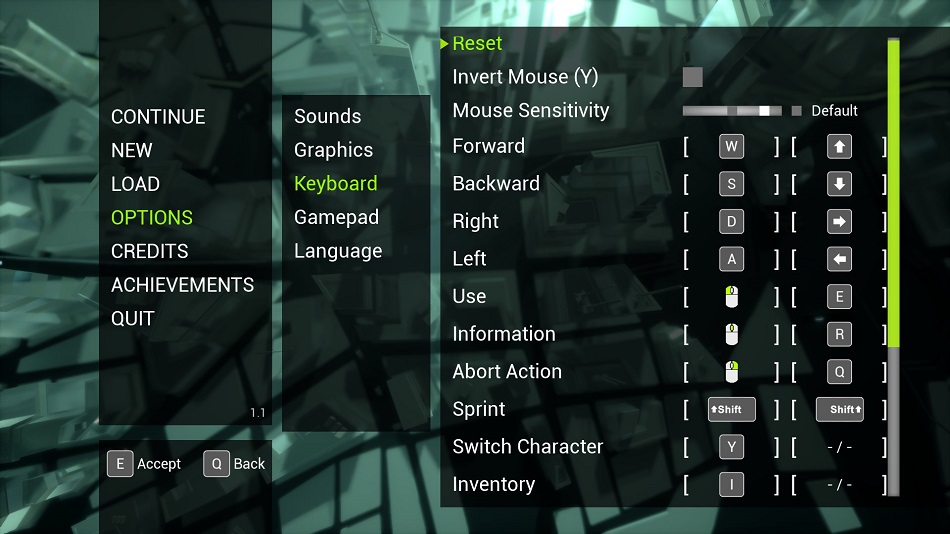 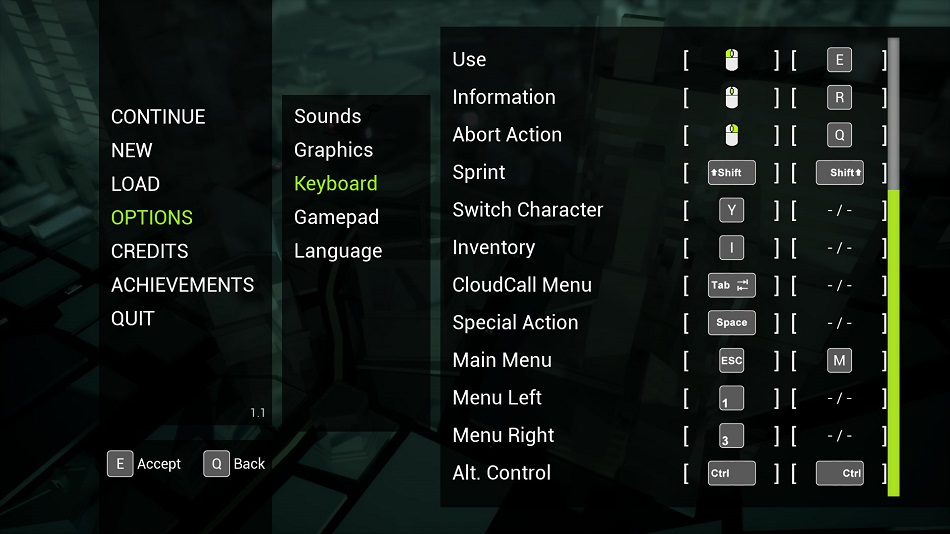