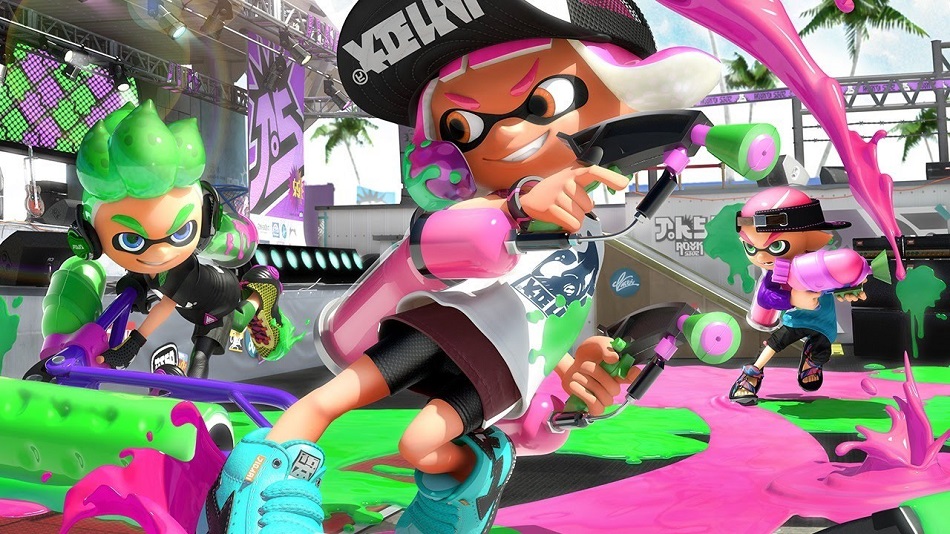 LOW Not being able to play Salmon Run whenever I want.

WTF WHY CAN’T I PLAY SALMON RUN WHENEVER I WANT?!

No sense beating around the bush, I suppose. Splatoon 2 has a wonderful new mode called Salmon Run, and I’m now going to whine about not being able to play it whenever I want.

See, I briefly dipped my feet in the original Splatoon and felt that while it laid the groundwork for a promising new Nintendo franchise, I wanted to see more. As good as Turf War was, it’s hard for an online shooter in this generation to justify a $60 price tag with only a single game type.

Having dumped considerably more time into Splatoon 2 (thanks in no small part to it being a Switch game, and thus infinitely more convenient to play) I discovered that, whoops, the additional game types are there, and always have been. They’re just tucked away in the series’ ranked matches, which are only unlocked when players hit level 10. It also takes a while to get there – more than enough to burn oneself out on Turf War and assume that it’s the only string to Splatoon’s bow.

The frustrating theme throughout the Splatoon series is it has all of the ingredients for a delightful new IP, but only ever offers fleeting glimpses of them. Look at the grind it takes to unlock more than one multiplayer mode, and the fact that even after ranked matches are open, only one additional mode is available at any given time. More evidence? Only two of the game’s eight maps can be accessed at once per Splatoon 2’s rotation schedule, meaning that any session lasting longer than 10 minutes will begin to feel repetitive.

This brings me to Salmon Run, the only major addition to Splatoon 2 and quite possibly the best Horde-style cooperative endurance mode I’ve ever played. Four players, each assigned a different weapon, are placed on an island and ordered to harvest eggs while fighting off waves of amphibious Salmonids that come ashore. While it sounds generic, it’s the frequent and varied boss encounters that keep things frenetic, all requiring specific (and often tricky) strategies to bring down. They look great too, all Salmonid-piloted robots made from whatever pots and junk happens to be floating around. 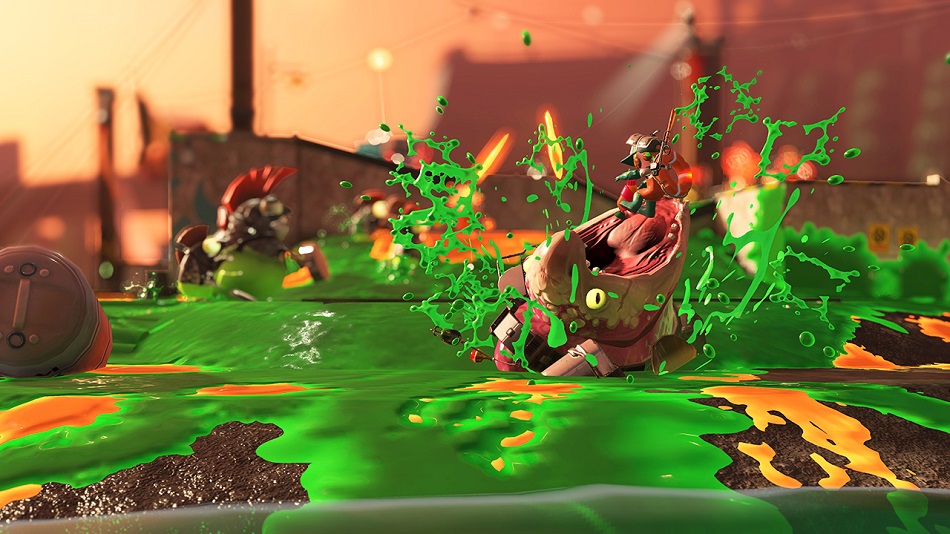 Like everything else in Splatoon, Salmon Run benefits from brevity. A session consists of three rounds, each lasting three minutes, and a lot can happen in that time. Players adjust to changing tides, adverse weather conditions, and even an occasional zombie rush when night falls. Since the Salmonids track green slime everywhere, the central Splatoon mechanic of gaining the upper hand by coating everything in ink is still in full effect. It’s a tight, energetic, wonderful mode which begs the question why Salmon Run is arbitrarily gated off at least half of the time. Maybe, like the rest of Splatoon 2’s cycling features, this decision is meant to prolong the game’s shelf life by shortening sessions. However, it’s something that I just don’t gel with. When I buy a game, I expect it to operate by my schedule, not the other way around.

So, that’s where I am with Splatoon 2, but assuming that this approach works for most of the people who enjoyed the original game, the big issue with this sequel is that it’s almost a carbon copy of the first game.

For those unaware, Splatoon is an online third-person shooter in which the guns fire colored ink rather than bullets. (Actually, it’s paint, but the game’s got a squid theme going on, so whatever.) In Turf War, which is where players will spend most of their time, teams win by coating the maps with their own color of ink. Michael Hughes reviewed the original, and the sequel is mechanically identical. Aside from Salmon Run, the only real additions are new maps and weapons. It is a minimum-effort sequel.

Nintendo didn’t even substantially improve the one aspect that would’ve benefitted from it – the single-player campaign. Purely from a design standpoint, it’s a solid, fast-paced mixture of action and platforming punctuated by some inventive boss encounters. I like the mode well enough, I just wish these levels manifested as more than static platforms hovering in an empty void. How cool would it be if the campaign was actually set in Inkopolis, and gave us a chance to see more of this world beyond the one market square that serves as Splatoon 2’s hub?

If I sound negative, the truth is that I adore much of what the Splatoon series has to offer. It’s Nintendo taking a stab at the online shooter genre and doing it in a distinctly Nintendo way with bright colors, a great gimmick, and the sort of presentation that has me wishing this company would launch new IPs more often. The content’s here, and it’s great. I just wish it was more accessible, and that Splatoon 2 wasn’t so content to maintain the status quo.

With the Switch quickly finding success, it was inevitable that all of the titles that never got the audiences they deserved on Wii U would get a second wind on the new platform. Maybe that’s why Splatoon 2 feels like such a rehash, and hey, I still enjoyed it – I’m not unhappy with my purchase. That said, if a Splatoon 3 gets made, I hope Nintendo has some new tricks up its sleeve. Failing that, just let us play Salmon Run whenever we want, for Christ’s sake.
Rating: 7 out of 10

Parents: According to the ESRB, this game is rated Everyone 10+ and contains cartoon violence. No killing, no gore – this is a game about drenching other players in ink. A more kid-friendly online shooter doesn’t exist.

Deaf & Hard of Hearing Gamers: All dialogue is text-based. This is a visually frenetic game, and as such, audio cues can majorly assist players in being aware of incoming attacks and hazards – Curling Bombs, for example, emit a humming noise when launched. The game is perfectly playable without sound, but players who can’t hear well will be at a disadvantage.