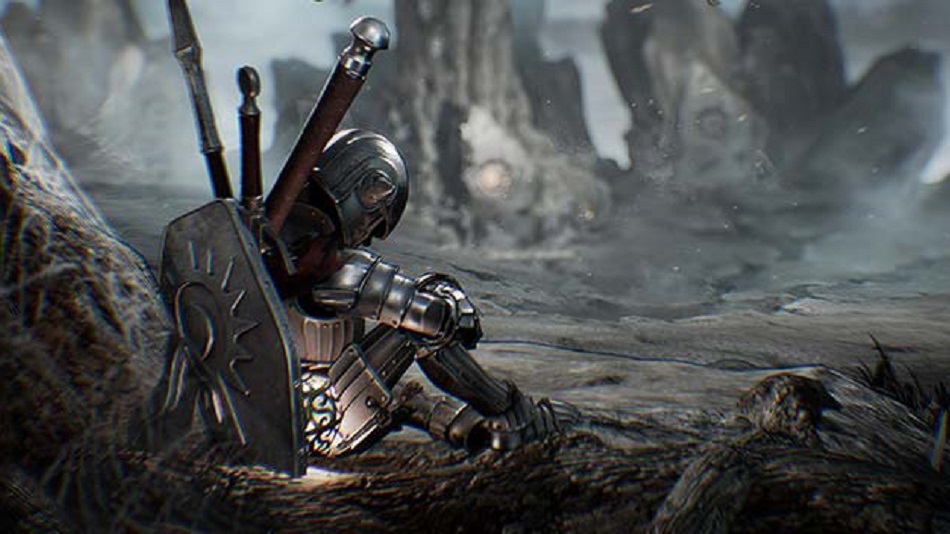 WTF Some of these bosses feel very familiar.

The practice of videogame protagonists growing stronger as they progress is so standard that it feels weird to even bring it up. Sinner: Sacrifice for Redemption, however, is the rare disempowerment simulator. It takes clear cues from Dark Souls – a series widely associated with difficulty – yet even Souls follows the expected trajectory of bestowing players with new equipment and improved stats as they progress. Developer Dark Star’s method of escalating the challenge is to slowly strip it away.

Sinner is an action game with stamina-based combat that will feel instantly familiar to anyone who’s played Dark Souls or the billion or so games that it inspired. What separates Sinner from its source material, however, is the structure. This is a boss rush game, and players can tackle the seven main encounters in any order they choose. Each of them was corrupted by one of the seven deadly sins, which sometimes manifests in the way they behave. For example, Sinner presents one of the few cases in which it’s thematically acceptable for a boss to hide behind trash mobs because he’s guilty of sloth.

The big gimmick of Sinner is that in order to enter each arena, players must accept some sort of status downgrade, like a reduction in health or a breakable shield. Each boss is paired with a set ailment, all of which stack and carry over into subsequent encounters. Players can reverse the effect, but doing so causes the boss that activated it to respawn. All seven must be downed simultaneously in order to finish the game, and thus players must eventually take on all penalties at once. 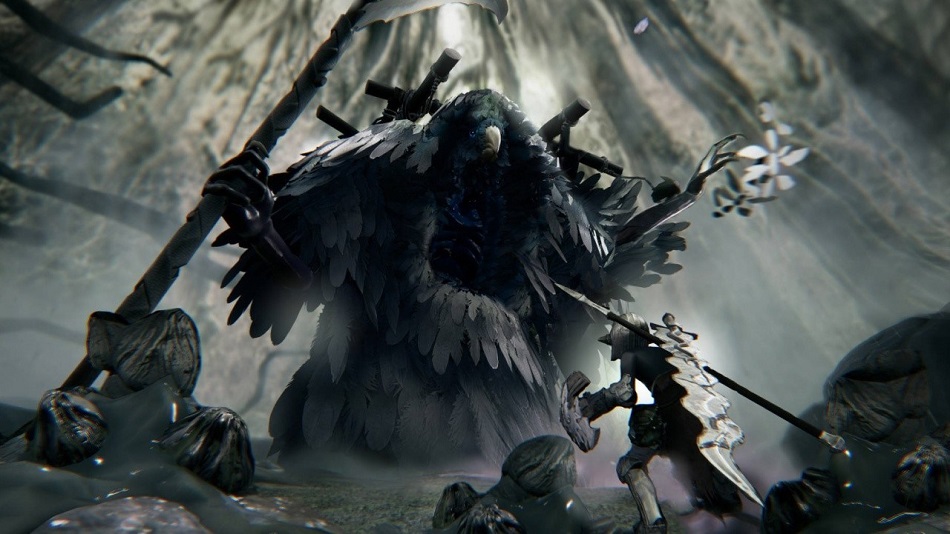 It’s interesting because it allows players to essentially create their own difficulty curves by deciding which downgrades they can live with for longer. One of the effects, for example, is for the protagonist to run out of breath and take a pause when his stamina hits zero. Since I expect something like that, I knocked that one out first. Meanwhile, the bosses that reduced my attack power and removed my self-heal ability were last on the docket.

While Sinner is being advertised as an action RPG, it’s light on the role-playing elements. There’s no explicit leveling system, and players end the game with the exact equipment that they began with (albeit fewer expendable items, because that’s one of the conditions). Plotting out the best course is key – this is perhaps the only game I’ve ever played where saving a boss until later will only make it more difficult – but aside from that, mastering Sinner is about pure skill.

The bosses themselves are so varied that it’s hard to pinpoint any consistent strengths or weaknesses in Sinner’s campaign. Some of them are decent and some aren’t, but Sinner is at its worst when there are too many off-screen threats. Projectile spam, environmental hazards, and hordes of smaller enemies all feel like artificial attempts to inflate the challenge, and the game’s obsession with insta-kill bottomless pits are the most enraging element. The best battles tend to be the least complicated ones, where we’re simply focusing on a single enemy with few distractions. 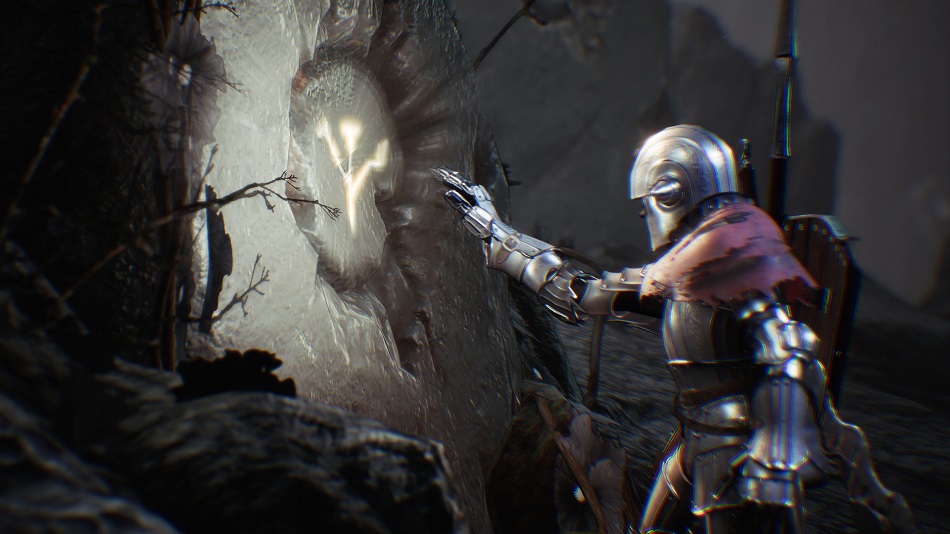 I do have one persistent complaint, however. See, the combat isn’t the only thing that bears a striking resemblance to Souls – virtually every boss in this game feels like a carbon copy of From Software’s work. Angronn is a giant demon who stands waist-deep in lava and hits the player with slow punch attacks, à la the Old Iron King. There’s a battle under a full moon, on the surface of a lake, against a giant grub worm that might as well be called Shmom the Shmacuous Shmider. The gluttony boss has a big vertical mouth going down the center of his chest, just like the Gaping Dragon. Rhodes has an almost identical moveset to the Iron Golem.

As such, Sinner is a boss rush in which none of the bosses feel unique or memorable. That nullifies the game’s strengths and amplifies its flaws. My most vivid memories of Sinner aren’t its best moments, which are competent but familiar. Instead, what I most recall is being frustrated with the messiness of the Faiz Tilus fight, or thinking that Camber Luce has way too much health.

Players battle an eighth and final boss after defeating the initial seven, and I’m comfortable saying that this fight is unreasonably difficult – it’s mostly due to his borderline unlimited stamina, leaving zero room for error during the absolute eternity it takes to chip away at his health meter. Worse, this is the one instance in Sinner where players have no control over their attributes going in – he’s always the last in line, so he’s always fought when the player is at their weakest. It’s a frustrating slog of a battle that ends the already underwhelming Sinner on its worst note.

Sinner does what it sets out to do and looks fine enough while doing it, but it just doesn’t feel like its own product, and given how unique the premise is, that should speak volumes on how forgettable Sinner’s core battles actually are. I love the concept, but I hope someone eventually does something more interesting with it. Rating: 6 out of 10

Disclosures: This game is developed by Dark Star and published by Another Indie. It is currently available on PlayStation 4, Xbox One, Switch and PC. This copy of the game was obtained via publisher and reviewed on the PlayStation 4. Approximately eight hours of play were devoted to the single-player mode, and the game was completed. There are no multiplayer modes.

Parents: According to the ESRB, this game is rated Mature and contains Violence and Blood. I’m a bit surprised by that rating. Maybe it’s the game’s stylized look, but I really didn’t pick up on anything particularly gruesome or inappropriate, aside from one or two gross-looking monster designs. I’d say it’s perfectly fine for teens. 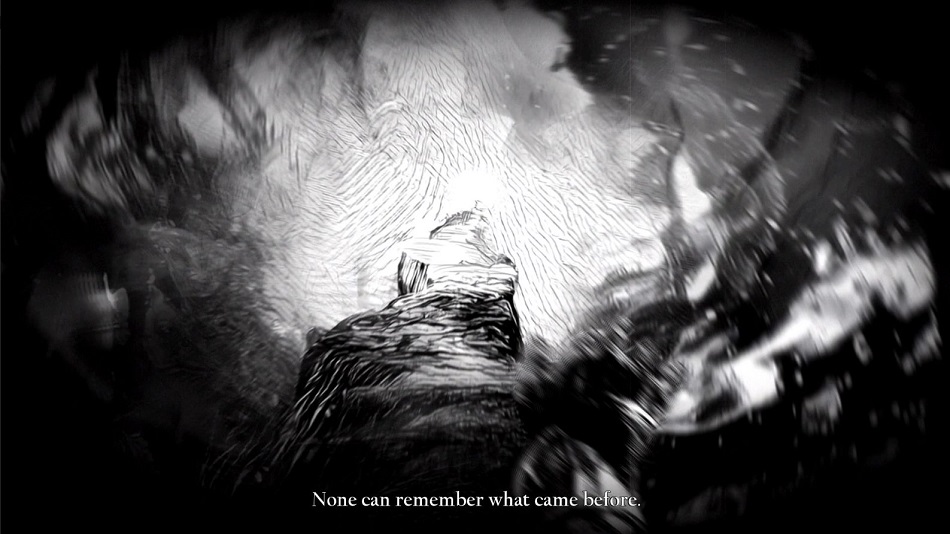 Remappable Controls: No, this game’s controls are not remappable. There is one alternate preset which maps the attacks to the R1 and R2 buttons. 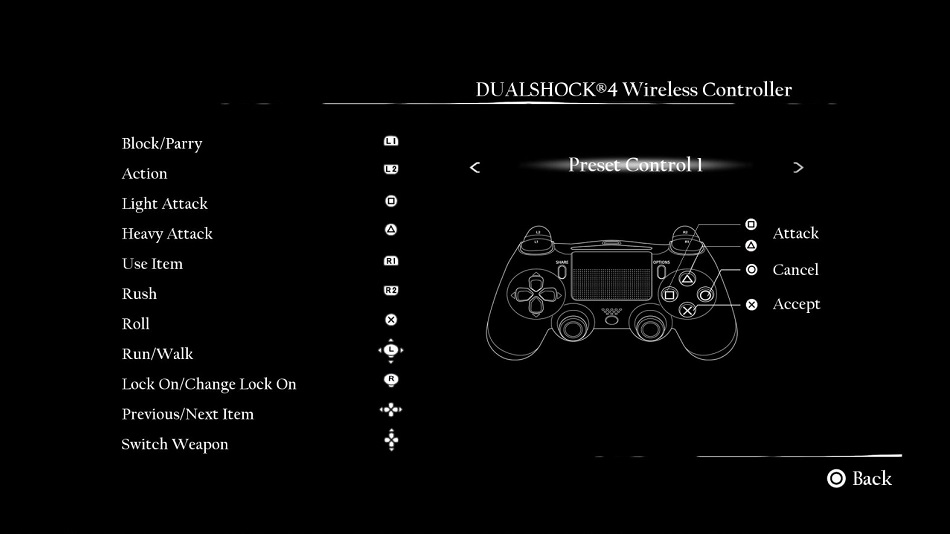 Honestly, the towering soldier boss reminded me a lot more of Tower Knight than Iron Golem.

Also, Chanel is the best boss in the game. Ithink what ruins this game for me, aside from many issues that you mentioned, is the ending. It really felt unsatisfying.

Still, as a china developed game, I’ve seen worse. At least it isn’t as bad as Gene Rain.

Gene Rain is a masterpiece.

This was ‘free’ with the Game Pass and I am glad I checked it out – although I almost completely agree with the review it was still nice to get a taster of someone trying to do something slightly different with the Dark Souls premise.