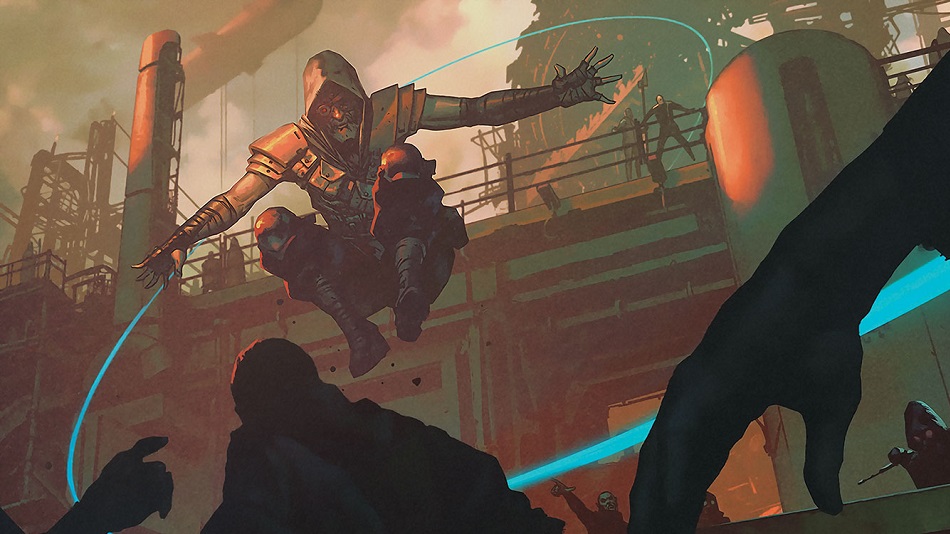 LOW Opening a roof window, not being able to look down through it, jumping in, and falling to my death.

I take no pleasure in writing a review like this.

The developers of Seven: The Days Long Gone cite the Witcher series as some of their prior dev experience, and while I don’t know what their exact contributions were, I can see the parallels in the effort to build a fictional world that feels authentic down to every minor detail. Even insignificant conversations are witty and read with spunk, and the island on which Seven is set is buzzing with made-up terminology that no one stops to brief us on because they live in this world and it’s expected that everyone knows these things.

So that’s all great, and Seven is even kind of a slam-dunk on a conceptual level by taking the free-ranging criminal lifestyle of the Thief series, transitioning it to a cyberpunk setting, and expanding its scope to that of an open-world action-RPG in which we’re free to go almost anywhere right out of the gate. It’s an ambitious project bolstered by a killer art style, engaging dialogue, and a voice cast that’s up to the task.

I like pretty much everything about Seven except actually playing it.

Seven centers on a sardonic thief named Teriel, voiced by Chris Finney as a man who’s not exactly thrilled to be where he is but doesn’t seem to have expected any better. When a heist goes wrong and Teriel is shipped off to a prison island called Peh, he realizes that he’s been possessed by a daemon. It was very much this daemon’s intention for Teriel to get caught, because he has a mission on Peh and needs a capable human vessel in order to carry it out.

Peh is a massive place, full of the usual RPG trappings – towns, quests, hostile wildlife, and so forth. Since Teriel is a thief, though, Seven is largely positioned as stealth game, and this is where it primarily falls apart. I’ve long held that there are few things better in gaming than good stealth and few things worse than bad stealth, and Seven makes a pretty strong case for the latter. 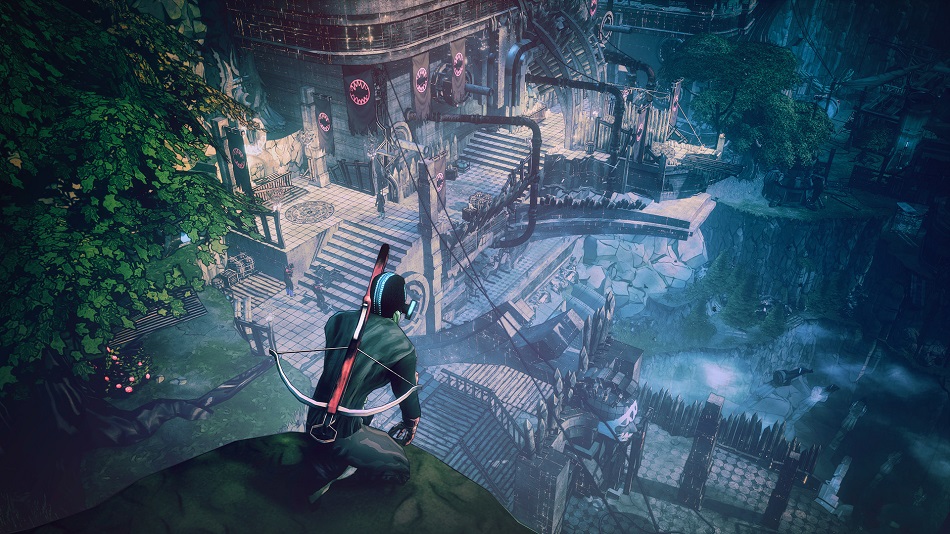 To be fair, Seven’s launch build was worse, as virtually any action performed by the player (including climbing and jumping) would cause Teriel to exit stealth mode. That problem was patched within a week, which initially gave me hope that Seven could eventually be salvaged. Upon further examination, the only way Seven could be made enjoyable would be to fabricate an entirely new camera system and to have the devs fill in all of the textures and geometry that the current system keeps out of view. In other worlds, Seven’s flaws are so foundational that the only way to save it would be to turn it into an entirely different game.

The underlying issue is that, for whatever reason, Seven uses an isometric perspective. Since such a camera angle limits what players can see, games that use it tend to be RPGs (where reflex and precision are less of a factor) and they generally adopt flat, easily-navigable level designs. Seven’s environments, however, are complex – often featuring multi-story buildings, labyrinthine in design and full of visual clutter. To compensate for the angle, anything between Teriel and the camera goes invisible, meaning that environments which are already difficult to read are then constantly phasing out and re-materializing.

That’d be exhausting in any genre, but it’s poison for a stealth game where situational awareness is crucial. Just locating an objective and mapping out a route to it is a nightmare, but what’s worse is that I can never be entirely sure of what’s around me, of who might stumble in at any moment.

Even treating Seven’s stealth strictly as a trial-and-error affair comes at a cost. When a player reloads a save, any guards that they knocked out prior to creating that save file will suddenly be back on their feet. That’s probably a way of discouraging save-scumming, which I could respect if Seven wasn’t the sort of game in which save-scumming feels absolutely necessary.

Although there’s more to Seven beyond stealth, none of it fares much better. The combat is a bore, as melee attacks are floaty and unsatisfying, and ranged weapons are borderline impossible to aim accurately. Exploration yields some rewards in the form of skill upgrades and crafting blueprints, but it’s hampered by a perfect storm of loose platforming controls, bad camera angles, harsh fall damage and a very unforgiving auto-save system.

Mechanically, the only real joy in Seven is resource management. Reminiscent of the recent Prey reboot, any item that the player finds can be broken down into raw materials which can then be repurposed. I like this because it means that any and all loot can eventually serve some use, though most of what’s available to craft amounts to underwhelming and bland stat upgrades. And even those are vaguely-defined thanks to the menu’s lack of tooltips.

Again, it hurts to say all of this. I like Teriel as a character, and I dig the mordant, yet surprisingly colorful world that IMGN.PRO and Fool’s Theory have put him in. This team is clearly talented on certain levels, but there’s a lot of refining and revising to be done before I’d be even remotely interested in seeing more of Teriel’s story. Rating: 4 out of 10

Disclosures: This game is developed by both IMGN.PRO and Fool’s Theory and published by IMGN.PRO. It is currently available on PC. This copy of the game was obtained via publisher and reviewed on the PC. Approximately 15 hours of play were devoted to the single-player mode, and the game was not completed. There are no multiplayer modes.

Parents: As of press time, this game has not been rated by the ESRB. It would definitely have been rated Mature, mainly for non-stop profanity. Aside from that, the game is adequate for teens. There’s plenty of violence and some occasional sexual references, but nothing terribly graphic.

Deaf & Hard of Hearing Gamers: Subtitles are available for all dialogue and there are enough visual cues that sound is never particularly important. I’d say it’s fully accessible.