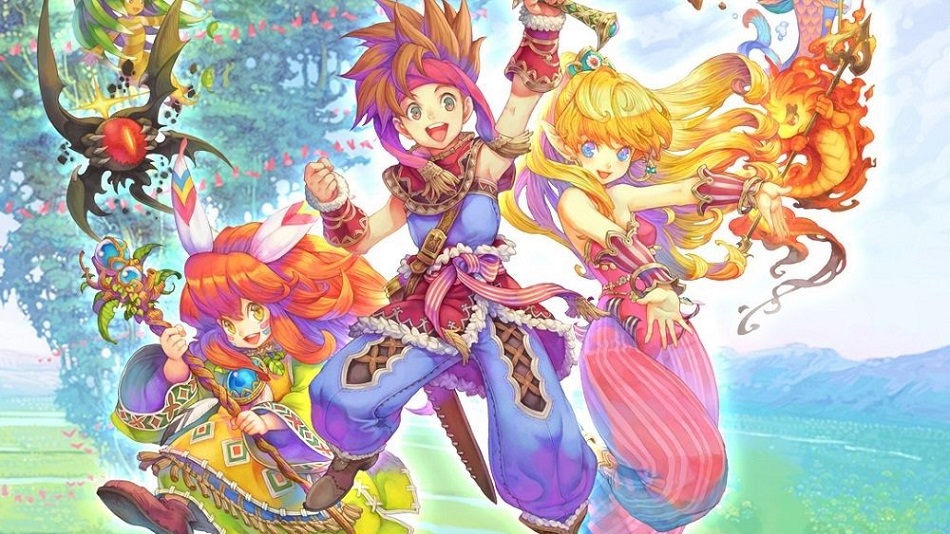 HIGH The option to switch back to the original soundtrack.

LOW The fact that said option was necessary.

WTF So we get this game, but still no Seiken Densetsu 3 localization?

As a longtime fan of 1993’s Secret of Mana, I’ll admit that the game hasn’t aged gracefully. The story – about a village boy who discovers a magical sword and uses it to battle an evil empire – is pretty pedestrian, the interface is unwieldy, and there’s entirely too much backtracking in a world that’s confusing to navigate. The real-time combat engine is solid, but it’s nowhere near as unique now as it was 25 years ago.

Having recently revisited the original on my SNES Classic, I can confirm that what makes the game enjoyable today is its yesteryear quaintness. As a relic of the 16-bit generation, one can feel Secret of Mana straining under its technical limitations as it fills every frame with bright colors, over-exuberant animations and melodramatic proclamations. It’s an awkward genre-blending adventure full of dancing merchants and overlong victory celebrations, endearing for its imperfections.

That historical context is nowhere to be seen in Square Enix’s pointless, soulless remake. Faithful to a fault, this new rendition doesn’t consider whether things that worked in the 16-bit era would feel jarring and out-of-place when rendered in 3D, running at 60 frames per second. I’m now looking at a sharper image of Secret of Mana than ever before, and it’s only making the blemishes more visible.

In fact, what’s the point of making Secret of Mana 3D at all? Since the camera still hangs at a top-down perspective, there’s no fundamental shift in the way that the game is played. So, this choice is purely an aesthetic change, and the “upgrade” is anything but. The devs were clearly operating under the assumption that an ugly 3D game is preferable to a beautiful 2D one, and that’s simply not the case – great pixel art still looks great decades later, but no one’s nostalgic for the PS2 days of blurry textures and blocky modeling, and that’s exactly what this new Secret of Mana resembles.

Apart from the visuals, the design itself is largely unchanged – more of a curse than a blessing, given how inelegantly Secret of Mana has aged. Zelda had taken off by the early ‘90s, and Square was clearly trying to adopt the same structure and rhythm here. Without that series’ emphasis on puzzle-solving, though, Secret of Mana’s dungeons are just bland treks through winding corridors. This would have been a great opportunity for Square Enix to overhaul the design for the better, but their slavish faithfulness won over. 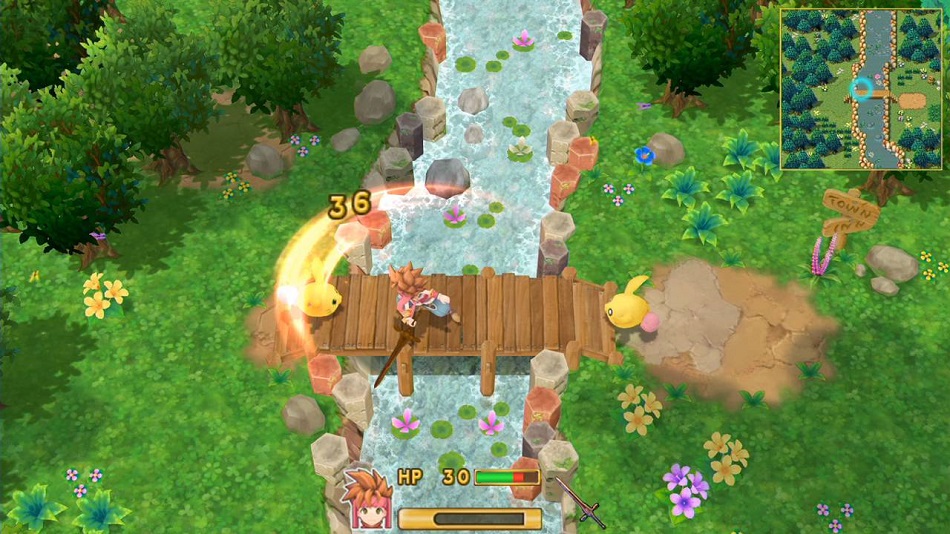 The core combat is still fine, if simplistic. The variety in weapon types is nice, and I like that the charge system (which continually raises damage as players wait between strikes) encourages us not to relentlessly spam attacks. However, the magic feels unsatisfyingly hands-off since the spells auto-target, and there’s not much to the combat beyond that. In 2018, I don’t think there’s enough meat on Secret of Mana’s bones to justify the 20-plus hours needed to complete it.

Weirdly, a couple of issues with this new version actually make the combat worse. The first is faulty hit detection, which causes an awful lot of attacks to pass through enemies without registering – particularly frustrating in a game where invisible dice rolls are already determining whether strikes will land or miss. The other is the friendly AI, which is even dumber than it previously was. Equipping AI-controlled teammates with ranged weapons so they won’t get themselves killed as quickly is still the best strategy, but now the horrendous pathfinding will get them stuck behind obstacles on a regular basis.

It’s altogether alarming how few attempts Square Enix made to actually improve upon the source material here. The new conversations held between the protagonists when they stay at an inn are the only major additions that spring to mind, but plot and characterization were never Secret of Mana’s strong suit to begin with, and these unenlightening scenes do nothing to buck that.

Worse still, the dialogue is now fully voiced by actors who – and I’m putting this as charitably as I can – should probably hang onto their day jobs. Secret of Mana still has the animation style of a game overcompensating for hardware limitations, and it clashes spectacularly with the fact that everyone in this world sounds so bored. Were this my first foray into the game, I’d have no idea what kind of tone it was going for.

However, in spite of all those problems, there’s no greater act of vandalism in this new Secret of Mana than its “remastered” soundtrack, which contorts some of the lushest and most iconic tunes of the 16-bit era into overproduced noxiousness. The most familiar theme has been scrubbed over with accordions, while even the gentlest melodies are now full of grating electronic beats. Thankfully, an option to revert to the original soundtrack exists.

Secret of Mana isn’t an improvement in any way, and as such it fails the number one requirement of a remake – there’s no reason to recommend it over the original. Square Enix’s attempts to modernize this classic only make it feel older and less relevant, and the resulting mess is something I can’t see appealing to anyone. Returning fans will wish they were playing the original, and newcomers will likely wonder why Secret of Mana was ever such a big deal to begin with. Rating: 4 out of 10

Disclosures: This game is developed and published by Square Enix. It is currently available on PlayStation 4, Vita and PC. This copy of the game was obtained via publisher and reviewed on the PlayStation 4. Approximately 10 hours of play were devoted to the single-player mode, with around 30 minutes spent in cooperative play, and this version was not completed but the original version has been completed multiple times in past years.

Parents: According to the ESRB, this game is rated Everyone 10+ and contains Fantasy Violence and Mild Suggestive Themes. This game is perfectly kid-friendly.

Deaf & Hard of Hearing Gamers: All dialogue is subtitled, and sound cues never play a crucial role in the game. It’s fully accessible.

Remappable Controls: There controls are not fully remappable. Players can only rearrange the actions assigned to the face buttons.