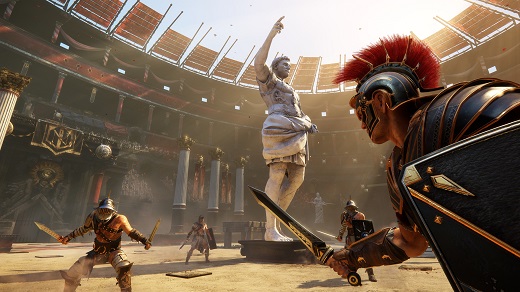 There was a big fuss last year when it was revealed that Ryse: Son of Rome would only run at 900p on Xbox One, which was, at the time, the only platform for which the game would be released. I'm sure that plenty of the people making the commotion were looking for excuses to either pick apart Ryse itself or the Xbox One in general, but if there's anyone out there who really wanted to play this game in optimal settings and was really bummed that they wouldn't be able to on its native platform, well, their wishes are about to be granted.

Ryse was always pretty. At the time, I called it the prettiest console game I'd ever seen, a throne that has since been usurped by the PS4 version of Metal Gear Solid V: Ground Zeroes, but nevertheless. That its PC port is even prettier should surprise no one since developer Crytek has a storied history with optimization on the platform; their Crysis series is a famous machine strainer that has consistently represented industry-high visual standards for those with the rigs to run it. 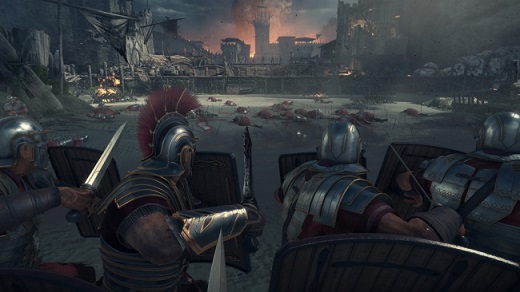 Ryse is an extremely linear action romp and is smaller in scale. There's undoubtedly some background trickery in place to make the game's busy setpieces appear more advanced than they really are, but the modeling, reflective effects and particles are just as astounding as they were on Xbox One. Even better, we're now treated to the bonus of seeing it in 1080p (or higher – PC Gamer managed to get it running at 1440p) and at a consistent 60fps, which the original console version wasn't capable of. Two grades of supersampling are available for the precious few with machines to pull that off with no performance hitches.

In the preview build that I played, two of the campaign's eight chapters were available to demo. This was enough time (after gawking at the visuals a bit) to test Ryse's playability on a new platform. The game's particular brand of slow, heavy combat makes the transition to keyboard and mouse considerably smoother than, say, Metal Gear Rising: Revengeance (which was basically unplayable without a controller) though there's one peculiar issue — finishers in Ryse are based around color-coded quick-time events that correspond to buttons on the Xbox controller, even if the player isn't using one. Yellow now means "right-click." It's a little awkward, and while completing quick-time events isn't vital, I can see this affecting the game's score attack mode, in which point multipliers heavily rely on players executing finishers as quickly as possible.

On the other hand, since Crytek no longer needs to make the Kinect look attractive, context-sensitive commands can now be issued instantly with the press of a key, so that's a step up.

The PC version of Ryse launches on October 10, and aside from the visual enhancements, it appears to be a straight port. I played the Xbox One version twice, and while I found it too short, confined and simplistic to recommend at the 40-dollar asking price, Ryse isn't without merit; the combat's brutal as hell in short bursts, and I actually rather enjoyed its story. The beauty of Steam is that this thing will be dirt cheap at some point, and when it is, it's not a bad way to spend a free evening.