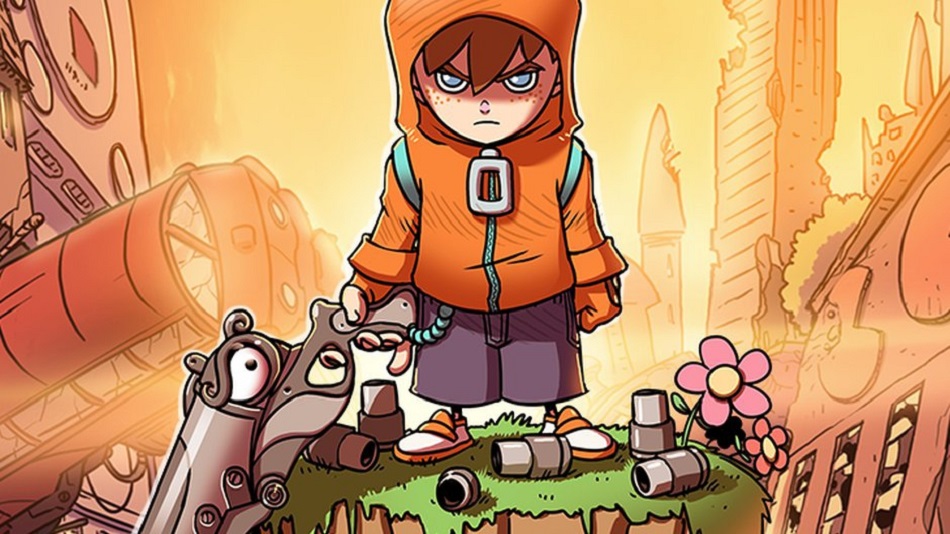 HIGH Some lovely animation and music.

LOW An awkward tone and a terrible sense of humor.

WTF The idea of clearing the final level on Switch without the Pro Controller.

There’s an unsubtle metatextual message in Rise & Shine about the sweet, innocent games of yesteryear being eclipsed by the current-gen fixation on burly men with guns. Fittingly, Rise & Shine feels like a game from an era long past, though not in the way developer (deep breath) Super Awesome Hyper Dimensional Mega Team likely intended.

Rise & Shine’s juxtaposition of cutesy character designs and hardcore violence is the sort of thing that felt moderately envelope-pushing in Conker’s Bad Fur Day three generations ago. That also goes for its belief that jokes and references are the same thing, and that breaking the fourth wall is a punchline in and of itself. A character literally uses the term “mad skillz.” Rise & Shine may mourn gaming’s lost innocence, yet it’s full of trends I wish we’d grow out of by now.

The plot concerns Rise, a ten-year-old boy from Gamearth (ugh), having to defend his homeworld from the invading forces of the planet Nexgen (ugh). He’s paired with Shine, a talking revolver that grants its user the power to revive infinitely. The game is a side-scrolling platformer with twin-stick shooter elements. There’s a simple cover system, and several different ammo types – electric, explosive, and guided – are employed for various situations, involving both combat and puzzles. 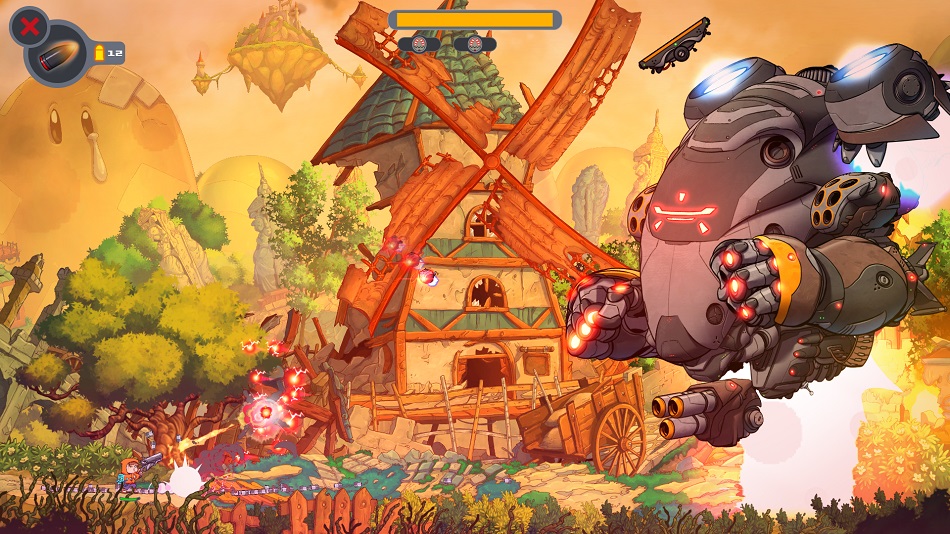 As is typical of titles published by Adult Swim Games, Rise & Shine is vivid and beautifully animated, but its visual style doesn’t gel with the game itself. It’s too colorful, too busy. It’s difficult to distinguish what’s collidable and what’s just background fluff. Although some of the puzzles are clever on paper, I’d often get stuck on them because the game doesn’t adequately communicate what I’m supposed to be interacting with.

The same goes for tense combat situations, where being able to quickly and easily read threats is key to keeping Rise alive. The bosses are particularly troublesome — although they’re visually impressive, often times only certain portions of their bodies would detect collision. There’s a reason many developers signal weak points with flashing red lights or somesuch – without visual indicators like that, it’s just a lot of flailing in the dark.

Although Rise & Shine very deliberately references other videogames – some of the NPCs look like they’re from the Mushroom Kingdom, and the main villain is a clear riff on Marcus Fenix – the title that kept popping into my mind was Limbo, another side-scroller that used generous checkpoints to justify constantly insta-killing its young protagonist in imaginatively gory ways. 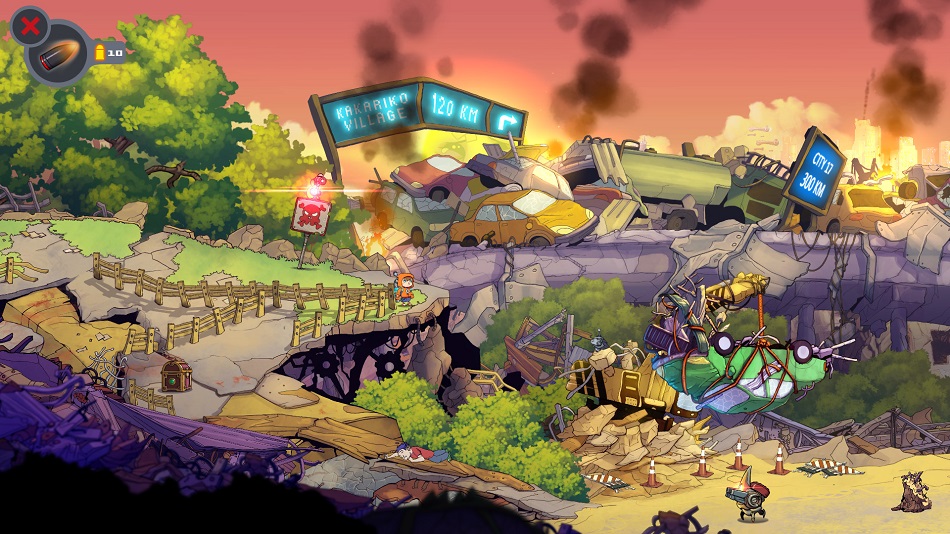 The key difference is that while Limbo’s vagueness and ambiguity lent it a certain disconnect that made the violence darkly comic, Rise & Shine characterizes the hell out of its protagonist and rubs our faces in the grotesque things that happen to him. We see this kid cry repeatedly, hug his mother, and generally voice total despair over what’s happening to him. Seeing him blown up and dismembered over and over isn’t funny. It’s gross and depressing.

I’m fine with gut-wrenching violence if it’s taken seriously or if there’s a point to be made, but Rise & Shine’s over-the-top carnage is constantly being interrupted by some of the laziest and most ill-timed humor imaginable, all in service of a message that isn’t particularly original or insightful. These uncomfortable tonal shifts would be enough to tarnish even a good game, but the frustrating and underwhelming Rise & Shine isn’t worth putting up with it. Rating: 4.5 out of 10

Disclosures: This game is developed by Super Awesome Hyper Dimensional Mega Team and published by Adult Swim Games. It is currently available on PlayStation 4, Xbox One, PC and Switch. This copy of the game was obtained via publisher and reviewed on the Switch. Approximately four hours of play were devoted to the single-player mode, and the game was completed. There are no multiplayer modes.

Parents: According to the ESRB, this game is rated Mature and contains Violence, Blood and Gore and Language. Despite the cartoonish visual style, this is an extremely violent game, with characters constantly being blown to bloody pieces.

Deaf & Hard of Hearing Gamers: All dialogue is text-based, and sound plays no vital role in the game. It’s fully accessible. 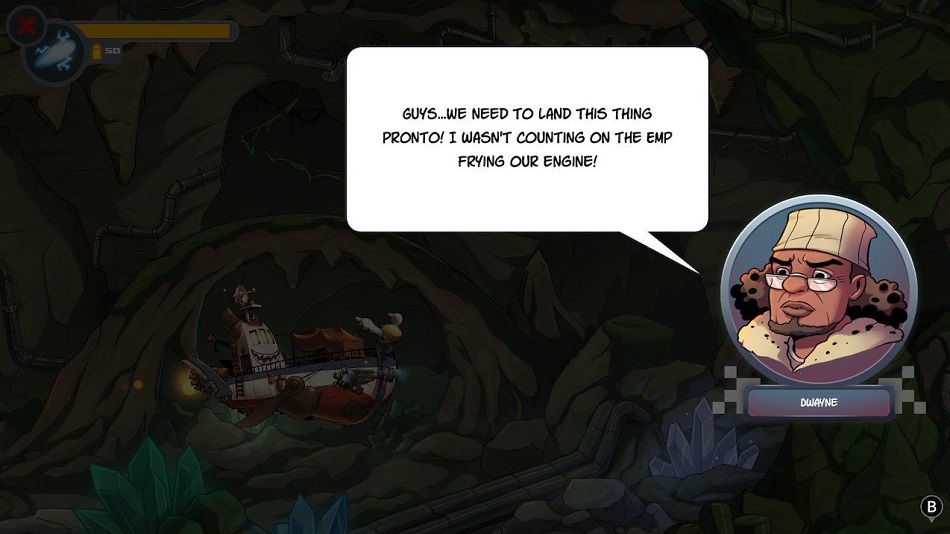 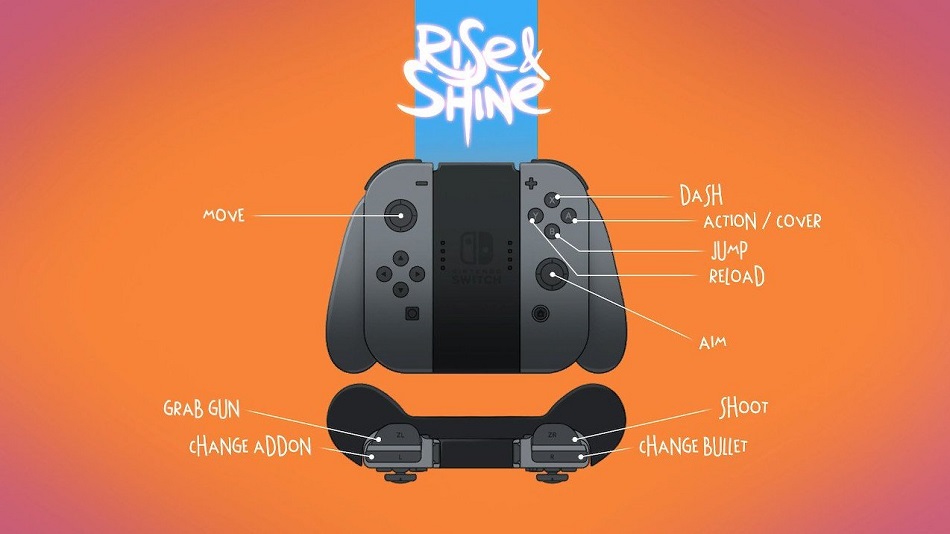