And I Swung, I Swung So Far Away 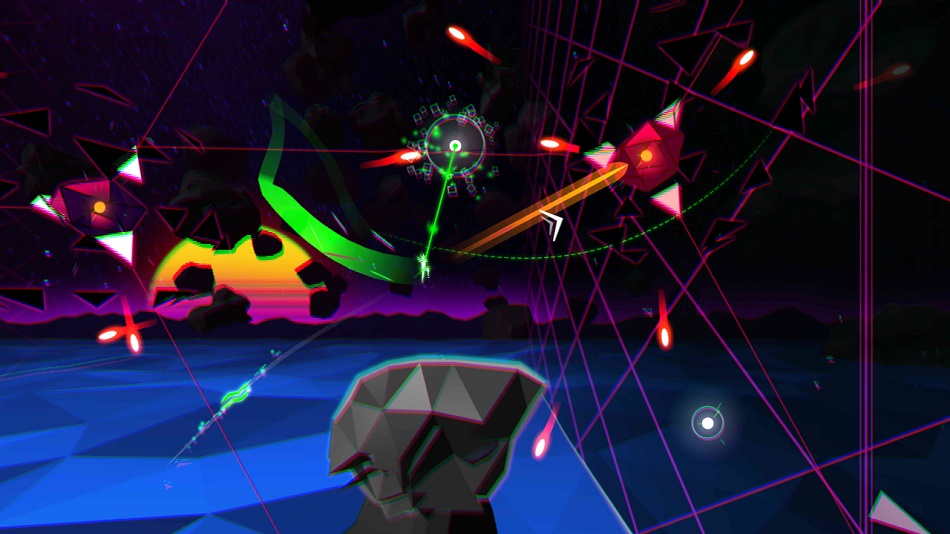 LOW The fresh hole that I’ve punched into my desk.

WTF The inclusion of a scoring system when we already need to play it flawlessly.

One of my least favorite things to do as a critic is to knock a game for being too difficult. There’s always that lingering sense that I’m missing something important or that — heaven forbid — I’m just not good enough.

I’m especially hesitant to do so in the case of Rifter because it’s so obviously the product of talented people. With its purple grids and permanent sunsets, the game looks like the hypothetical cover art for its own ‘80s-inspired soundtrack. The platforming has an inventive hook behind it, and I take no issue with the controls or physics, which are perfectly consistent.

And yet at some point, too much is too much. Once Rifter hits its massive difficulty spike, every scenario in the game feels like having to thread a needle that’s moving at 100mph. All of the synthwave music in the world can’t distract me from the fact that what I’m being asked to do is unreasonable.

As the titular “rifter” – a little green man whose head is perpetually on fire – players navigate 2D levels by using a grappling hook to swing from one tether point to the next. Although Rifter technically has a jump function, it’s borderline useless. Roughly 95% of the player’s movement is accomplished by hooking onto a grapple point, building momentum, and releasing at the exact moment to propel the rifter in the desired direction. 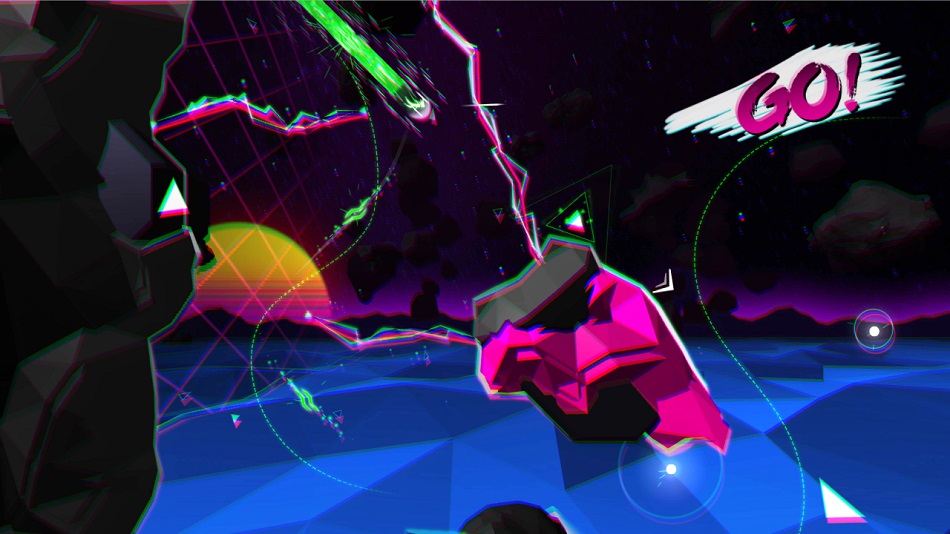 Divorced from the level design itself, this mechanic rules – mainly because it’s so awkward and indirect. Tasks that would be simple to accomplish in a platformer with more standard controls become nerve-wracking trapeze acts in Rifter. In its early moments before the overwhelming challenge kicks in, there’s satisfaction in messily course-correcting when the game so fervently demands constant motion.

However, a mechanic like this simply doesn’t mesh well with a perfectionist platformer, one that often demands that players navigate through incredibly tight spaces at blistering speeds with zero margin for error. Rifter doesn’t have a difficulty “curve” so much as a y-axis, and once it reaches that point, it never relents – not even for a single stage.

For one thing, the level of knockback when receiving damage and the amount of time to wait before regaining control is ridiculous. Levels are laced with traps and electrified walls that smack the rifter around like a pinball when a jump is even the slightest degree off. While there is a health meter, a single hit often equates to instant death anyway, given how tough it can be to recover.

Rifter also features an antiquated lives system as means of inflating difficulty. The acrobatic maneuvers I was asked to perform already felt unreasonable to the point that I attribute many of my victories to luck rather than skill. But that’s not enough – no, the developers often asked me to complete several such stunts in the span of a single stage, with only two or three flubs permitted. It’s a recipe for endless frustration. 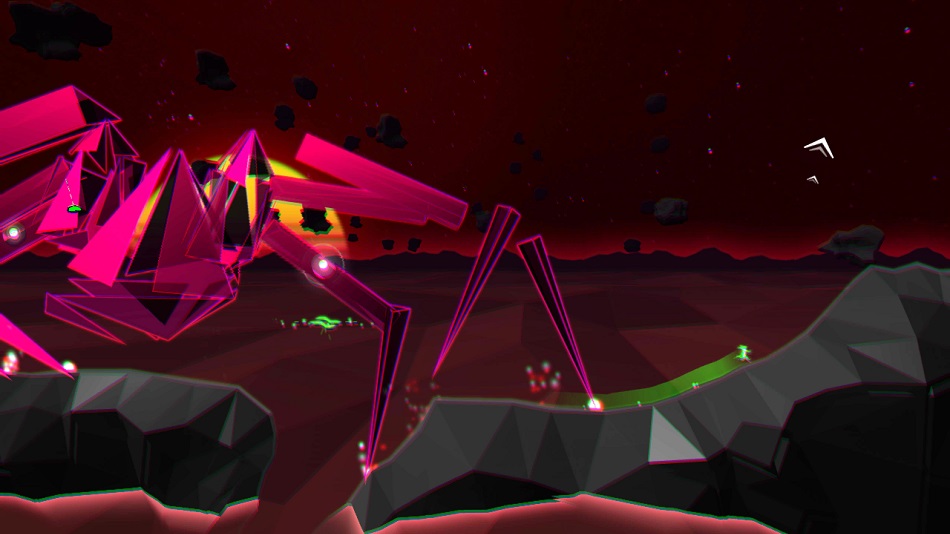 The inclusion of combat rarely helps. Most enemies can fly freely and therefore aren’t bound by the same movement restrictions that we are, leading to most encounters feeling unbalanced. We’re awkwardly trying to stay airborne over a pit of lava while these guys just cruise around effortlessly. Homing missiles and long-range sniper attacks further cloud an environment in which we already have enough to worry about.

Even having to use the right analog stick to fire the rifter’s grappling hook feels like a misjudgment. We’re unaccustomed to using the right stick for this kind of navigation, and Rifter gives us no time to ease into it. (The game includes the option for a more traditional control scheme, but that just provides even less precision than the levels were obviously designed for.)

It’s tricky to say how much less infuriating Rifter would be if any or all of these unfortunate design choices were cut. In its current form, however, it’s one of the most relentlessly antagonistic titles I’ve ever played, demonstrating that it’s possible for a game to simply be too difficult to wring any entertainment out of. Rifter is already unique enough without its sadism and the accompanying validation from the “git gud” crowd, so it’s baffling that developer IMakeGames went this route.

Rifter is stylish as hell, and even the writing manages to extract more wit than one would expect from characters composed of simple geometrical shapes, but the sharpest presentation in the world couldn’t convince me that I was enjoying myself. I’m sure it’ll find an audience among those with an astounding level of patience, but for me, Rifter was all frustration, zero reward, and probably the best game I’ve ever hated. Rating: 4 out of 10

Disclosures: This game is developed and published by IMakeGames. It is currently available on PC. This copy of the game was obtained via publisher and reviewed on the PC. Approximately eight hours of play were devoted to the single-player mode, and the game was not completed. (For those wondering, “Tower III-II” was the level that ultimately made me call it quits.) There are no multiplayer modes.

Parents: As of press time, this game has not been rated by the ESRB. I detected zero offensive content, so this one’s fine for all ages.

Deaf & Hard of Hearing Gamers: Dialogue is strictly text-based, and sound cues don’t play an important role in the game. 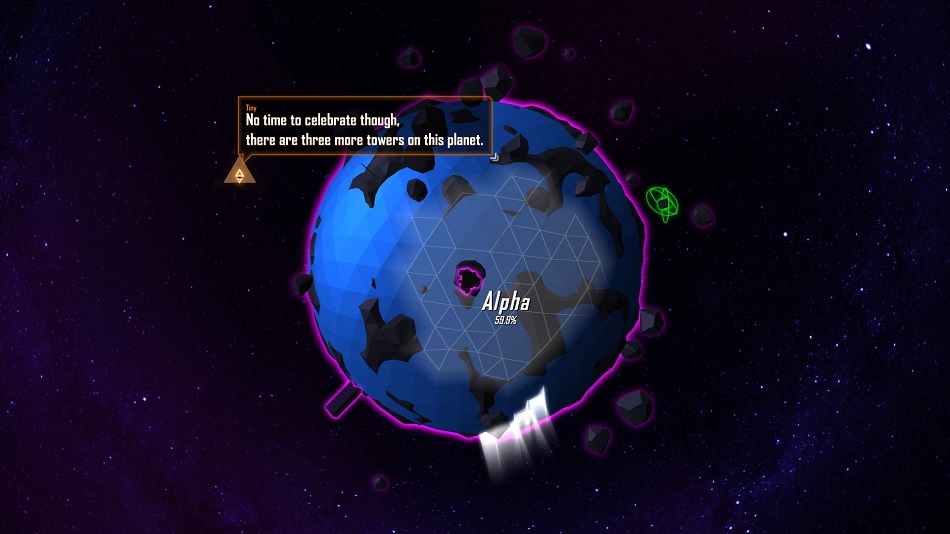 Remappable Controls: Yes, this game offers fully remappable controls. It also offers the option to play without twin-stick control, i.e. to move and aim with the same analog stick. 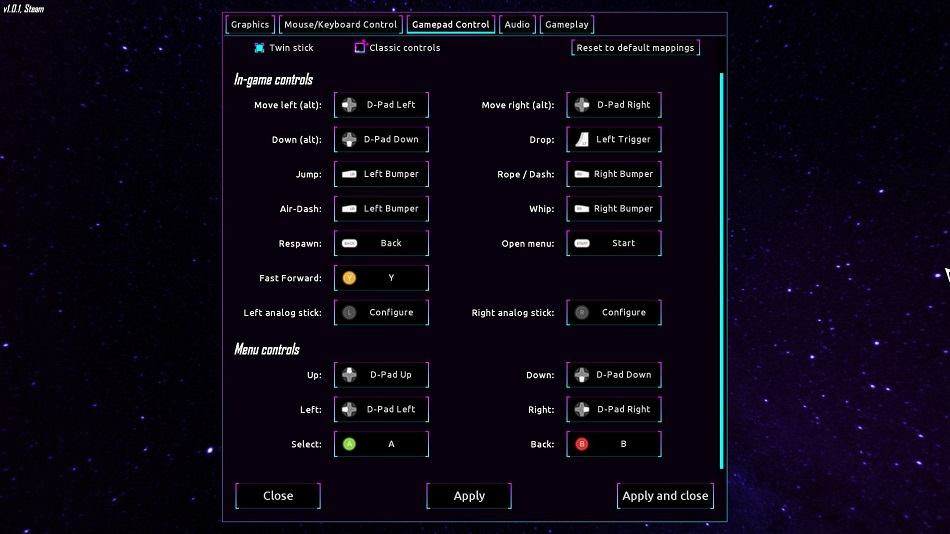 Hey! I’m the developer of Rifter. I’m sorry it felt too unfair and hard for you.

I’m already working on an easier game mode that relaxes lots of the hard timings that the current mode requires. I hope you can find the fun then! 🙂

Hey Max – thanks for being cool about it!

I’m not at all opposed to revisiting Rifter if you wind up adding an easier mode — the game does a lot of great, promising stuff that I wish I could more fully appreciate. And hey, the game’s getting terrific Steam reviews, so obviously it’s working for someone 🙂