The Best, Only Better 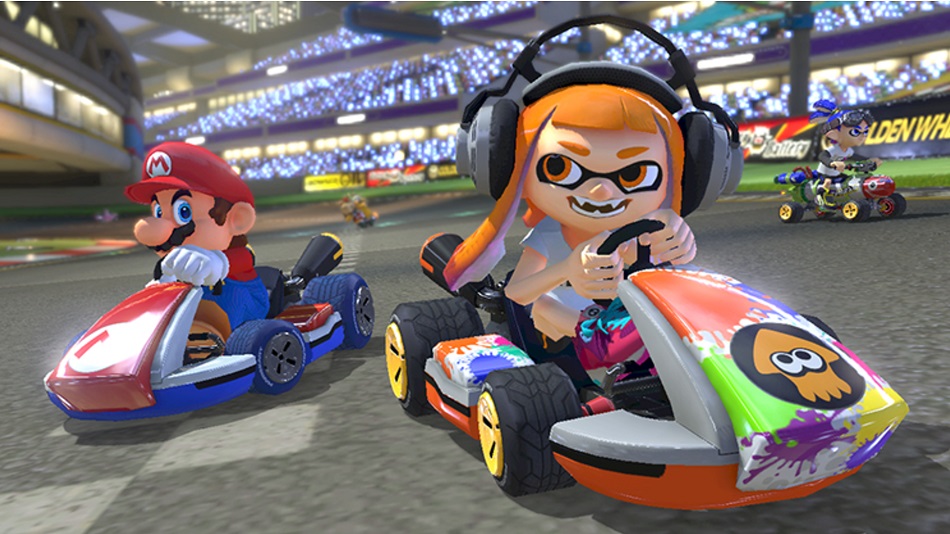 WTF It should have been called the “GameCritics Game of the Year Edition.”

Around the time that the Wii U was shaping up to be commercially unsalvageable, Nintendo presented Mario Kart 8 to its investors as the game that would put the console back on track. I mocked the notion, of course – and to my credit, despite becoming the WiiU’s best-selling game, that boat simply had too many leaks to plug. Now, three years later, Nintendo has released an enhanced version of the game for the Switch, and if initial sales are any indication, Mario Kart 8 is catching fire among audiences who couldn’t experience it the first time.

That success is long- and well-deserved, as Mario Kart 8 is unquestionably the best entry in this series. It’s the prettiest – my god is it pretty – it’s got the largest and most varied selection of tracks, and it’s never been simpler to connect with other Mario Kart fans across the globe. Growing up, these games always tended to stay on my shelf unless I had friends over, so it’s still mind-blowing to me that I can easily race against other Mario Kart fans the world over, even in an age where we largely take online play for granted.

This enhanced version, titled Mario Kart 8 Deluxe, includes all of the content of the original game, as well as the DLC. That’s 42 characters and 48 tracks, all available right out of the box – not only are new players in for a staggering amount of content, but it’s great content. These track designs make spectacular use of 3D space, sending racers dipping underwater and gliding through the air, and even channeling F-Zero for extended anti-gravity sections. I’d never imagined I’d find myself describing a Mario Kart game as “exhilarating,” but here we are.

Darren Forman reviewed the vanilla version back in the day, and I’ll refer readers there for a more detailed explanation as to why this is peak Mario Kart. Suffice it to say, for those Switch owners who have never played the original, Deluxe is a must-buy. There’s really no question. 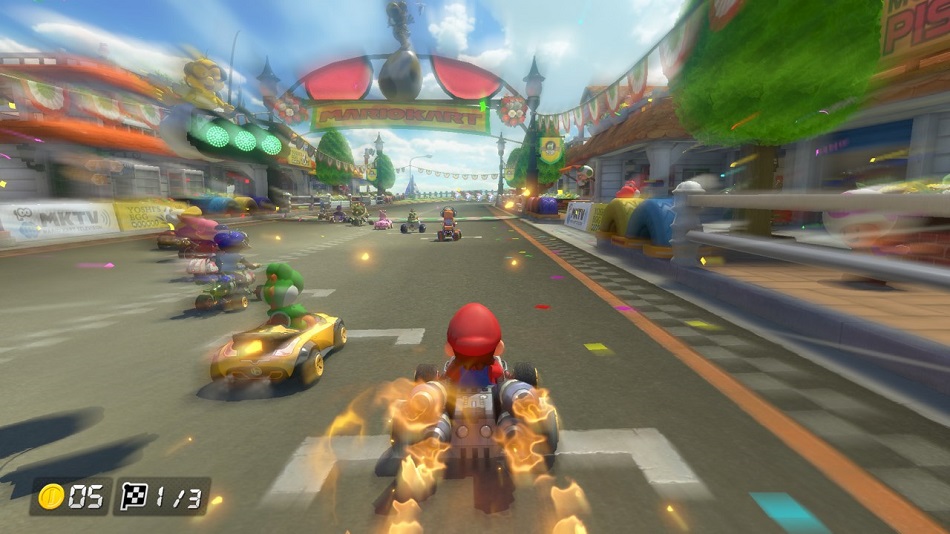 Double-dipping is a slightly trickier proposition for returning customers, but there is one big, new attraction. In the original Mario Kart 8, the once-glorious Battle Mode was a hideous shell of its former self played on the standard racetracks. This time, Nintendo has done it properly and the overhauled mode comes with a set of dedicated arenas. The classic Balloon Battle is also back, but some of the new game types are equally entertaining, including a cops-and-robbers scenario where one team uses giant Piranha Plants to round up opponents.

Beyond that, Deluxe also offers two new handicap options for kids and more casual players. Smart steering, represented by a blinking antenna on the back of the kart, prevents players from driving off-course. While this sounds like it would make winning too easy, it disrupts drifts and blocks access to certain shortcuts, meaning that experienced gamers are better off not using it. The same goes for auto acceleration, which aids with gas and brake usage.

(By the way, smart steering is turned on by default. To disable it, press -/+ on the vehicle selection screen and hit the left trigger. Do this once and it’s off for good.)

Beyond that, the additions are minimal. We get a few new characters, items, and auto parts (including a smattering of Splatoon-themed goodies) but no new tracks. Since I never bought the DLC on Wii U, roughly a third of these Deluxe courses were new to me. On the other hand, anyone who’s already experienced the DLC and doesn’t care about Battle Mode may not find that paying full price for this re-release is justified.

There’s also no getting around the Mario Kart series’ continued inability to provide solid single-player offerings, thanks to a dearth of solo modes and the notoriously-cheap AI. The addition of online play has alleviated this to an extent, but since the Switch is designed to be taken to places where an internet connection won’t be available, Deluxe’s appeal is still limited on the go. Nevertheless, this is the definitive version of what was already the best Mario Kart to date, and it seems to finally be getting the audience it’s always deserved. Even after dumping over a hundred hours into the original version, I’m still finding Mario Kart 8 as fantastic as ever. Rating: 8 out of 10

Disclosures: This game is developed by Nintendo EAD and published by Nintendo. It is currently available on Switch. This copy of the game was obtained via retail store and reviewed on the Switch. Approximately four hours of play were devoted to the single-player mode, and the game was completed. Ten hours of play were spent in multiplayer modes. Many more hours were spent with the original Wii U version of the game.

Parents: According to the ESRB, this game is rated Everyone and contains comic mischief. I’d be hard-pressed to find a more kid-friendly game.

Deaf & Hard of Hearing Gamers: I’ve played it for long stretches with the sound off and I’ve had absolutely no trouble. There are more than enough visual cues.

“Mario Kart 8: The Official GameCritics.com Game of the Year Edition in the Year of Our Lord two thousand and fourteen”