Goal Makers, Life Takers, Don’t You Mess Around With Me 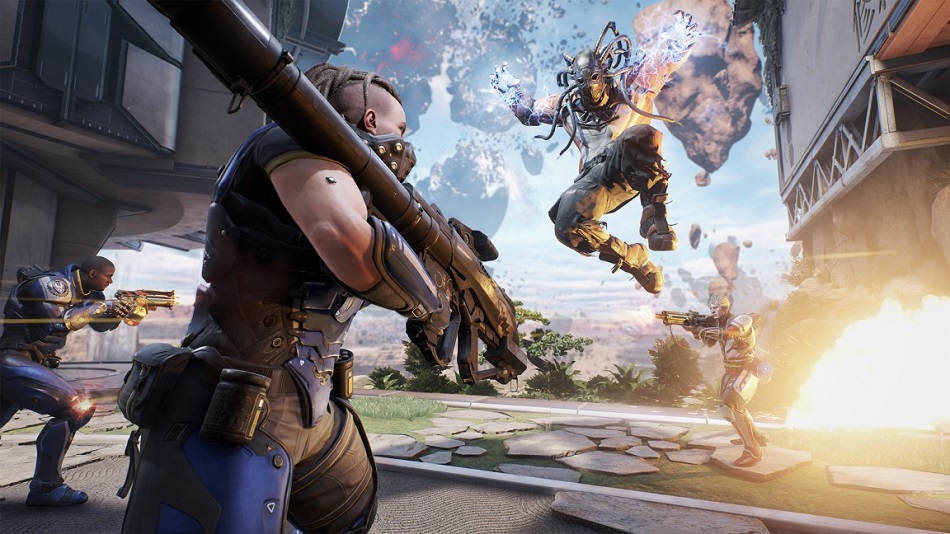 HIGH Letting the other team charge the battery to 100% and then stealing it.

LOW The dialog and aesthetic are thoroughly forgettable.

WTF The tutorials are literally just YouTube videos? What is this, Elite Dangerous?

LawBreakers may be the least-marketable game of the year. While it’s nothing like Overwatch in practice (save for a suspiciously identical loot system), as long as Blizzard holds a monopoly on the class-based team shooter market, comparisons will inevitably be made whenever a new one trots along.

Frankly, LawBreakers has about a penny’s worth of that title’s personality. I’m certain that the characters in this game say things, but I couldn’t recall a single line if someone paid me to. I’m also certain that LawBreakers is quite colorful, yet I still visualize expanses of grey when I think of the game. That’s how drab and vacuous this thing is.

While I haven’t made a case for the game yet, my excitement for LawBreakers stemmed from one name: Cliff Bleszinski. While he’s known in the modern era for creating Gears of War – and, in effect, influencing an entire generation of third-person action games – I still attribute him first and foremost to Unreal Tournament, the greatest arena shooter series of all time (with respect to Quake fans). His latest project by a new studio called Boss Key Productions, is the return to form I’ve been awaiting. This guy has spent enough time slowing shooters down… It’s about time he sped them back up.

I bring up Bleszinski because LawBreakers is so obviously the work of someone who’s been here before. There’s a certain tightness to this package – in the precision of its controls, the economy of its map design, and the subtle ways in which it cuts corners to maintain a rock-solid 60fps. Beneath this trite exterior lies the spiritual successor to Unreal Tournament, a dizzyingly fast arena shooter with a sky-high skill ceiling.

Naturally, LawBreakers sports a few additions. The outdoor sections of each map, for example, are low-gravity zones, and so players are constantly juggling between two different movement schemes and often factoring a z-axis into the number of directions from which an enemy could be coming. Even aside from that, there’s an element of verticality to the way players can maneuver since most classes at least have a double jump, and a couple can outright fly. Though the two tank characters certainly have their uses, their lack of mobility almost makes them feel wrong in the scope of the game. 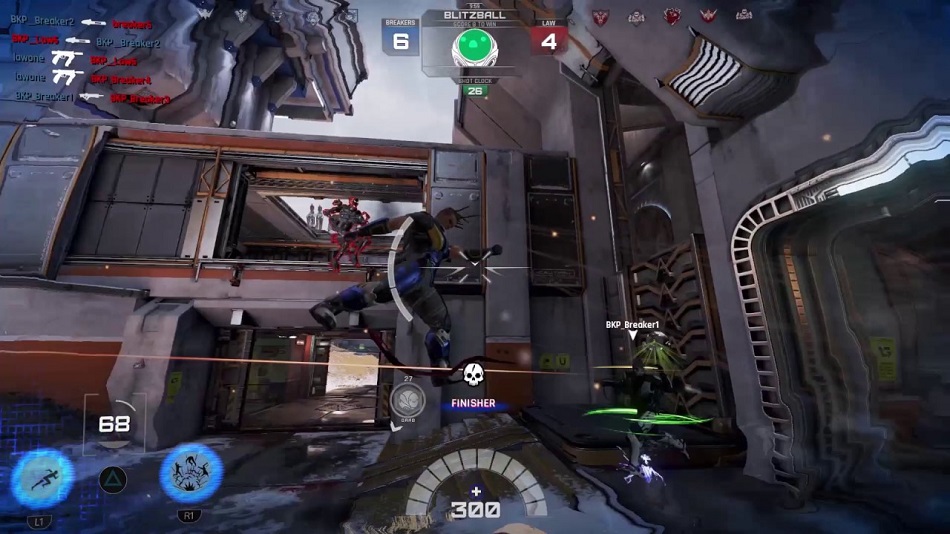 This leads me to the class system itself, which has earned LawBreakers some unfair comparisons to vastly dissimilar games. What separates this from a Team Fortress 2 or an Overwatch is that every single one of the nine classes is sufficiently combat-capable, to the point that even the medic has a grenade launcher. Teams in LawBreakers don’t live or die by their composition, and no one’s going to stress out over how many tanks or healers they have — everyone just picks the character they’re most comfortable with.

The nine choices are remarkably consistent in terms of utility, and there’s only one class (the Vanguard) which I never found much use for. However, I’ve seen other players wreak havoc with it, so I know the problem is with me. The characters are all surprisingly deep, and since everyone’s encouraged to be aggressive, players constantly showboat techniques that I then want to master. When I see someone using the Assassin’s grapple beam to swing around the perimeter of a map to the rear of the enemy base and backstab some fools, I want to try it out myself. In a similar vein, the moment I figured out that Titans can propel themselves across low-gravity areas by blindfiring rockets backward, I was a giddy man.

Since the joy is in the combat, the movement, and the players’ use of the environment, Boss Key has kept the objectives in LawBeakers simple, with its five game types all variations on either “capture the flag” or “king of the hill.” A twist I enjoyed is the emphasis on downtime. When, say, the blitzball is dropped, there’s a brief interim before anyone is allowed to pick it back up. This creates makeshift standoffs as players battle not for control, but for the opportunity to have control. These pauses nicely break up the pace of a match that may otherwise have been too fast to keep up with.

I’d continue here, but the truth is that there really isn’t much to LawBreakers, and that’s precisely why it launched at a budget price, despite looking and feeling like a triple-A product. Rather than spreading themselves too thin, Boss Key chose to go small-scale, forgoing a throwaway single-player campaign and instead balancing and fine-tuning a core set of characters, maps, and modes, and charging a reasonable $30 for the whole package. That it plays fluidly and runs like butter only sweetens the deal.

So LawBreakers is easy to recommend to those with nostalgia for the arena shooters of the late ‘90s. Its less-than-alluring presentation hasn’t exactly earned the game a massive following, so when I say as someone raised on Unreal Tournament that this is the real deal, I hope someone heeds my advice. LawBreakers deserves a chance. Rating: 8 out of 10

Disclosures: This game is developed by Boss Key Productions and published by Nexon. It is currently available on PlayStation 4 and PC. This copy of the game was obtained via paid download and reviewed on the PC. Approximately 20 hours of play were spent in multiplayer modes. There are no single-player modes.

Parents: According to the ESRB, this game is rated Mature and contains Blood and Gore, Intense Violence and Strong Language. I wouldn’t call the game perverse or sadistic, but it’s full of the sort of gibbing one would expect in a multiplayer shooter. I heard some occasional F-bombs, though a profanity filter is available in the options menu.

Deaf & Hard of Hearing Gamers: As this is exclusively a competitive multiplayer game, anything that would put one player at a disadvantage over others is going to be an issue, and that includes being able to hear opponents attacking even when facing a different direction. There are no subtitles, though the character dialog is just there for flavor and isn’t important.