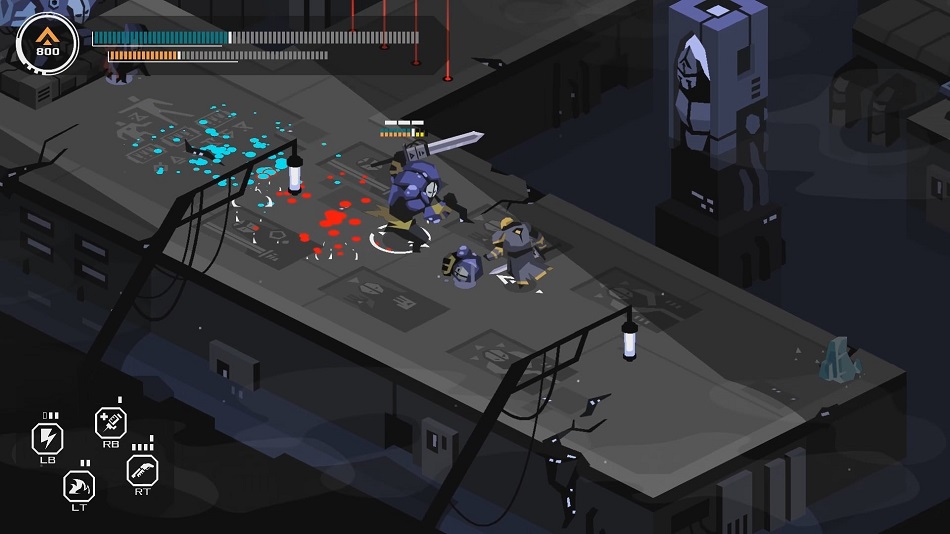 WTF Is there a “good” ending? No, really. We’re all trying to figure it out.

I make a habit of finishing games like Immortal Planet before I review them. This is partly a defense mechanism – there’s less room to be told I need to “git gud” when I’ve proven I can beat the damn thing – but also because I get caught up in frustration easily. I frequently proclaim to myself that I’m playing the Worst Game Ever Made when I’m faced with a seemingly insurmountable challenge. It’s only afterward that I can assess whether it was the game being unfair, or me.

Immortal Planet is a self-described tribute to Dark Souls, the game that taught me this virtue. As with that title, there were many instances in Immortal Planet – usually boss battles – in which I wanted to throw the controller aside, quit, and forever dismiss it as a repugnant waste of time. But where the two games differ is that Immortal Planet’s view from the top isn’t worth the struggle it takes to get there. Its rewards simply don’t outweigh its frustrations.

So Immortal Planet is a soulslike, and at the very least, developer Tomasz Wacławek clearly understands the importance of stamina management in this subgenre. Everyone on this icy, cyberpunk-themed planet is bound to a regenerating stamina meter, meaning that they can only perform so many simultaneous actions before having to take a breather. The combat revolves around forcing enemies to overexert themselves while not falling into the same trap.

This should be familiar to any Souls fan, though Immortal Planet does present a couple of new twists on the formula, such as the way enemies are staggered. Players can stun-lock opponents (including bosses) by rolling into them while their stamina is low. If the enemy’s stamina isn’t down quite enough, however, the move fails and the player gets stun-locked instead. It’s a risky maneuver, but mastering it can be a major advantage – since guardrails don’t seem to exist on this planet, it becomes a perfectly viable strategy to just knock standard enemies off of ledges rather than whittle down their health the normal way.

So that’s neat, and in fact, I like a lot of the basic elements that Immortal Planet has to offer. Some of the magic spells are game-changers to the degree that it’d be insanity not to take advantage of them, and even to dump some experience points into unlocking extra uses. The game also takes a few welcome cues from Bloodborne — the weapons have secondary forms, and one of the starting perks gives players the chance to recover lost health by landing quick counter-attacks. 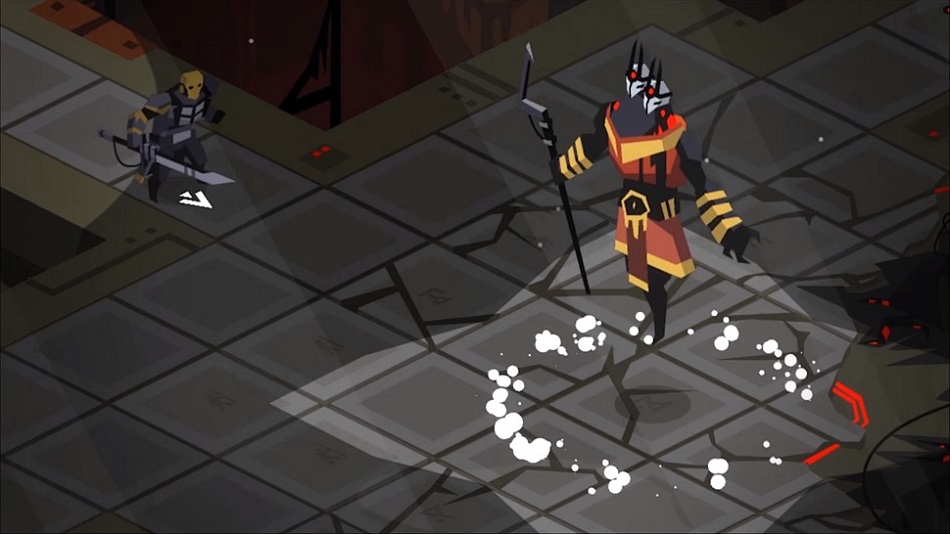 But combat never feels especially tight for a couple of reasons. The isometric perspective is poorly suited to a game that requires this much precision and careful judgment, and the low frame count of the game’s animation (though understandable given the size of the dev team) makes it difficult to decipher enemy tells.

Those are petty complaints in the face of Immortal Planet’s clumsy, exhausting boss battles, though. They’ve all got too much damn health (a half-baked method of inflating difficulty) and if the standard enemies are slightly difficult to read, the bosses are flatly indecipherable. The nadir is Prisoner One, a rank casserole of fire, spike traps and bullet-hell projectiles. The best encounters in the Souls games always tended to be the simplest, and Wacławek’s attempts to up the ante reduce Immortal Planet’s climactic moments to overblown marathons.

Every time I hit a wall in Immortal Planet, two major design flaws magnified my frustration. First, while long hikes back to boss arenas are common in games like this, FromSoft’s entries usually give the option to simply run past enemies once the route is known. In this game, doors between areas remain locked if there are enemies nearby, multiplying the number of steps players must repeat every time they want to retry a boss.

Even worse is the way health restoration works in Immortal Planet. Players only ever start with one potion. Additional potions can be found in floor hatches through the world, which reset every time the player dies. So, if I want to go into a boss fight with more than one potion (which itself only restores a fraction of health once I’ve substantially leveled up), I need to run around the preceding level and gather more every single time. Adding salt to the wound, some of these floor hatches will randomly spawn a surprise enemy, a mechanic for which Immortal Planet can go straight to hell.

In the twelve or so hours it took me to complete the campaign, I easily spent over half of that time either fighting bosses or performing the repetitive prep work leading up to my attempts, and the bosses themselves are such a mess that I never felt a sense of reward for defeating them.

And in the end, what’s the point? I respect Immortal Planet’s opaque lore and its obstinate refusal to clearly answer questions, but much of that appeal is undone by lousy translations and general visual drabness. This “planet” seems to consist entirely of industrial corridors, its regions distinguishable only by the color of the metal. There’s just “the green level” or “the red level,” and those who do some exploring during endgame can unlock an extra-special purple level. That’s exactly what I meant when I said that looking back on the experience, it wasn’t worth the struggle.

While I admire any indie developer with the ambition to take the Souls formula on, Immortal Planet is a surface-level imitation of an iconic series lacking the polish, variety and painstaking detail of its inspiration. This game takes a lot more than it gives. Rating: 5 out of 10

Disclosures: This game is developed and published by teedoubleuGAMES. It is currently available on PC. This copy of the game was obtained via publisher and reviewed on the PC. Approximately 12 hours of play were devoted to the single-player mode, and the game was completed. There are no multiplayer modes.

Parents: As of press time, this game has not been rated by the ESRB. There’s quite a lot of blood splattering about, but the game has the simplistic, cartoonish look of Flash animation, and nothing on display is remotely realistic or graphic.

Deaf & Hard of Hearing Gamers: All dialog is text-based, and sound cues play no important role in the game.

@mike Suskie This is gonna be my last message towards this debacle, I hope (I’d generally prefer my dabbling in the indie community to be fluffy) – But what are your thoughts on the way the situation’s turned out. And do you folks have any intention on commenting on this, or reaching out to Immortal Planets Dev for a statement :: https://www.gamespew.com/2017/08/the-immortal-planet-conspiracy-fake-endings-duplicitous-devs-and-how-to-erode-consumer-trust/ ?

Not particularly. Honestly, man, I put this game out of my mind the moment this review was finished.

So yeah, no good ending – The patch notes on steam are an outright lie, as is the developers troll-y insistence there is one.

We also have a Data Dump- So this is confirmed.

Thanks for letting me know! Turns out it was a good use of that WTF bullet point, then.

Got an interview done recently with the writer for immortal Planet, right here :: https://www.youtube.com/watch?v=rwE5FuOlWQo&t=25s And if you want to skip ahead to the Not so fun Surprise :: There’s no Good ending. Surprise https://youtu.be/rwE5FuOlWQo?t=2399 Want to find your own set of heart crushing revelations :: Immortal Planet Properties on Steam -> Browse Local Files -> english.loc text document -> all text in the game If you’d -like- all the pertinent files for the review, ask me, I can just flood you with a heap of messages from the discord where he egged fans and QA testers alike to go… Read more »

Actually, now that my friend brought it up :: Part of steams criteria for determining front page games and where a game falls on various lists?
Cumulative play hours. Which- releasing a patch that falsely states that a good ending was added? …Would only serve to bump that up.

Always disappointing when a developer tries to piggyback on Dark Souls’ success without any real understanding of what made those games work and just relying on making it frustratingly difficult/unfairly difficult.