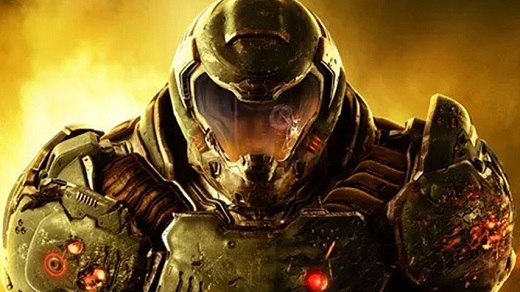 Had the series been a bigger staple of my childhood, I'd reckon that Doom 3 would rank among the most disappointing games of my life. The manic energy of id Software's previous first-person shooters felt utterly neutered in service of sleazy horror, much of it only made possible by the character's inability to hold a gun and a flashlight at the same time.

The quality of the new Doom reboot will likely hinge on id Software's acknowledgement that graphical technology in video games is well past its flourishing peak. We don't need groundbreaking light effects from a new Doom release; we need the fast, unrestrained brand of gunplay missing from modern triple-A shooters more focused on cover systems and regenerating health. I recently dipped into the multiplayer beta, and I'm happy to report that after a twelve-year hiatus, the series definitely seems to be back on the right track.

Unsurprisingly, it's all quite reminiscent of Quake. There's no sprint function, because players move quickly enough to negate the need for one. There's also no reload. In fact, Doom is so simple and unpretentious that several buttons on the controller go unused. It's kind of refreshing to play a triple-A release this committed to not bogging players down. 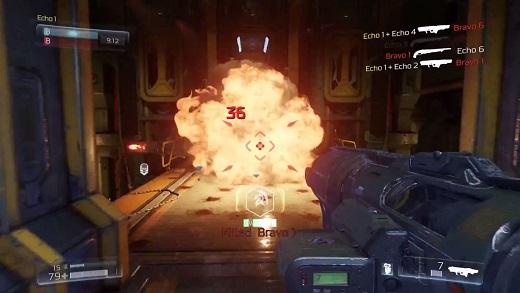 Doom does borrow a few elements from contemporary FPSs — the armor looks a bit too Spartan-esque for my liking, and not even this series is immune to the plague of custom loadouts — but for the most part, id Software puts as little as possible between the player and the action. The maps, which are delightfully cheesy-looking (full of lava pits and rivers of blood and such) are littered with pickups, the best of which are usually in tricky-to-reach locations, like being suspended over chasms. The nonstop hunt for the items lends each match a lightning-fast pace.

Going back to the loadouts, however, I do wish scouring levels for powerful weaponry was a bigger factor in the way Doom flows. Aside from one high-powered gauss cannon, the entirety of the beta's arsenal can be accessed at spawn, and it robs Doom's thrill of wielding a rocket launcher when everybody's got one out of the gate. There are downsides to using it (fire rate, projectile speed, etc.) but it's still powerful enough that I rarely found myself using any of the other starting weapons. Hopefully id Software will tune this for the final release, perhaps by throwing in more surprise opportunities to shift the tide of a match. 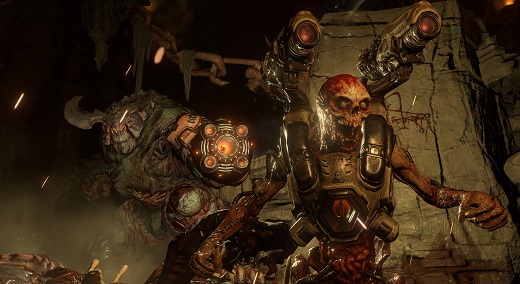 In the beta, the only real wild card is the Demon Rune, a pickup that allows a player to transform into an overpowered monster. The only one available was the Revenant, a skeletal creature with a jetpack and two shoulder-mounted rocket launchers, and that was more than enough. Every Demon Rune spawned was either a terror or a thrill, depending on whether or not I was the one to retrieve it.

The Doom beta didn't give us a look at the game's single-player mode, and I'm hopeful that the pragmatic attitude of its deathmatch mode carries over into the campaign, because I'm not looking forward to more of the faux-horror nonsense that we got in Doom 3. What little I've seen is full of promise, however. In recent years, we've had to look to indie projects like Rise of the Triad for shooters that embrace old-school principles, so it'd be a hell of a thing to see the triple-A industry channel them again.