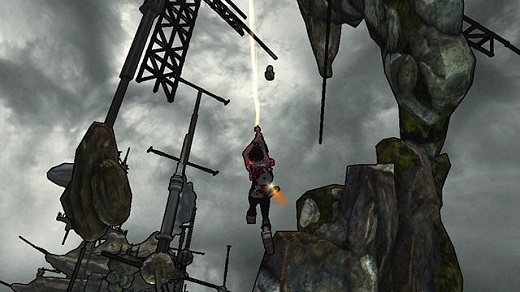 Until now, I had no idea that the swinging mechanic from the Spider-Man 2 video game could be traced to a single mind, but that's Jamie Fristrom's claim to fame.

While the superhero sandbox genre didn't truly take off until the next generation, Spider-Man 2 was the first game to take me off the streets of an open world, and its practical webslinging system was what made this approach work.

Soaring across the Manhattan skyline was liberating on levels previously untapped in sandbox titles, but using the mechanic effectively still took practice, effort and an understanding of the game's plausible physics. Many modern superhero romps still forget to find that balance between freedom and a sense of reward. So being told that this mechanic was engineered by a single guy, and that said guy is currently working on an indie title based entirely around a similar swinging system, made my ears perk. 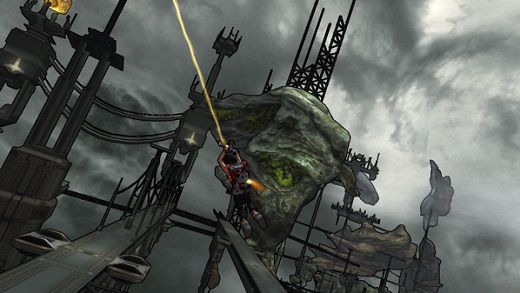 Energy Hook purports to transform the swinging system from Spider-Man 2 into an extreme sports game, and even throws in a jetpack for kicks. Unburdened by its predecessor's focus on elements like combat and such, Energy Hook puts no obstacles between the player and lots of pure, unfettered swinging. Levels are vertically aligned playgrounds full of traversal challenges like time trials and score attacks, and that's pretty much all there is to it.

While that sounds ideal, this emphasis on whittling the formula down to bare essentials uncovers some unfortunate cracks in the foundations.

Spider-Man 2's movement system was unique in that it presented physical value — each web needed to actually connect to something in the environment. But, since there was an entire city to explore, the game did much of the work for players who simply needed to worry about maintaining momentum and steering Peter Parker between skyscrapers.

With Energy Hook's more intimate approach (and with mouselook likely the go-to input option since the pad controls are a bit borked at the moment) it feels like a missed opportunity that the system doesn't demand more precision. It's simply a matter of holding down a button and waiting for the tether to stick to whatever object happens to be closest.

On a broader level, the big issue with Energy Hook right now is that it just doesn't control tightly, and that's a big concern for what's supposed to be an extreme sports game. Both the tether and jetpack controls often feel delayed or outright unresponsive, and on-foot movement is a fuss since it's difficult to stop or change direction once a player has committed. I had to juggle with the possibility that I'm just lousy at the game, but I think that the real reason is that the early controls need some major tweaking.

There are also, perhaps predictably, some technical concerns ranging from clipping to crashes, and Energy Hook's presentation leaves me wanting; the music grates quickly, and the complete lack of detail or shading in the environments tends to make it difficult to judge distances or differentiate between objects. 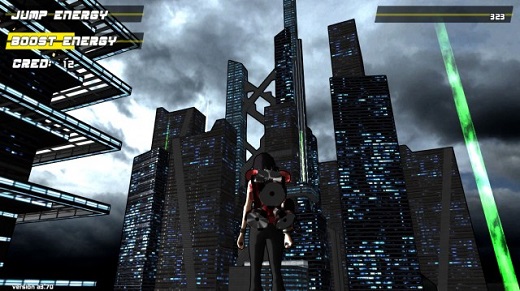 Having said all of that, this is still an Early Access title and likely will be for some time, so all I can do is make note of what the developers need to work on.

I'm still very much down with the creator of Spider-Man 2's web-slinging mechanic making an entire game out of it, but I think it would be a mistake to simply copy and paste the system into its own spin-off title without deep consideration given to how well it can perform as a one-man show. Fristrom is a superstar and I'm glad to finally know his name, but Energy Hook has a long way to go.

Energy Hook is currently in Steam Early Access, and will be coming to PS4 and Vita in the future.