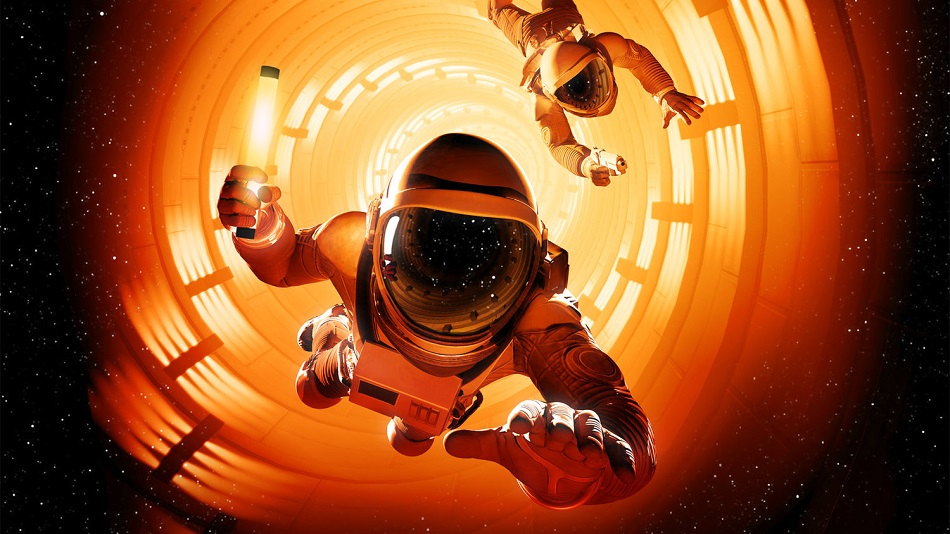 I’ve been the owner of a Vive for little more than a week so forgive me if I’m stating the obvious here, but I’m noticing that the games most well-suited to VR are the ones where the developers don’t need to contrive some bizarre replacement for walking. By and large, if the main character doesn’t have an excuse to be standing or seated, we’re forced to either teleport around awkwardly or risk motion sickness.

As it turns out, one of the optimal settings for VR is space at zero-gravity, where feet are more or less useless anyway. That’s the basis for 3rd Eye Studios’ extremely promising Downward Spiral: Horus Station and the innovative free movement system that they’ve created for it.

It works simply and elegantly – using the two Vive motion controllers, players can grab ahold of any object in the environment and push themselves away. That’s it. That’s all there is to getting around. The entire station is lined with guiderails, and perpetual motion means there’s no danger of players coming to a halt without something new to latch onto. It’s one of the most joyful and intuitive means of exploring a 3D space I’ve ever experienced. 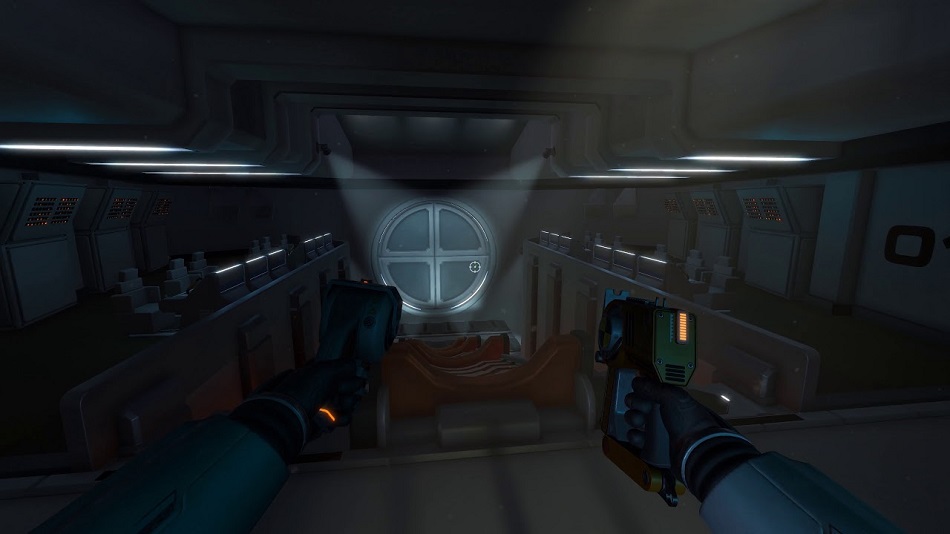 The full campaign will also add a grapple gun to supplement the movement system. Using it is a simple matter of equipping it to one hand, aiming, firing, and continuing to hold the trigger as the device reels the player it. It’s absolutely intuitive to use – this is the most effortless way I’ve ever navigated zero-G in a video game.

This preview ends on two moments of rather magnificent spectacle that assure us we’re in for more than just Alien-inspired metal corridors. First, after exploring the station for a bit and initiating something called “Goliath Protocol,” a towering, tripedal robot emerges from the floor of the main chamber and attempts to fry us as we head for the airlock. It’s a stealth setpiece and we’re not meant to fight it, but it’s terrifying to behold in VR, and it had me wondering what a proper boss fight on that scale would feel like.

Then, the chapter closes with a bang – a proper spacewalk just outside of the atmosphere of a nearby planet, in which we’re slinging ourselves from one piece of debris to another, eventually taking shelter in another spoke of the station. Ville Valo’s haunting score only further elevates the majesty of this moment. 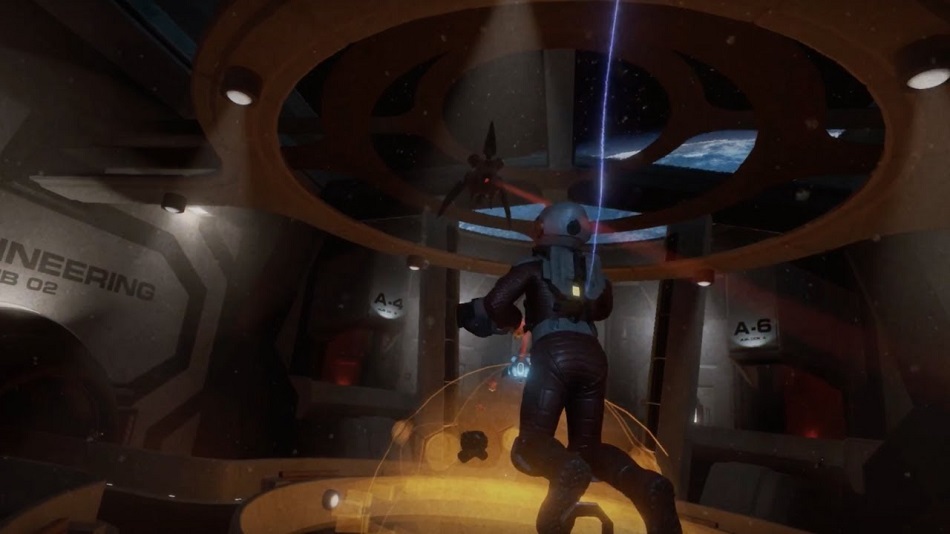 Though I left the demo with a strong impression of Downward Spiral, I do have a couple of concerns. Namely, the combat feels a bit bare-bones, based on what I’ve seen. The only enemies glimpsed so far have been flying drones, and their weapons appear to be hitscan-based, meaning that gunfights feel like damage-per-second races. It’s somewhat mitigated by the fact that there’s no apparent downside to dying – players are resurrected with no progress lost – but I’d rather be dealing with avoidable consequences than none at all.

My other quibble is that, after playing two separate previews for Downward Spiral, I have no idea what’s actually happening in the game. I’ve simply been pushing buttons and opening whichever doors have green lights. This could be by design, as Downward Spiral’s official website calls it “a story that’s discovered, not told,” so it’s just a matter of whether or not 3rd Eye Studios can live up to their promise.

Still, given what I’ve seen here, consider me intrigued. Downward Spiral: Prologue, a standalone, 15-minute taste of the game’s mechanics, is currently available for two bucks on Steam. I recently also had the opportunity to demo the full game, subtitled Horus Station, which is set for release on both PC and PSVR sometime this spring. Anyone curious about the potential of VR should definitely keep an eye on it.