No Longer Original, But Still Divine 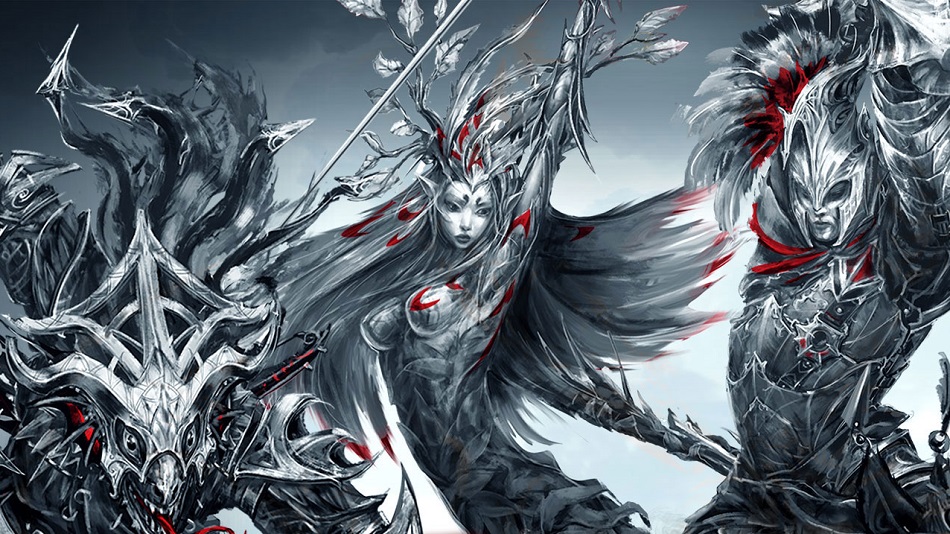 HIGH Sending Crispin, the undead philosopher, into an existential collapse.

WTF An out-of-place Pipe Mania-esque puzzle in the final dungeon.

Larian Studios is getting dangerously close to creating the perfect RPG. In the past, I’ve stated that Divinity: Original Sin is the best role-playing experience I’ve ever had. While its sequel is only a marginal improvement, that’s quite an accomplishment given how little there was to improve – my only complaints at this point are technical. Had Original Sin II been given a little more time in the oven, it may truly have been flawless. I wouldn’t fret about it, though. When a game offers well over a hundred hours of content and not a single minute feels extraneous or redundant, a few crashes and framerate drops don’t dampen the mood much.

The premise of the game is that a type of otherworldly magic called Source is attracting hordes of hideous creatures known as Voidwoken. To combat the outbreak, authoritative types are rounding up and shackling any known Source users. The protagonist and all prospective allies begin the game aboard the latest ship to a prison called Fort Joy. While the plot eventually moves on to grander happenings such as warring factions, ancient lost races and the main character’s possible ascension to godhood, that all comes later. For those early moments, the only objective is to assemble a team and escape the fort.

When I previewed this chunk of Original Sin II last year, I had many positive things to say about it. In the context of the full game, it’s even more impressive for how it sets the stage. This is where players meet and recruit the characters that’ll be accompanying them for the remainder of the game. Since any ally can be assigned any starting class, for once we aren’t forced to turn down the people we actually like for those with more utility. In Original Sin II, anything can be made to work.

That goes double for the flexible level design, perfectly encapsulated in Fort Joy, from which there are seemingly countless methods of escape. There are multiple routes through, around, and under the stronghold, all involving unique encounters and plot points that the majority of players won’t see, because the majority of players took other passages. Anyone who follows the tunnels out of the dungeons will be treated to a bizarre conversation with a giant fire slug who believes she’s a queen, but will miss the ceremony upstairs that reveals what the magisters are doing to these Source users. Those who stick to the cliffs will miss all of that, but get the distinct thrill of discovering just how much that teleportation glove they found on the beach expands their reach. 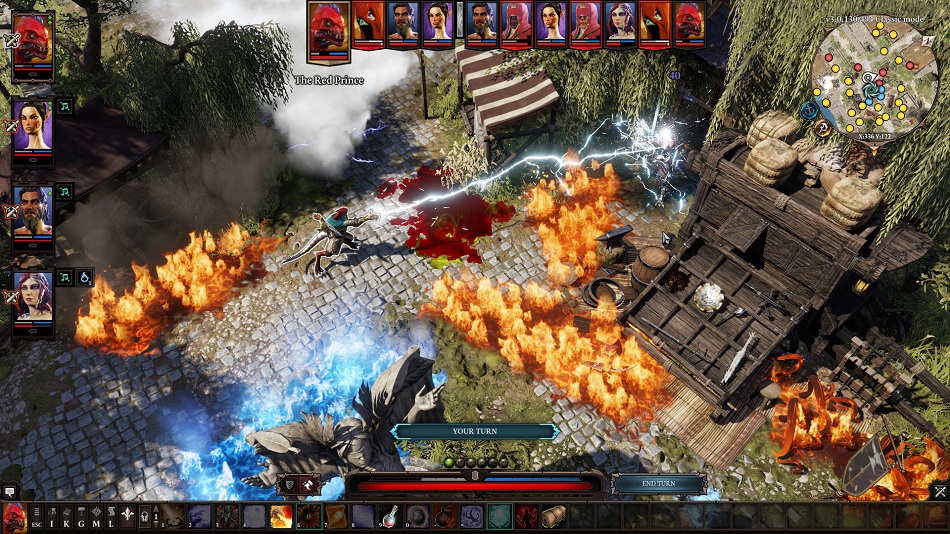 In fact, Original Sin II left me consistently amazed not simply by the number of options, but by its ability to make every path special. There’s a perk that allows players to talk to animals, and it’s provided me with many amusing and often helpful conversations that plenty of players will miss altogether. I’ve learned much about the world of Rivellon from the elf-exclusive ability to read dead people’s memories by consuming their body parts, and I suspect anyone without an undead character in their party will have a much more difficult time maneuvering around deathfog than I did.

One of the great things about the recent CRPG resurgence has been seeing the genre trend toward tactical turn-based combat over the real-time messiness favored by the old days – a style which still, regretfully, plagues Obsidian’s recent releases. However, Original Sin had the best battle system of any RPG I’d ever played, and the sequel’s subtle tweaks only improve it.

Environmental hazards and status effects played a big role last time, for example – the way certain surfaces would burn or conduct electricity, and how battlefield conditions changed based on the attacks being used within them. That’s still the case, but it’s a bit more difficult to slide by on status ailments this time thanks to the addition of armor. All skills drain the same energy pool – there’s no mana bar, thankfully – but every character has both physical and magical protection, and ailments can’t be applied until the corresponding armor type is drained. It’s a nice way of ensuring that whichever side gets to move first can’t just electro-stun everyone out of the gate. 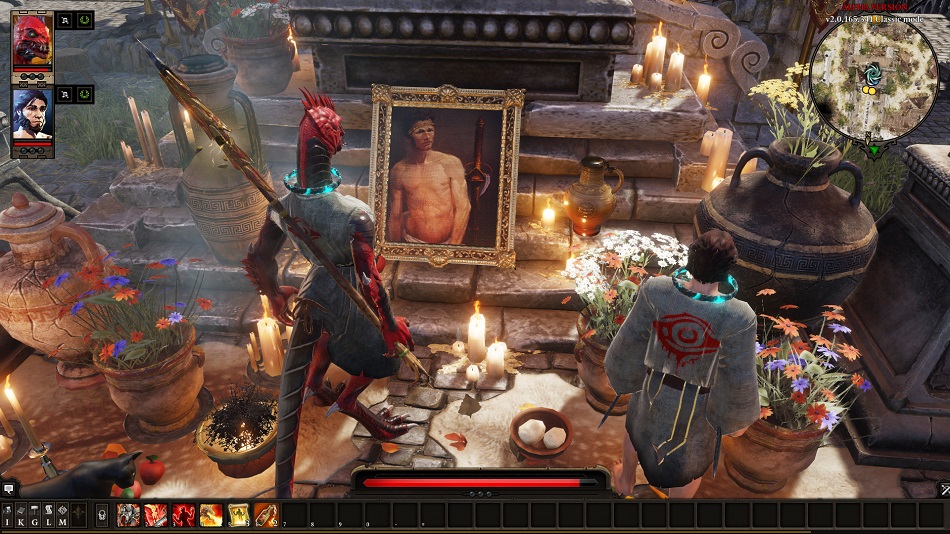 Since every available class begins with two specialities, a four-person party can display an impressively wide array of skills ranging from the usual elemental spells to weirder things like polymorphing and summoning. Discovering the most effective combinations is part of Original Sin II’s joy, but I also need to make a point, so I’ll spoil exactly one. Rupture an enemy’s tendons, which causes him to take damage as he moves. Then transform him into a chicken, which forces him to run away from the battle. If the status effects stick (meaning the target’s physical armor has been depleted), he will literally run himself to death.

It felt so good to figure that out. Most games centered entirely on turn-based strategy aren’t as deep or unpredictable as the fraction of Original Sin II that’s devoted to it. They don’t have the satisfying escalation of power, either. My party spent the first few hours wearing buckets on their heads because literally no other gear was available. By the end, they were turning corpses into bombs and commanding giant spiders made of bones.

But, while it’s lovely that Original Sin II boasts an intricate world, that its diverging paths are all rewarding, that the combat’s a blast, and that a mid-sized studio like Larian was somehow able to record full voiceovers for about 99% of what must be several textbooks’ worth of dialog, none of this is sustainable for over a hundred hours if the game doesn’t pace itself. The big secret to the new Divinity games’ success? Their complete absence of grinding.

Since nothing respawns, experience points are a limited quantity and everything that happens throughout the game is a unique, one-time experience. It’s a brutal RPG on the regular difficulty setting, and players can only become stronger by exploring and seeking out new activities, quests and battles. That’s how an adventure like this is as entertaining in its closing moments as it was during its earliest, and how a 125-hour game can still leave me wanting more by the time the credits roll.

Putting aside a few performance issues that really don’t matter, I have a single complaint – a number of side quests are bugged and cannot be officially completed. Typically, I’d be given a task and perform it, but when I’d return to the quest-giver, no new dialog option would open up. Assuming I was missing something, I’d head to the forums only to discover that everyone else was having the same problem. If there were only a couple of cases of this, I’d let it slide, but it simply happens too often, even if it only affects optional content. Then again, since this is Divinity, any quest can be permanently closed just by murdering the quest-giver, so that’s something.

I don’t like to be hyperbolic, but Larian’s semi-rebooted Divinity series really does make every other RPG in existence look like child’s play. And while Original Sin II has in no way been dumbed down, it’s a slower enough drip that I’d easily recommend this to first-timers over its predecessor. Its scope and depth may be intimidating, but however many months it may take the average gamer to complete Original Sin II, it’s worth every second. Rating: 9.5 out of 10

Parents: As of press time, this game has not been rated by the ESRB. There’s some mild profanity and a handful of sexual references, but it’s the violence that would likely earn this title a “Mature” rating (as its predecessor had). Dismembered limbs, reanimated corpses and pools of blood have actual mechanical importance, so the game doesn’t skimp on the gore. Still, the game’s lighthearted tone and static portrayal of scenes prevents it becoming perverse. I think mature teens can handle this.

Deaf & Hard of Hearing Gamers: The game offers an abundance of visual feedback and is perfectly playable without sound. The vast majority of the dialog is subtitled, though the lone exceptions are the animated sequences between chapters. There are only a few of them and the information found within them can be gleaned elsewhere, but it’s an unfortunate oversight.

After playing it, the first Original Sin became my all-time favorite RPG! It’s a fantastic game!! I’m waiting & hoping this one also makes it over to consoles. Quick question – how’s Mr. Slavov’s score compared to the late Mr. Pokrovsky’s? I loved the first game’s soundtrack & hope Mr. Slavov was able to compose an equally enjoyable score.

I’m glad you asked that, because I didn’t have the space to address it in my review, but as I also loved Pokrovsky’s work in the original, it was a concern for me. Slavov’s score leans much more heavily on traditional orchestral work, so it doesn’t quite have the same bouncy personality, but it’s still quite excellent as these things go. He actually came up with a very memorable central theme that pops up frequently throughout the game. I’d still rank Pokrovsky’s higher but I think you’ll enjoy this one as well.

This game man. This game almost single-handedly refreshed my love of games in general, as I was feeling quite low about the industry thanks to the relentlessness of the AAA cash-grab-microtransaction-lootbox-bullshit agenda that was seemingly drowning my favourite hobby. Well done Larian – sort those quests out though.