Emphasizing The Importance Of Coffee 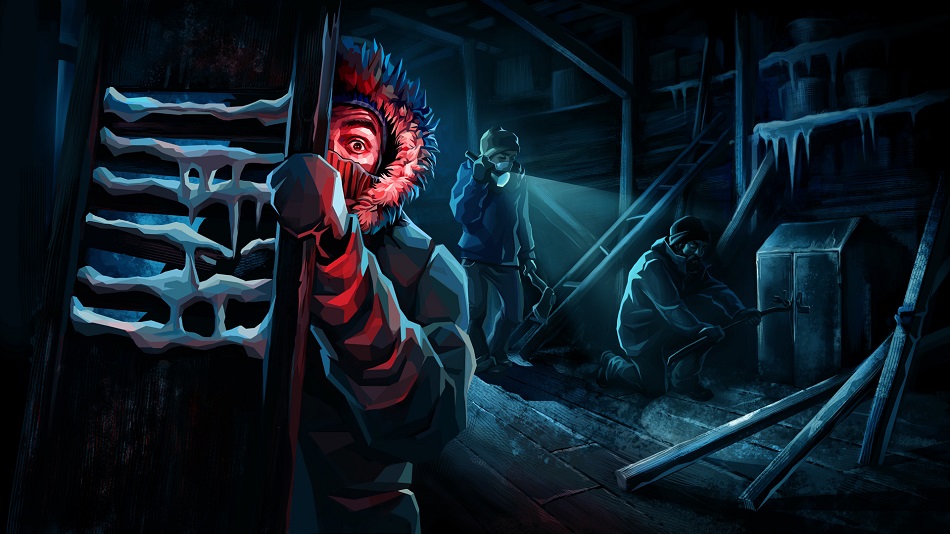 HIGH Finding an adrenaline shot right as a teammate is about to die.

WTF How the hell do I use anomaly traps?

Distrust’s title is misleading. The game openly claims to be inspired by John Carpenter’s The Thing. On the surface, that’s true – it’s about surviving both natural and otherworldly threats in an Antarctic research base. The aliens in question don’t disguise themselves as humans, though, so the film’s major undercurrent of paranoia is absent. “Trust” has nothing to do with any of this.

I say this only to temper expectations. Don’t play Distrust anticipating a playable version of Carpenter’s cult classic. Play it, instead, for being an intelligent strategy-survival game that’s atmospheric and tense as hell entirely on its own merits.

After two explorers become stranded at the aforementioned research base following a helicopter crash, players must guide them through six consecutive fenced-in zones. With permadeath and procedurally-generated environments, Distrust is a roguelike, though it’s the good kind where there’s a valuable lesson in every failure. We enter each new run with a better understanding of how to survive than we previously did, and the ticking timers attached to every aspect keep the game nerve-wracking even as we’re treading through familiar territory.

The objective at all times is to move from one zone to the next, which always involves some sort of puzzle. Sometimes there’s a complicated locking mechanism. Sometimes solutions are a bit more roundabout, like having to charge a snowplow’s battery in order to clear a path. The game’s real struggle, however, is having to keep one’s team alive and healthy while they’re searching for ways forward.

Each person has three important stats: warmth, stamina, and satiety. While hunger and freezing temperatures will gradually sap a character’s health in expected ways, it’s sleep deprivation that provides Distrust with some of its most memorable twists, since an exhausted character will develop “madnesses.”

There are nearly two dozen of these sanity effects, and while a handful of them are silly (like “Shakespearean expert”) most of them hamper a person’s functionality and reliability. In one of my failed runs, for example, I was unable to ward off an alien attack because my character had been randomly trashing items in her inventory, including the ammunition I’d been saving for just such an occasion. 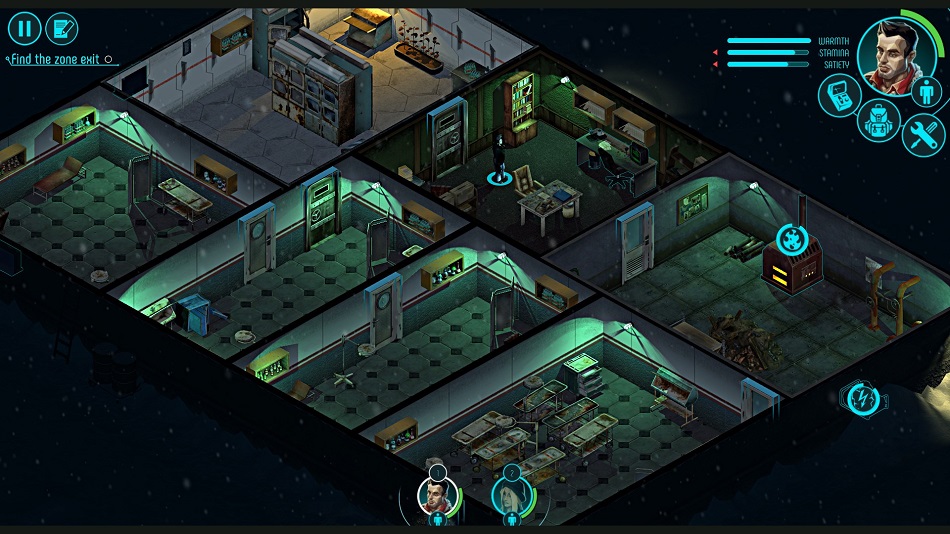 The only way to prevent such occurrences is to keep characters energized, and that’s where Distrust gets clever because the aliens only materialize when people are sleeping. So, every nap, however necessary, carries a risk of another sort. Unsurprisingly, coffee is one of Distrust’s most precious commodities.

Beyond that, survival involves a complicated but predictable set of rules. Gasoline powers the generators that keep the lights on, which holds most of the monsters at bay and allows characters to navigate indoor areas more expediently. Staying warm means keeping fires fueled, but the building in question also needs to be insulated, meaning no open or broken windows. Characters share a single inventory but can’t all use the same tool at the same time.

As a playthrough becomes progressively more difficult and obstacles pile up, players can make choices that speed progress but also put them at greater risk. For example, any locked door can be opened using a universal key ring, but finding the right key takes forever. Breaking the door open with a crowbar takes far less time, but then the door is broken and the player needs to repair it if they want to stay in the building and keep warm. Since repairing something requires planks, doing so rids the player of firewood that they might need down the road.

With so many consequences and a timer that’s constantly pulling characters closer to death, Distrust is a terrific engine for emergent thrills, often due to the player’s own negligence. I might get so caught up searching for bandages to patch up a profusely bleeding character that I forget to keep a generator fueled, leading my other guy to get killed in his sleep by an alien who was no longer afraid to come inside.

It’s the perfect type of game for procedural level design, too, with players having to apply their ever-expanding knowledge of the rules to a constantly-shifting landscape. Being at the mercy of random number generation inevitably leads to some unlucky frustrations, but that only sweetens the relief of, say, stumbling upon a first aid station just as someone’s about to succumb to an illness.

My only major issue with Distrust is that the pathfinding can be terribly buggy at times. Finishing the campaign means being efficient with time and resources, so it can be frustrating when characters don’t do what I tell them. I’d sometimes take my eyes off somebody for a moment and later find them running in circles outside, wasting time and losing body heat in the process.

Otherwise, though, Distrust is pretty top-notch stuff. It’s the sign of intelligent and well-considered mechanics that something as inherently repetitive as Distrust never once felt tedious to me. Russian publisher Alawar previously gave us last year’s Beholder, a similarly high-concept little gem from their home country. This makes them two-for-two on Steam releases, and I can’t wait to see what other fascinating indies they bring us from their side of the world. Rating: 8.5 out of 10

Disclosures: This game is developed by Cheerdealers and published by Alawar Premium. It is currently available on PC. This copy of the game was obtained via paid download and reviewed on the PC. Approximately 11 hours of play were devoted to the single-player mode, and the game was completed. There are no multiplayer modes.

Parents: As of press time, this game has not been rated by the ESRB. There are paths and story threads that I probably haven’t seen, but from my experience, this would be rated Teen for non-graphic violence and moderate profanity. Nothing harsh.

Deaf & Hard of Hearing Gamers: Aside from the intro, which is subtitled, the dialogue is text-only, and all important information is communicated through visual cues.