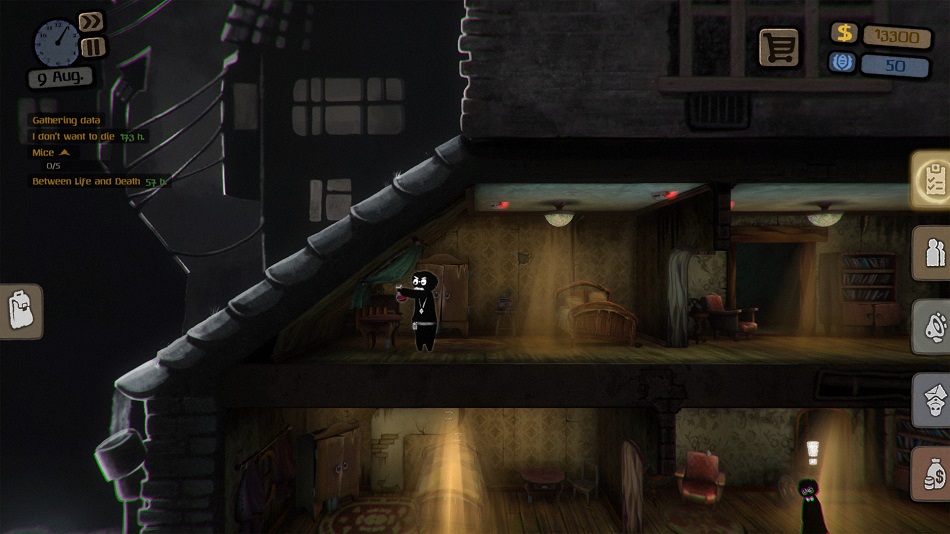 LOW The bizarre lack of urgency in Hector’s plight.

WTF The English translation, once again.

Beholder was one of the more pleasantly surprising indies that I played last year, a game of domestic espionage that shined a light on the pressures that well-meaning people face under authoritarian regimes. I remember wishing that Beholder had more replay value, and to my surprise, developer Warm Lamp Games has committed to supporting it post-launch, having just released the title’s first DLC, Blissful Sleep.

Any inquiring minds that would like to know more about the base game – which I very much recommend – can read my review. In this review, I’ll only be discussing what’s new in the DLC… Or, at least, that was the plan. It turns out that Blissful Sleep offers nothing that we didn’t see in the main campaign.  It features no new mechanics or twists on the formula, and it’s even set in the same apartment building from the core game and stars the landlord that former protagonist Carl replaced. It’s a pure rehash, in other words, its only distinction being that it’s considerably shorter than the original campaign was.

The setup is that our East Germany lookalike of a government has begun executing citizens when they reach the age of 85 as a means of sparing the country from healthcare costs once older folks, as the authorities argue, can no longer contribute to society. Our new landlord, Hector, is mistakenly believed to have reached that age, and therefore has two weeks to solve the issue before the Not Stasi come to collect him.

Players are running on a tighter schedule this time around. Two weeks only translates to two or three in-game hours, and the funds we’re expected to accumulate in that period – all while maintaining a pleasant living atmosphere and spying on all of Hector’s tenants for the government – are mountainous. Blissful Sleep does have a “happy” ending, i.e. one in which Hector survives. But, as with the core game, it’s unlikely that anyone will earn it without stealing, blackmailing, and altogether ruining the existence of others. 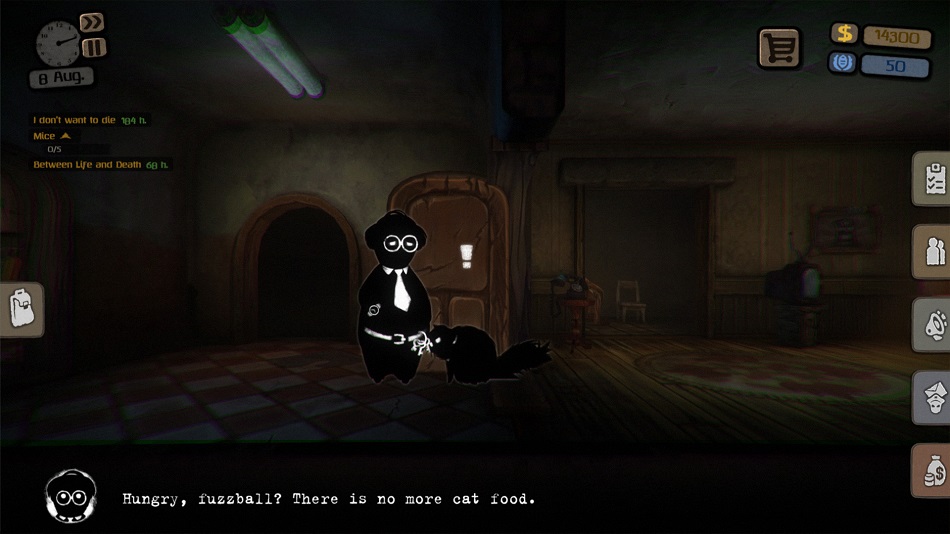 While the shorter time limit does add to the tension, much of it was undone by the simple fact that I already mastered these systems last year. Blissful Sleep’s inability to offer any new surprises, either in the form of obstacles or interesting characters, makes the package feel like little more than an extra difficulty mode.

I also just didn’t feel particularly engaged with Hector as a sympathetic figure. Part of it is the fact that he has no family to care for. “Success” had numerous definitions in Beholder’s main campaign, as it was possible for some of Carl’s relatives to die even if he ultimately escaped. In Blissful Sleep, there’s less urgency because the outcomes are so black-and-white. Either Hector lives or he doesn’t.

There’s also the fact that we spend so little time with him. Blissful Sleep isn’t necessarily a terrible value proposition – it only costs a few bucks – but I’d almost rather have seen a pricier, more in-depth new story.

Finally, the vanilla game’s one major flaw, its hideous English translation, still hasn’t been rectified. I can tolerate a missing apostrophe here or there, but it’s pretty infuriating when I’m fined for incorrectly profiling a male character as female when the game explicitly refers to him as “her.”

Again, Blissful Sleep is inexpensive, and Beholder’s core mechanics are solid enough that I enjoyed having an excuse to return to the game. But despite how rich the concept is, this DLC does frustratingly little to expand on the groundwork. It’s just… more of the same. Rating: 6.5 out of 10

Disclosures: This game is developed by Warm Lamp Games and published by Alawar Entertainment. It is currently available on PC. This copy of the game was obtained via publisher and reviewed on the PC. Approximately three hours of play were devoted to the single-player mode, and the game was completed. There are no multiplayer modes.

Parents: According to the ESRB, this game is rated Teen and contains violence, blood, drug reference, crude humor and use of alcohol. There’s no explicit content in the game, though thematically it deals with a lot of dark material – domestic violence, demands for sexual favors, government-sanctioned murder, and so forth.

Deaf & Hard of Hearing Gamers: For whatever reason, the DLC’s opening cutscene isn’t subtitled, though all of its important information is then relayed through in-game dialog. Otherwise, everything’s written and sound cues play no significant role.

Remappable Controls: Only the game’s camera controls are remappable.