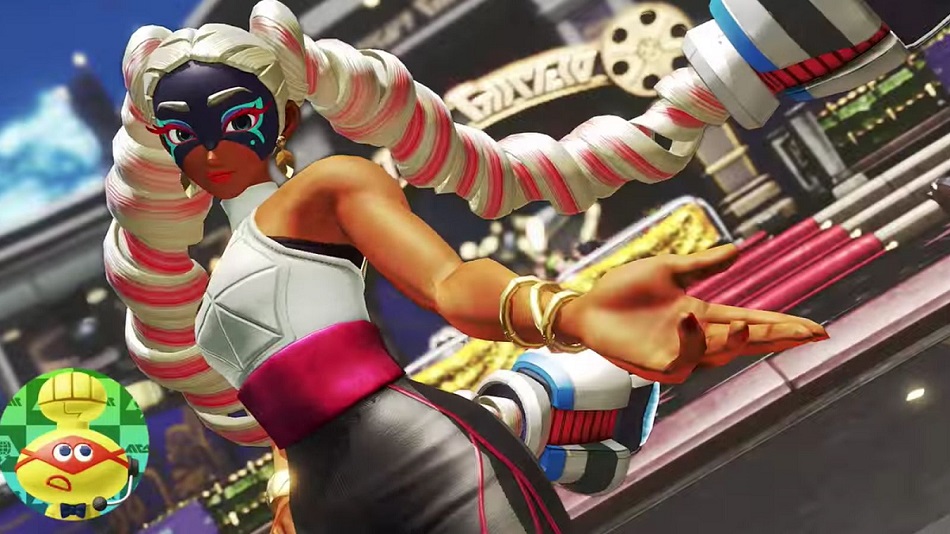 WTF Ranked multiplayer getting walled off behind said solo mode.

One of the many issues inherent to motion controls is that they’re often designed to mimic real-life actions, but they lack physical feedback and the resulting disconnect is jarring and immersion-breaking. Say I swipe a Wii remote like a sword, prompting my in-game character to swing his actual sword. In the game, the weapon stops when it comes in contact with something, but my arm keeps going because I’m just flapping it in the air. It’s awkward, and I think it’s one of the key reasons that this gimmick is disappearing. However, Nintendo has at long last figured out a way to make this work.

Arms, a rare new IP from the company, envisions boxing matches in which competitors have springy, extendable limbs and throw punches at one another over long distances. Players hold one Joy-Con in each hand, flat against the palm. They make punching motions, and then twist the controllers to guide their fists through the air. It’s essentially a combination of boxing and shooting, and since a fist spends most of its time airborne before coming into contact with something, the lack of physical feedback is actually acceptable.

As a motion control skeptic (evidenced by a Kinect that’s been unplugged and collecting dust for years) believe me when I say that Arms feels intuitive and physically engaging in ways that many similar titles have tried and failed to be. My movements mimic my character’s to a degree that makes me feel directly connected to what’s happening on-screen.

Arms is also blissfully simple to understand and play. Players can throw individual punches with either hand, or punch with both at the same time for a grapple attack. They move by tilting the controllers simultaneously in any direction, and block by tilting them towards one another. The shoulder buttons are used for jumping and dodging. And that’s it. No combos, no advanced maneuvers, none of the technical jargon that makes the majority of fighting games incomprehensible to me. Don’t think it’s too simple, though – the characters and arm types are varied enough for players to develop distinctive playstyles, so there’s plenty of tension derived from reading and countering human opponents.

I specify human opponents because the single-player offerings are dismal, largely due to AI that can consistently predict my moves to the millisecond. I can honestly say that Arms supplants Mario Kart for the honor of hosting Nintendo’s cheapest AI to date. On higher difficulties, dumb luck is really the only way to win. If the solo mode didn’t offer infinite continues, it’d be borderline unplayable. 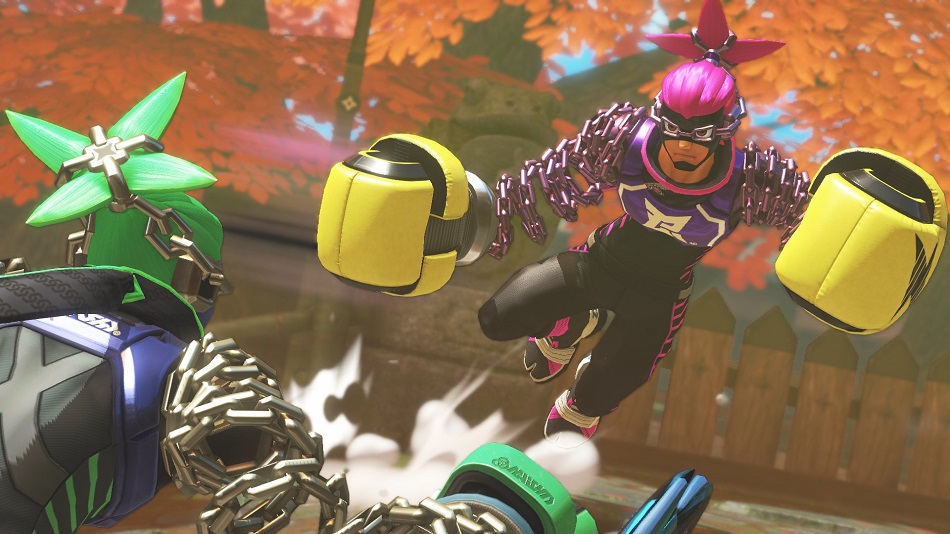 Worse still, players can’t participate in ranked online matches until they complete a Grand Prix (ten standard events plus a surprise final boss) on at least medium difficulty, and getting through those eleven matches is an excruciating ordeal. I assume this wall was created to keep scrubs out of competitive play, but one’s performance against the blatantly cheating bots in Arms is no fair indicator of skill. Put aside an hour or two, power through it once, and never touch it again.

After that, it’s smooth sailing. Players can spend some time in casual play determining which of the ten drastically different characters suits them – I quickly warmed to Ninjara’s warp-dodge, myself – and then move on to unlocking the game’s biggest variable, the arms themselves. They all have unique characteristics including movement patterns, firing speed, weight, damage type, and so forth. There are a few dozen, but a player can only bring three into a match. Finding a set that I was comfortable with and that could also handle a variety of situations took some time.

While the ranked multiplayer strips the game’s combat to its barest elements, Party Mode mixes things up considerably. Bombs and power-ups are dropped into fights at random, players are often tethered to one another and forced to battle cooperatively, and a couple of decent mini-games (volleyball and target shooting) are thrown in. I could perhaps criticize Arms for being a full-priced release that’s a little light on content, but I’ve shown no sign of getting bored with it thus far.

I should mention that Arms can also be played with standard controls, though this completely defeats the point of the game to me. I’ve heard some complaints that playing Arms with an analog stick and buttons is more reliable and therefore gives players an unfair edge in competitive play, but – not to boast here or anything – I’ve been holding my own with motion controls. When I do lose, it’s because the other person simply outplayed me, not because they had an inherently easier time maneuvering about.

I will say, though, that the netcode in Arms could stand to be a bit tighter because when playing online, there were occasions when contact didn’t register properly. The grapple move was the biggest offender, often clipping right through my opponents. It doesn’t happen often enough to ruin the game, but Arms did occasionally make me a bit cross.

When it’s on, though, Arms is a blast, and it feels like no other fighter on the market today. That traditional Nintendo charm is all over this thing too, from the sharp presentation to the terrific character designs and instantly hummable theme song. This first endeavor leaves plenty of room for improvement, but I’d love to see Arms become a mainstay on the Switch. Rating: 7.5 out of 10

Parents: According to the ESRB, this game is rated Everyone 10+ and contains cartoon violence. The fighting is bloodless, non-lethal, and altogether quite exaggerated and silly-looking. Absolutely nothing to worry about.