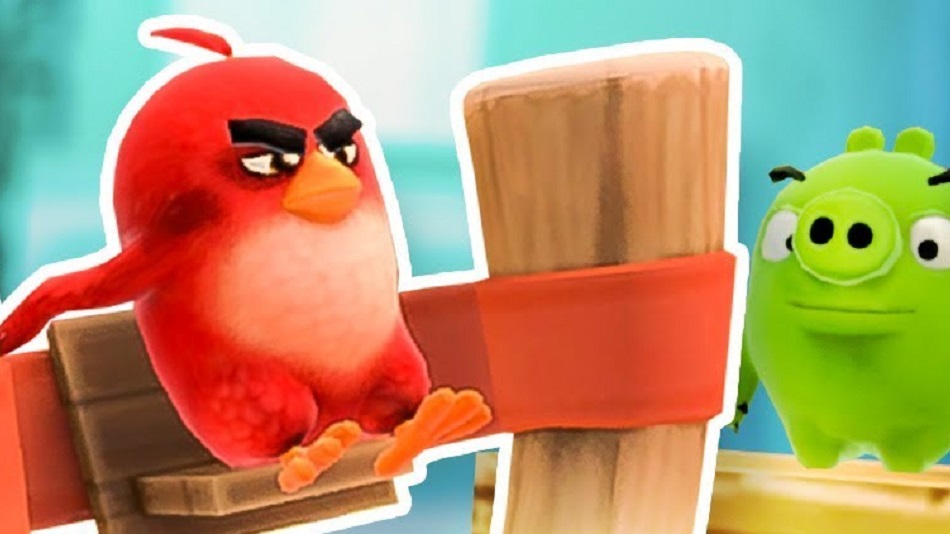 HIGH An actual push forward for the series.

LOW It’s short and easy, even when going for high scores.

WTF Only a few of the birds are usable.

I’m not highbrow enough to admit that I didn’t enjoy Angry Birds back when smartphones were still a relatively new thing. I only lost interest when Rovio expressed a disinterest in developing the series as a physics-based puzzler, focusing more on the characters and brand recognition. I have no emotional attachment to these birds. I have no desire to see them branch out into other genres, nor do I want to watch feature films about them. I just want to fling projectiles at flimsily-assembled castles. Is that so hard?

Thankfully, not only has Rovio recently returned to the series’ roots, but in cooperation with Resolution Games, they’ve moved it to 3D and are experimenting with some new technology. Last year’s Angry Birds FPS used augmented reality to superimpose the pigs’ fortresses over tangible spaces, but those who can’t shell out a couple thousand dollars for a Magic Leap One now have a more accessible option in Angry Birds VR: Isle of Pigs. 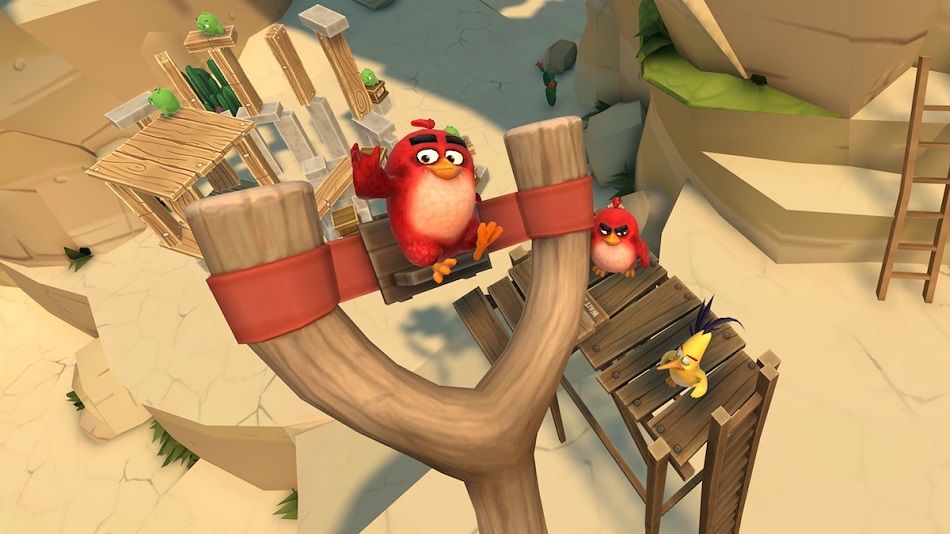 It’s exactly what it sounds like. After putting on the headset, players are transported to the titular isle where they use the motion controllers to operate a handheld slingshot, firing bird projectiles at architecturally unsound buildings full of green pigs. It’s as easy to understand here as it was when we were showing off our new smartphones to our coworkers a decade ago.

The thrill, as always, is seeing the physics system at work. With only three shots per level to cause a catastrophic failure and take out all occupying pigs, players need to exploit structural weakness like poorly-reinforced foundations and fragile building materials. There’s a distinct satisfaction in breaking two glass uprights with a single projectile, and watching one tower collapse onto a neighboring tower. The physics are reliable enough that it’s perfectly possible to clear levels in ways the developers didn’t necessarily intend.

The obvious jump forward here is that this is the first time most people will be playing Angry Birds in 3D. The move from a side-scrolling camera to a fully three-dimensional virtual space opens up new possibilities. Players can often hop between pre-determined vantage points around the target structure, and from there use VR’s motion tracking to further adjust their perspective and trajectory. I once had to lean very far to the left to get a glimpse of an explosive crate that I’m pretty sure I wasn’t supposed to be able to hit from that spot, but I’m gonna use the tools given to me and feel clever for it. 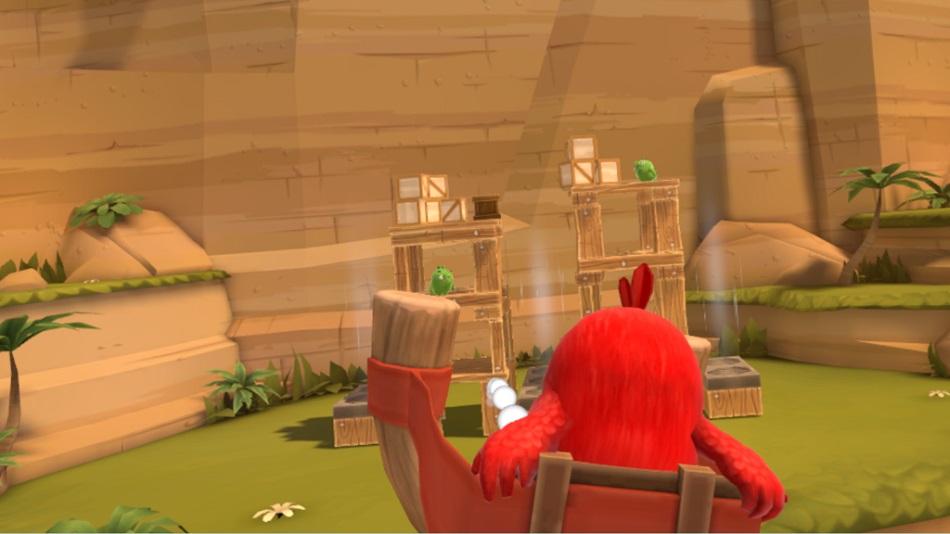 Having a new way to enjoy the series’ signature gameplay loop is more than enough to make Angry Birds VR worthwhile, and it makes up for this being an otherwise relatively bare-bones package. Only four of the birds (red, yellow, blue, and black) make an appearance, and while 52 levels sounds like a lot, it took me only a few hours to clear all of them with full three-star ratings. There are very few twists in the actual design, as well – late-game additions like fans and balloons tease curious new concepts but don’t stick around for long.

Angry Birds VR launches with the promise of more content to come, so my complaint about it feeling like a brief, tantalizing experiment may be short-lived. It gives me hope for the future of VR to see such a massive brand dip its feet into this format, and it’s a joy to finally appreciate Angry Birds as a damn game once again. This is a great pairing, and I’m eager to see more of it. Rating: 7.5 out of 10

Disclosures: This game is developed and published by Resolution Games. It is currently available on PC. This copy of the game was obtained via publisher and reviewed on the PC using a Vive. Approximately three hours of play were devoted to the single-player mode, and the game was completed. There are no multiplayer modes.

Parents: According to the ESRB, this game is rated Everyone and has no descriptors. As with other games in the series, there’s nothing remotely offensive here.

Deaf & Hard of Hearing Gamers: There is no dialogue, and sound plays no significant role. It’s fully accessible. 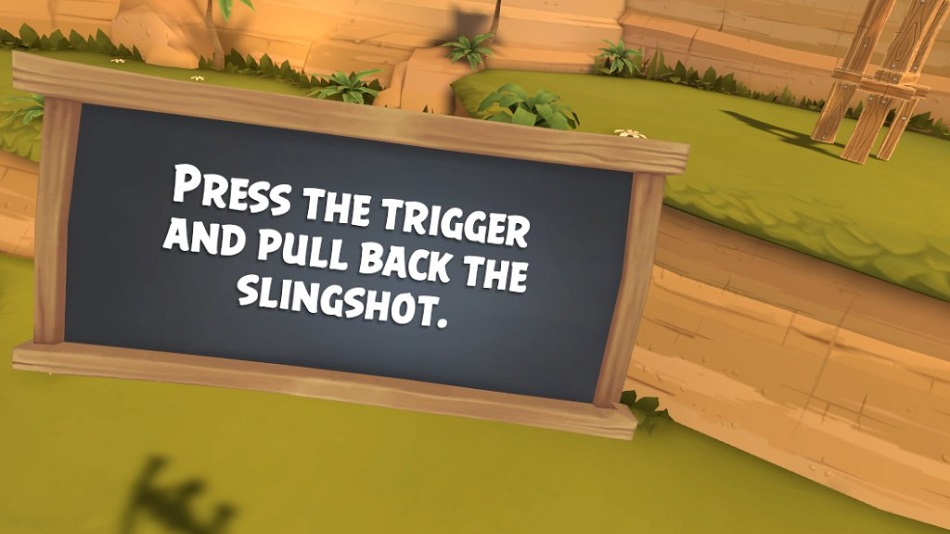 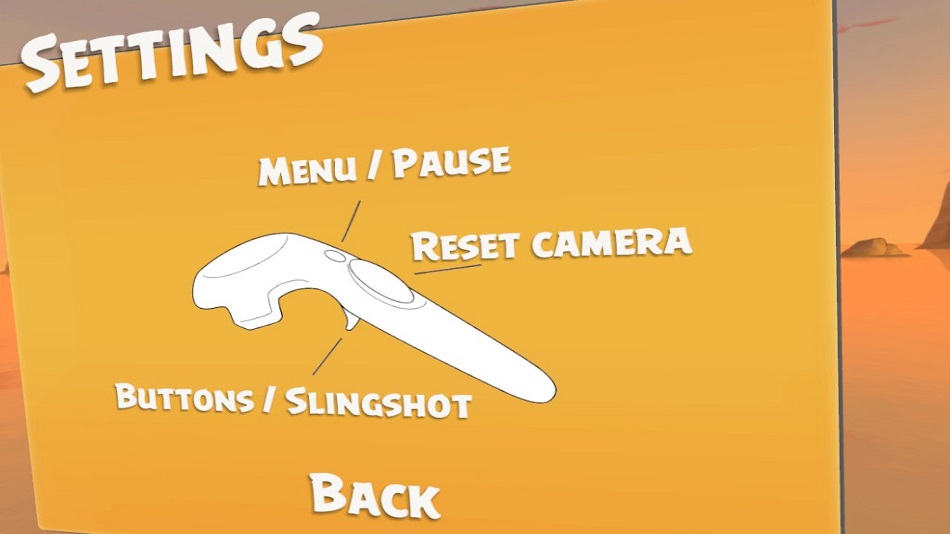 Good job on your review! Yeah, I find it kinda short. I also don’t see a lot of replay value to it. Plus, Angry Birds VR: Isle Of Pigs seems to be more of a kid’s game. But it’s Angry Bird so there’s always fun in it.