The Title Is Ironic 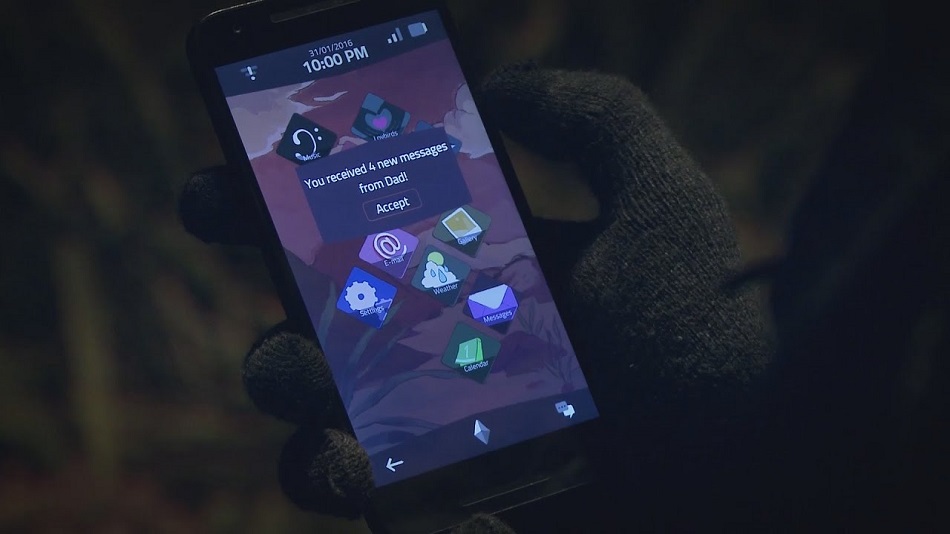 HIGH The manner in which players trigger the end credits.

LOW Some questionable handling of its subject matter.

WTF Sebastian. Jesus, what’s the deal with that guy?

A Normal Lost Phone is a fascinating experiment in more ways than one.

This first part of my review is spoiler free, so read my general thoughts without fear of ruining the experience. For those who want specifics about my critiques, spoiler material is past the bold warning below.

So, the game has the interface of a mobile operating system and the concept is that we, the player character, have just stumbled upon a misplaced phone and must root through its contents to discover whom it belonged to. That’s a unique idea in and of itself, but that novelty eventually takes a backseat to some rather weighty subject matter that unexpectedly pops up in the latter half.

I’m of the opinion that A Normal Lost Phone somewhat mishandles this material, and I can’t say more without disclosing the plot’s reveals – indeed, the very presence of such a topic isn’t made clear until late in the story. So, I’m going to discuss the basics first before delving into the issues I have with its narrative.

After finding a phone belonging to someone named Sam, the player decides to learn more by digging through the phone’s data and scrutinizing private conversations rather than texting one of the contacts and attempting to return the device. (The implications get considerably creepier than that, but I’ll save the details for the spoiler segment.)

At first, only texts are available. Reading through them, we learn of some general events in Sam’s life. From the beginning of December to the end of January, Sam got a new phone, joined a book club, and broke up with a girlfriend. We find the phone on January 31, Sam’s eighteenth birthday. Everyone is sending texts, wondering Sam is. Players “progress” by figuring out the passwords for various apps on the phone, gradually expanding access to Sam’s private life.

What I admire about A Normal Lost Phone is the recognition that no one in this day and age communicates solely through one medium, and thus Sam’s texts, emails, forum posts, and so forth each provide only a small piece of a larger puzzle. The way the developers dole out information lends A Normal Lost Phone an unmistakable three-act structure even when we’re given a rough outline of the events right from the outset. It’s an impressive feat.

I imagine that playing the game on an actual phone is the most authentic experience (and it’s available on iOS), but Switch users playing in handheld mode have the option of turning the system sideways and navigating the interface much like an actual mobile device. It’s a unique spin on the visual novel genre and a largely successful experiment in nonlinear narrative structure.

For only a few bucks, it’s worth a look.

For those who don’t want to be spoiled, stop reading now. 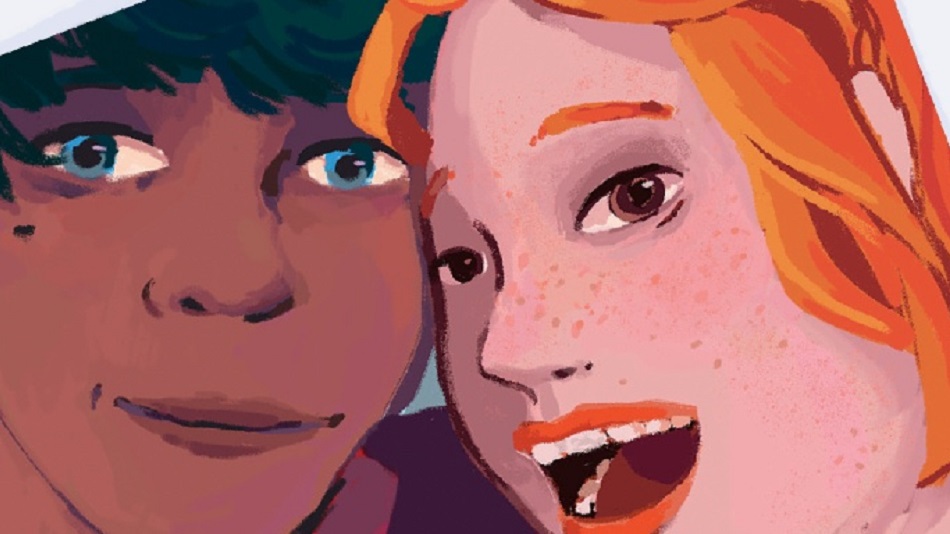 For those who want to get into the heavy stuff, SPOILERS BELOW.

So, upon successfully logging into the phone’s online dating app and perusing the conversations within, we learn the source of Sam’s woes – that Sam is actually a trans woman named Samira struggling with her identity in a hostile environment. She can’t come out to her very conservative family, as one of her cousins was effectively excommunicated for being gay. When her girlfriend makes unexpected sexual advances, Samira is forced to end the relationship because she’s not yet comfortable with her body.

I have no doubt that the developers were well-intentioned here, and the game’s outlook is ultimately positive – the reason we’ve stumbled upon Samira’s phone is because she’s decided to ditch her old life and move to a place where she’s accepted for who she is. Yet I can’t help but feel that building up the reveal as some sort of shocking twist and disguising the narrative as a mystery thriller sensationalizes something that, in an ideal world, shouldn’t be that big a deal.

Worse still is the underlying invasiveness of peering into Samira’s world and, in a couple of brief (but major) ways, shaping her life. For example, while players can’t actually write new texts or emails, at one point they’re tasked with sending a draft that Samira was clearly still working on.

In a considerably more intrusive instance, players must obtain a vital clue for a password by sending someone a private photo of Samira wearing a wig at a Pride gathering. That breach of privacy feels incredibly icky to me, and somewhat undercuts the lovely note that the game ends on – in a clever twist, players trigger the credits by erasing all data on the phone to ensure that no trace of Samira’s old life is left to be found.

As a straight cis man, I acknowledge that I’m not the authoritative voice on any of this. However, while I’m mixed on how well A Normal Lost Phone conveys its intended message, the game’s design is too interesting to dismiss, and it’s so short and cheap that anyone who’s curious can (and should) come to their own conclusions. Rating: 7 out of 10

Disclosures: This game is developed by Accidental Queens and Seaven Studios and published by Playdius Entertainment. It is currently available on PC, iOS, Android, and Switch. This copy of the game was obtained via publisher and reviewed on the Switch. Approximately two hours of play were devoted to the single-player mode, and the game was completed. There are no multiplayer modes.

Parents: According to the ESRB, this game is rated Mature and contains Strong Language and Suggestive Themes. There are some F-bombs scattered about and a few brief mentions of sex. Nothing graphic or explicit.