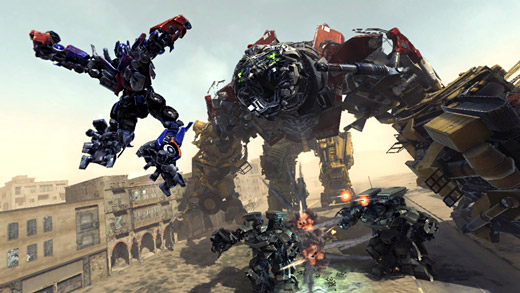 The Times today is reporting that Activision CEO Bobby Kotick has suggested that his company, the largest independent gaming company in the world, might cut support for Sony if the PlayStation 3 doesn't become more profitable. Among the juicy quotes:

"I'm getting concerned about Sony; the PlayStation 3 is losing a bit of momentum and they don't make it easy for me to support the platform," Kotick explained. "It's expensive to develop for the console, and the Wii and the Xbox are just selling better."

And this little gem…

"They have to cut the price, because if they don't, the attach rates are likely to slow. If we are being realistic, we might have to stop supporting Sony."

The latter quote comes right on the heels of Sony firmly denying at this year's E3 that there will be any price cut for the PS3 anytime soon. Sony is still convinced that their box is a great value. And while it may indeed offer a lot of features for the price, gamers simply aren't biting.

In my view, though, it is probably too late for the PS3. From the start, the system seemed unnecessarily bloated—an expensive Blu-Ray player built in, and a bloated, expensive, unnecessarily complex proprietary processor that few games, if any, can take much advantage of. The initial price tag of $600 was laughably outrageous, and it's current price tag isn't much better. While the Wii offers a completely different kind of experience, Microsoft has been targeting much of the audience as Sony, and seems to be doing a much better job of it with a smart implementation of Xbox Live that has grown to encompass a broad array of features, and a relatively simple DirectX-based development platform.

I have a hard time seeing the PS3 coming down in price anytime soon, and, if true, will cost Sony a competitive install base. A smaller install base could, as today's news indicates, drive away publishers and neuter the growth of the platform's games library. I'd like to see Sony get on their feet with the PS3—competition is vital for consumers—but my suspicion is that things might not turn around for them until they start focusing on their next-gen platform.

as i said dale, why would they drop the price now

sony could easily PUSH those people on the fence if they drop the ps3 when hot ps3 exclusives are out, thats holyday time

i think Michael Pachter pointed it out

now if sony dont drop the price in holydays…

[quote=same Anonymous]a ps3 price drop now? why? besides infamous there isnt really any significant ps3 title being released right now a price drop now wouldnt have any substancial effect on third party sales, if activision thinks guitar hero smash hit sales will boost that way theyr stupid beyond description this threat would be justificable only if sony were stupid enough to NOT drop the price these holidays[/quote]Well, like I said, everyone’s been asking for a price drop since last year and all Sony really did up to this point was release new SKUs at basically the same price. There are… Read more »

[quote=Dale Weir][quote=Anonymous]now think about this, a third party publisher trying to manipulate a console manufacturer, in my opinion activision is tryin to be a dominatrix[/quote] I don’t know about the dominatrix stuff, but the statement from Activision-Blizzard’s Bobby Kotick is about power. His company is pretty much where Electronic Arts was during the last console generation. It is the most powerful player outside of the three console manufacturers so it gets to do all of the talking for the third-parties (unofficially). And since third-parties want a price drop, the biggest player is the one that talks about it without fear… Read more »

Maybe there just isn’t a whole lot more Sony can do. It’s probably similar to the Nintendo 64 problem. Remember when everyone was admiring the PSOne and were asking Nintendo when it was going to release a smaller N64? Nintendo just told everyone “it ain’t gonna happen” because the N64 tech was “unshrinkable”. Ditto for Microsoft and the original Xbox. I remember reading somewhere that the biggest thing in the PS3 right now, physically and fiscally, is the Blu-Ray drive. Sony can’t shrink that drive–it’s probably possible, but would be too expensive a process. If it did slimline it or… Read more »

Where is the hardware revision from Sony? If they changed the hardware, they could sell the PS3 for cheaper. You would think that Sony engineers would have been on this the second the first PS3’s hit the market.

[quote=Anonymous]now think about this, a third party publisher trying to manipulate a console manufacturer, in my opinion activision is tryin to be a dominatrix[/quote] I don’t know about the dominatrix stuff, but the statement from Activision-Blizzard’s Bobby Kotick is about power. His company is pretty much where Electronic Arts was during the last console generation. It is the most powerful player outside of the three console manufacturers so it gets to do all of the talking for the third-parties (unofficially). And since third-parties want a price drop, the biggest player is the one that talks about it without fear of… Read more »

in my opinion this is more like a power move rather than a business decision think about it, all activision titles have decent sales on the ps3, the ps3 is profitable for em, of course the xbox360 sells more but is that a reason to not support the ps3? i mean if you own 2 stores and one of em is giving you less profit than the other, will you close it? that doesnt make sense whats more last generation activision made titles for the xbox altough the number of xbox consoles sold was insignificant compared to the ps2 now… Read more »

Sony has bungled just about every aspect of distribution for the PS3, and developers getting anxious isn’t all that surprising. Also, the fact that the only currently produced versions (that I’m aware of) won’t play PS2 games is ridiculous.