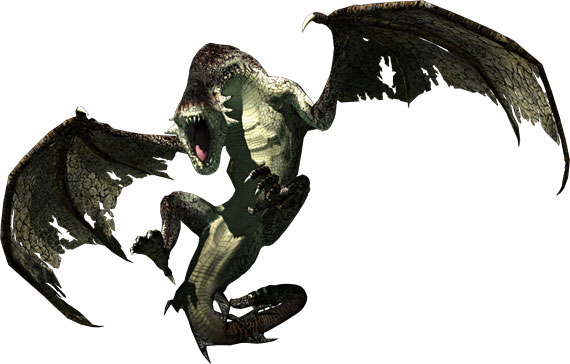 As I played through Dark Messiah Might and Magic, I felt a little pity for the team at Arkane Studios. They clearly put some real passion into the game development. The game does a terrific job of bringing medieval-style fantasy combat to life in a very immersive, playable way; it features some phenomenal atmosphere delivered through gorgeous graphics and excellent sound effects, has some fantastic physics cleverly integrated into the gameplay, has a lot of variety, and even spins a decent yarn in the process. There's only one problem: the game was released before it was finished.

Dark Messiah is just one of a number of recent games that are part of a disturbing trend in the PC games industry—a trend that is also making its way into the console world now that next-generation consoles are commonly connected to the Internet. I'm talking of course about publishers rushing games to the shelf without allowing the developers enough time to address significant bugs. It's unfortunate, because what we've been seeing lately are not the occasional harmless glitches that nearly all games have, but rather prominent technical blunders that significantly interfere with the game experience.

Having said that, Dark Messiah Might and Magic, once it's been fixed with the 1.1 patch, is a real joy to play. Its story is rather typical fantasy melodrama surrounding distant lands, powerful wizards, magical beasts, and the obligatory allotment of maidens fair. Of course, people don't play Might and Magic games to hear monologues on, say, nuclear war and individuality. Players take on the role of Sareth, a tenderfoot young lad who unwittingly gets caught up in a race with a demonic miscreant to find an obscure magical artifact that, of course, holds the fate of the world in its balance (they should really quit making those things). 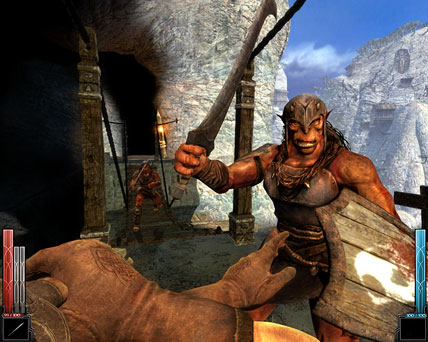 The game is billed as an "action RPG", but it's really more of the former. It integrates role-playing elements in a fashion reminiscent of Deux Ex: Invisible War, in which "points" earned during gameplay can be alloted to an assortment of progressive skills, delineated under the umbrellas of Combat, Magic, and Miscellaneous Skills. The latter category encompasses an assortment of stealth skills that allow players to approach the game ninja-style with ever-increasing efficiency. Like the stealth skills, the Combat and Magic skills can be upgraded in an assortment of ways. And while it's possible to create a pretty well-balanced character, it's wise not to mix and match too much. As the saying goes, jack of all trades and master of none.

It's tricky to call Dark Messiah Might and Magic a true role-playing game though, simply because there isn't any kind of class system or character customization prior to stepping into the fray. You're a dude named Sareth, and that's the way it's gonna be. Keep in mind that this isn't necessarily a bad thing; the game is what it is. Like Deus Ex, it's a hybrid of a few different popular genres.

The gameplay works well due to the excellent integration of physics and collision in the swordplay, coupled with a healthy variety of well-done spells and stealth gameplay as nuanced as any Thief title. Players of Elder Scrolls IV: Oblivion are no doubt familiar with the realistic sense of balance and force that Bethesda was able to integrate into the combat in their role-playing masterpiece. Dark Messiah provides a similar visceral thrill as characters stagger under the might of strong blows, drag themselves sluggishly when they are injured, and knock Sareth about with the armor-shaking "clang!" of their swords against his shield. The environment frequently comes into play, as Sareth can use his almighty boot of doom Duke Nukem style to shove his enemies from ledges or thrust them into spikes, fires, and other environmental hazards that at times seem a little too conveniently placed.

Dark Messiah's problems pop in more subtle ways; an amalgam of minor nuisances and inconsistencies add up to hold the game back from real greatness. For one, it's still buggy. Most of the bugs are confined to odd graphical glitches, like objects flashing annoyingly when Sareth is preparing to use his "Flame Arrow" power. His hand hangs in the center of the screen—the proverbial BFG of yore—and flickers like a torch, enveloped in flames. The only problem is that sometimes, nearby objects flicker too, in an obnoxious strobe-light kind of way that makes it seem like Sareth just wandered into a Necromancer disco. Some other odd clipping and collision problems rear their head occasionally, and while it's nothing game-shattering, it's really disappointing that Ubisoft —a publisher I generally associate with very polished games—let such obvious annoyances slip through, even after the first patch. 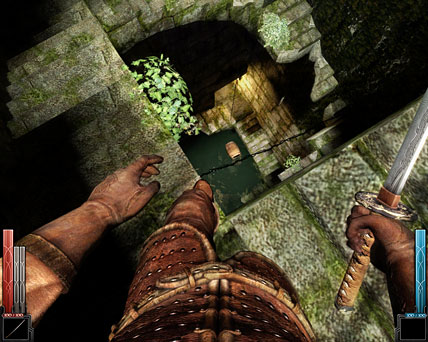 But its technical issues aside, Dark Messiah teeters between brilliant and cliché. While the combat is full of creativity and leaves players plenty of headroom for crafting their own strategies, the boss battles degenerate into the most tired "find the secret way to kill the insanely tough boss" routine. One key battle, for example, involves a giant spider. Had I not read it in a game guide online, I never would have known that the only way to hurt the spider is to shoot its abdomen. Attacks looked the same regardless of where I hit it, and even after I knew I was supposed to hit its abdomen, I had a tough time figuring out if I was actually doing any damage with my ingenious "pound the left mouse button as fast as possible" strategy. I don't see why standard spells, such as the ability to freeze your opponent, shouldn't work on bosses such as this; or, for the sword-wielding warrior, why a powerful blow couldn't sever one of the spider's legs. It's disappointing that for as much as the team at Arkane Studios thought outside the box, they fell back on tired contrivances in some of the game's key moments.

Otherwise, I enjoyed the game a great deal. The story has some branching arches that, while nothing that would have made Tolkien take notes, meld with the variety of gameplay approaches to create a respectable replay value. The levels have an openness to them uncommon to such linear games, and are graced with some optional objectives that are of varying significance to the storyline. And while this openness does lend itself to the occasional bout of disorientation due to at times questionable level layouts, it ultimately provides more enjoyment than the standard on-rails linearity that frequently plagues games of similar ilk.

It's too bad Dark Messiah Might and Magic took such beating when it was released; it's a flawed but ambitious game, both fantastically atmospheric and refreshingly original. Hopefully, this trend of premature birth will ultimately reverse itself. It's difficult to fairly evaluate a game when technical issues prevent it from being fully playable. Games can be testing enough to one's patience in their finished form; we don't need lackey publishers to help. But with most of the major technical bugs resolved, I can confidently say that Dark Messiah is exactly the kind of game we need to see more of. While it doesn't pull off everything perfectly, it injects enough originality into a familiar framework to make it one of the more enjoyable releases since the release of its more auspicious Source engine cousin.Rating: 7 out 10

Odd that I get reply alerts but theres no posts here 0-o Anyway suffice to say DM was not finished because the gameplay was so deep and they just didn’t have time for it(I only half believe that) BS is just unfinished, they had a deadline and stuck to it no matter how bad the project was and this is happening more and more in gaming. Patching is not something that they work at to finish the product I see no change in how patching is used to fix core issues with a game 9 times out of 10 they… Read more »

(note,someone replied but their message is not here?) After playing bioshock I realize just how much work went into this game bioshock is a piss poor shooter promised as intracut FPS RPG but released as a watered down detail lacking shot fest,I got the normal release of bioshock PC for 34 and you know what I had more fun with DM at 18$ than bioshock, maybe its because BS on the PC is broken maybe because BS is unfinished as anythign other than a “gun and run adventure” its gotten me so disgruntled I don’t have the heart to install… Read more »

A above average game but a casualty of the neo hollywood known as the modern game industry. Flaws aside its a solid game if you can get it running,patch 1.2 only increases stability by 60% it still can crash forcing reboots and other PC game annoyances so far tho its been well worth the 18$ I invested into it (LE unopened,ebay is your friend!) I normally do not touch new games without researching it to death but it was a few months since I last read up on it so I thought it can’t be worse than a bargain bin… Read more »