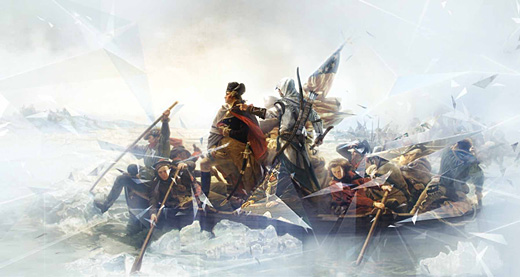 We may all spend a lot of time arguing about whether or not video games are art, but it's hard to deny that a lot of artistic talent is involved in their conception. As such, British publisher Titan Books has decided to celebrate the gorgeous artwork that provides the basis for our favorite digital adventures in two new books: The Art of Assassin's Creed III

and Awakening: The Art of Halo 4. If you've got a finicky game-lover on your holiday shopping list, both of these books could make fantastic presents.

Assassin's Creed has always been known for its gameplay—which puts players in the shoes of various assassins from throughout history as they wage a secret war against the Templars. That centuries-spanning tale has provided the artists at Ubisoft an opportunity to not only create hundreds of characters (both real and fictional), but to also recreate entire historical cities. From the original game's Middle East locale, to Renaissance era Italy, to Constantinople, each title has allowed the visual stylists at Ubisoft an opportunity to bring to life places we could never see.

The latest installment makes the jump from the distant past to more modern times by taking place during the Revolutionary War. Andy McVittie's book takes us behind the scenes of the game's design to show us how artists, led by Art Director The Chinh Ngo, not only came up with the design for new hero Connor Kenway, but how they envisioned some of America's biggest cities in a time when the country was all but an infant.

Broken down into sections, The Art of Assassin's Creed III walks readers through the entire creative process. McVittie provides text and interviews to illuminate the ideas behind the stunning imagery, creating a book that's as compelling to read as it is to look at.

Meanwhile, the art is exceptionally beautiful, thanks to Titan's high standards. This hardcover 140-page book is presented on high quality glossy paper that allows the images to really pop off the page. The binding is tight and durable and the book comes with a removable dust jacket featuring a tableau sure to appeal to Assassin's Creed III fans.

With a $30 price tag, The Art of Assassin's Creed III might not be an impulse purchase, but if you love art and these games, it's money well spent. 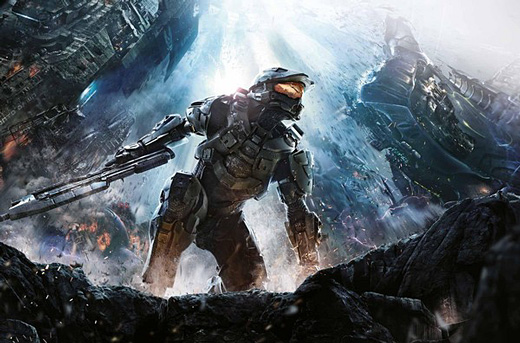 All of the same praise applies to Paul Davies' Awakening: The Art of Halo 4

Davies' takes us inside the world created by developer 343 Industries as they try to carry on the Halo legacy started by Bungie over a decade ago. If you've had an opportunity to play through Halo 4, you know that 343 was largely successful in their mission. If you haven't, a quick perusal of the assembled artwork here should be all you need in order to know that the franchise is in good hands (while I do have some quibbles with Halo 4 as a game, the art design is largely above reproach).

The set up of Awakening is a bit different than it is in the Assassin's Creed book. Awakening feels a little more compartmentalized, opening with landscapes, then moving on to character models for the Chief and Cortana, before delving into the vehicles, other races, and various faction weapons. Unlike the Assassin's Creed book, which spends a ton of time showcasing concept art for the various cities featured in the game, Awakening spends the bulk of its just under 200 pages focused on the more familiar Halo elements—mainly the characters, vehicles, and weapons. This is not a case of one approach being better than the other; each works perfectly for the game being showcased.

Awakening is another lavishly put together book—featuring over-sized glossy pages, lush artwork, a solid hardcover binding, and a lovely dust jacket. The most striking thing about Titan's work with both of these offerings is how much love and care has gone into the design, layout, and execution. I've owned my fair share of gaming-related art books—they often come as pre-order bonus for big games. Those books look cheap and unimpressive next to what Titan has done here. You wouldn't be ashamed to have these books on your shelf, or holding a place of honor on your coffee table.

Is there a market for moderately pricey (the Halo book retails for $34.95) books of video game concept art? I certainly hope there is—because Titan has knocked the ball out of the park with these offerings.