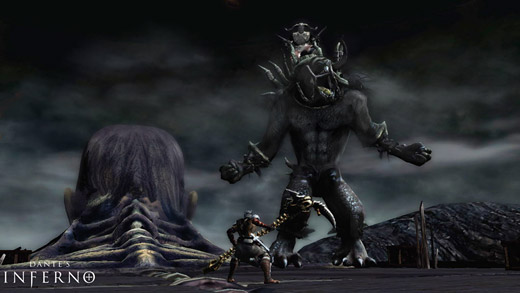 Electronic Arts' Dante's Inferno started a Hollywood bidding war before it was even announced. Now, it's not only being adapted as a live-action film for the big screen, it's getting an animated feature as well. That's pretty impressive for a brand new IP…

Variety is reporting that EA will once again team up with Starz Entertainment (the tandem was responsible for the animated Dead Space spinoff Dead Space: Downfall).

According to the article:

"The animated feature will be a great companion piece to the game," said Jonathan Knight, executive producer and creative director for Dante's Inferno. "The feature will explore aspects of the poem that the game does not, and will provide more insight into the characters and the unique story adaptation that the game has established."

No word on a release date, but the game isn't expected until next year. When it does hit retailers, it will be distributed through Starz's Anchor Bay imprint.