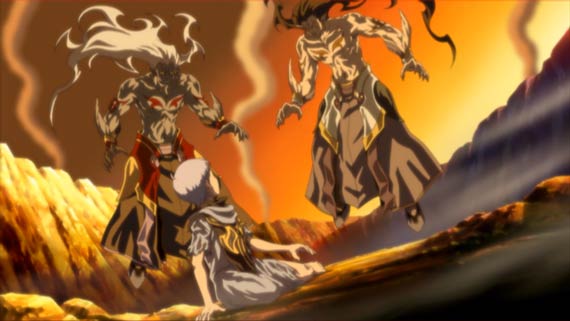 Much has been written over the years about role-playing games (RPGs) and strategy RPGs and their slavish devotion to tradition—so I'm gonna keep this short. While RPGs have made some minor steps forward over the past decade or so (very minor when compared to almost every other genre of game out there), this is a field where innovation is the exception as opposed to the norm. For proof of this theory in action, one need look no further than Spectral Force 3—the newest turn-based strategy role-playing game (SRPG) for the Xbox 360. Despite being a game that appears on a gaming console that can put out some amazing graphics and support gameplay that couldn't be done on older hardware, Spectral Force 3 looks like a game that could have been developed for the PlayStation 2 and features play mechanics that were  "fresh and new" back in the days of the Sega Genesis. This mediocrity serves to make it only more ironic that the title was developed by Idea Factory—because this is a game that is woefully lacking when it comes to anything resembling an actual idea.

This isn't to say that Spectral Force 3 is a broken game or a complete waste of time. Instead, it would be far more accurate to simply call it tragically devoid of character. It's a lot like when you bump into a dude at a party, talk to him for a few minutes, then a minute after moving on, you can't even remember the guy's name. The game isn't original enough to wow you with anything it does, nor is it awful enough to make it worth remembering as one of those games that sucks so bad you can't wait to tell other people about it. No, Spectral Force 3 is simply a middle of the road SRPG, content to rehash the subgenre's numerous clichés because Atlus and Idea Factory understand that there are gamers out there who will buy any niche RPG that comes down the pipe (which describes me with a frightening degree of accuracy). We RPG fans just aren't all that discerning apparently. We'll gladly shell out $60 for a new game that's exactly the same as the last fifty we've played…

Spectral Force 3 has players take control of Begina, the young leader of a group of mercenaries. The world is at war, and since Begina has no allegiances, he can pick and choose jobs from any and all of the kingdoms around him. Doing these odd jobs will make up the bulk of the 45 or so hours players will spend in the game's world. Jobs are broken down into two groups—inconsequential jobs are filed under the "find work" menu option, while more important events are placed in the "mission" tab. Finding work is essentially just a bunch of missions for leveling up characters so that they have a better shot at success when attempting the actual missions. You may find yourself wondering why I haven't told you about the game's story…and the simple reason is because the game doesn't really have one. Sure, there's a bit about the world being at war (you can work for all the various kingdoms then take jobs wiping them out) and a strange kid running around with monsters, but when it comes to narrative depth, Spectral Force 3 makes The Adventures of Dick and Jane look like War and Peace. So, with no real story to speak of, players spend most of their time with the game just running around fighting a bunch of pointless battles in order to level grind. 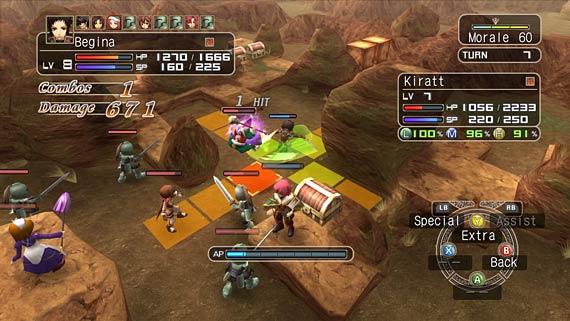 The closest thing the game has to an actual original idea is the concept of recruiting new characters. This isn't a particularly new gameplay element, but the addition of a Suikoden-esque "gather a giant cast of characters" element did serve to break up some of the tedium created by the endless series of missions. Unfortunately, like Suikoden, the cost of gathering all these unique characters (there are 40 in Spectral Force 3) is that players wind up with a roster of six people they use regularly and 30+ others that never get in on the action. Compounding this problem is that the title forces you to use Begina and Diaz in every battle, meaning you can only customize four other members in the party. It gets even better, though, when the game forces you to use six specific characters in some fights. If you haven't been leveling any of those characters up, you're essentially forced to take on a horde of enemies with Begina and Diaz while four other characters stand around doing nothing. Since characters only receive experience for delivering the killing blow (or in Diaz's case, for casting healing or support magic) there's no quick way to catch a radically under leveled character up with the rest of the group. You could, in theory, equip underleveled party members with a healing technique and stand around casting it over and over, but games are supposed to be fun, and I can't think of anything less fun than being forced into doing that.

If you can get past that, the rest of Spectral Force 3's combat is decent if almost entirely uninspired. Combat is turn-based with the player taking a turn then the enemies (in rare occasions the combat turns mix together, but this was the exception and not the norm). Players have a movement gauge (if there's one thing this game loves, its gauges—more on that in a minute) that governs moving and attacking. It costs one bar of the seven to move (regardless of how many spaces are actually moved) then attacks vary based on their intensity. Hard hits use three blocks, medium two, and light one. When the gauge is empty, it's on to the next character.

The game has other gauges that work into the mix as well. There's a friendship gauge that allows a character to take his turn, then have a nearby partner assist with an extra attack. Build that up enough and a character can take an extra turn with the "teamwork" option. The game also has a rage meter that builds from taking damage and doling it out. Keep building the meters and eventually the Battle Formation option becomes available. There are four levels to Battle Formation, each one dealing more hits and damage. Basically, this is the game's super attack—everyone joins in and pummels one enemy. If this explanation hasn't made the point already, allow me to say that the game is needlessly complicated. There's a ton of gauges and formations and assisting and teamwork going on and the game does a genuinely awful job of explaining it. It's been a long time since I had to read an instruction manual, but even that wasn't particularly helpful. 45 hours in and I was still trying to figure some of the mechanics out.

Adding to the misery is the control scheme. It's pretty hard to screw up the controls in a turn-based game, but Spectral Force 3 manages to do it. The game uses way too many buttons and they constantly change depending on the situation. Trying to navigate through a simple battle can become a real chore as I often found myself pushing the wrong button and closing off certain attack options. Part of this problem is my own fault (I'm not a person who takes their time in these types of games), but the other portion is definitely a game design flaw. 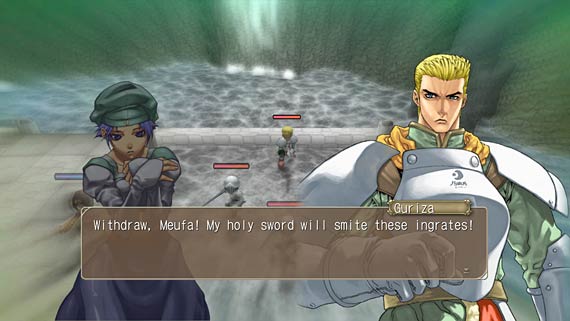 As mentioned earlier, Spectral Force 3 looks like a PS2 game graphically. It's a fully 3D game and optimized for HD, but that's like putting lipstick on a pig (and no, that wasn't a dig at Sarah Palin…). There are two animated cut-scenes that aren't awful, and the character portraits are decent (although isn't it time we moved away from text and static character portraits in these games?) Overall, this is not a pretty game, but it won't make your eyes bleed, either. The title does have a frightening propensity for recycling battle maps (get used to seeing the same few over and over and over). Like everything else, though, the visuals are mostly forgettable.

The music doesn't fare nearly as well. Spectral Force 3 features a bland set of tunes to accompany every battle. There's one track, in particular, that reminded me of the theme song from Beverly Hills, 90210 every time I heard it. I've nothing against that show's theme song, but I'd rather not hear it in my strategy RPG.  The voice acting is acceptable, save for cutesy voiced girl who plays Culcha—that's an annoying voice made all the more insufferable by writing that has her saying "gobli" at least once per sentence.

About the only truly positive thing I can say about Spectral Force 3 is that it features some easy achievement points if you're into that sort of thing. Recruiting all the characters nets you 25 gamer points for each one. Add in a few other easily reached ones (a 100 hit combo, etc.) and players can nab around 900 points in their playthrough (there are like two characters that can only be obtained in the "New Game +" mode, so those last few points are more trouble than they're worth).

Speaking of New Game +, the game can be restarted after completing it with character levels intact (characters who were recruited will have to be recruited again), but I'm at a loss as to why anyone would actually want to play through again. Aside from those few gamer points, there's no impetus for a second play—no alternate endings, nothing.

In the end, Spectral Force 3 is more disappointing than bad. As gaming continues to evolve, it's a real letdown to continue to play RPGs and SRPGs that look and play the same as they did back in the early ‘90s. Spectral Force 3 isn't the only title in the genre guilty of this gaming sin, but it is the latest. Rating: 4.5 out of 10