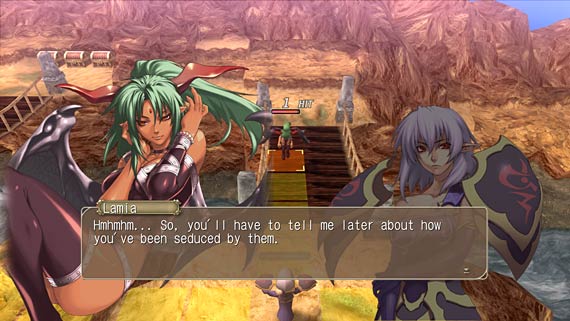 Parents might find themselves worrying about the T rating for this game, but to be honest, Spectral Force 3 is pretty innocuous. A few of the characters do drink from time to time, but everything else described in the rating sounds much worse than it really is. You're more likely to make your child stop playing because the game is frustrating him than because of any of the content.

Strategy RPG fans generally don't seem to mind that most of the games in the subgenre are all but interchangeable, and Spectral Force 3 is no exception. It isn't a game that breaks new ground in either gameplay or story, but those looking for an average turn-based strategy experience will be able to kill 45 hours or so with it.

Deaf and Hard of Hearing gamers will miss out on the voice acting, but will still be able to follow all of the dialogue because of subtitling. The majority of the game is text-based, anyway, which seems incredibly lame in 2008 and for a game on the Xbox 360.