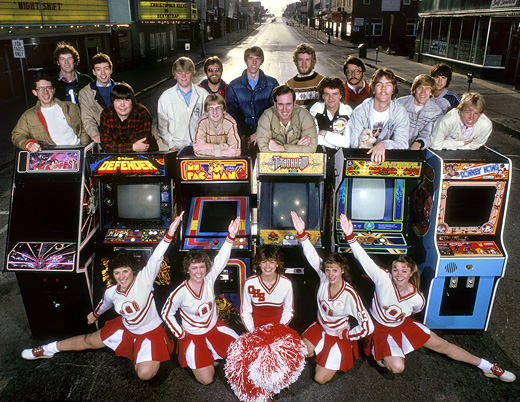 If you were a kid in the early '80s, then you undoubtedly have fond memories of the local arcade. For roughly three years, the corner arcade was one of the coolest places to be—a magical land filled with bleeps, flashing lights, and the constant clinking of quarters. It was the land where nerds were kings—and we proved our superiority by getting our initials in a game's high score list.

Yet, while we might have been the big fish at the local arcade, it wasn't until Walter Day started collecting high scores from around the country that many of us realized that we were pretty average players in the grand scheme of things. Day's curating of the Twin Galaxies official high score list was akin to the Guinness Book of World Records for young gamers—a list filled with scores so high that they seemed unfathomable. And what was next to each of those astronomical numbers? The name of a gamer who was practically a geek god.

takes us back to a time when the country was gripped in the throes of a serious case of Pac-Man Fever and chronicles not only Day, but the pimply-faced teenagers who were the kings of the arcade. It is at once a fascinating look into a relatively new medium's (videogaming is only set to turn 40 this year) past and an examination of how these men's lives were influenced by their passions.

With such a large and quirky group of guys (there's nary a female in sight outside of a few "arcade groupies"), the tone of Chasing Ghosts tends to vacillate quite a bit. In their own way, each of these men embodies the stereotypical gamer "persona"—they're a bit nerdy, socially awkward, and odd—but underneath it all, most of these dudes are genuinely good folks who were fortunate enough to get some attention for being really skilled at something. It's hard to fault any of them for clinging to that. 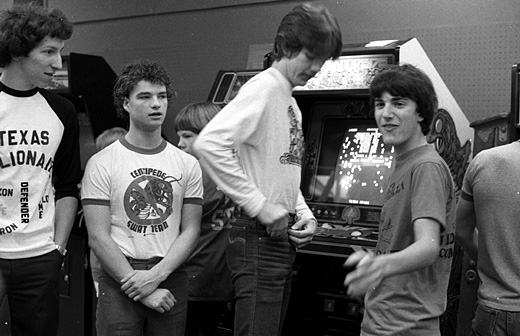 The film catches up with a multitude of champions, some familiar to even non-gamers (anyone who's seen the brilliant King of Kong will automatically recognize Billy Mitchell—in all of his mullet-sporting glory). Ruchti then allows them to reflect on their past—how they became so good at games, where their skill took them in life, where they are now, and so on. It's a fascinating character study.

It's really interesting to see where everyone has wound up. Most of these men went on to successful and interesting lives. Donkey Kong player Steve Sanders is now a minister, Mitchell owns his own business, and so on. Others, like Todd Rogers (who I've now learned lives one town away from me), have had a rougher run. Some still play games, others seem to look back on it all like it was another life.

While there are many different stories at play in Chasing Ghosts (including the ever-present feuding between players like Roy "Mr. Awesome" Shildt and Mitchell), the overarching angle involves Day and his decision to retire from being the official Twin Galaxies scorekeeper and referee. We don't learn as much as we'd like about Day—who's had a strange list of jobs and hobbies (including newspaper collector, oil salesman, and more) over the years, but we do at least know that he's retiring to work on a music career and write novels. Day's an odd fellow in a documentary filled with odd fellows, but since he's the guy who made all of this possible way back in the early '80s, it seems like he should get more attention than he does—from both the film and the other players.

That minor quibble aside, Chasing Ghosts: Beyond the Arcade

really is a fascinating look back at the dawn of the videogame era. Gaming might only be forty years old now, but it's amazing how far the hobby has come in those years. When the arcades crashed and the home gaming market went bust, it seemed like videogames might just become a pop culture footnote—and now it's a multi-billion dollar business that rivals the film and music industry. While Day and his gang of gaming savants can't take sole claim for making gaming an entertainment juggernaut, but they did certainly play a part in its evolution. Check out Ruchti's film and relive the glory days of the arcade.