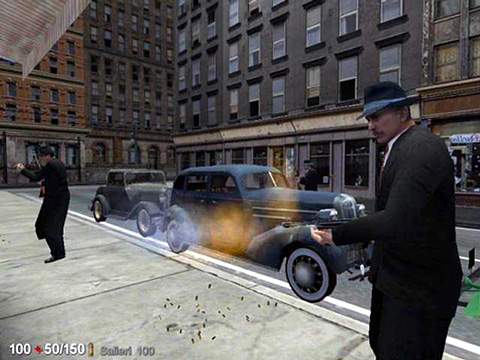 Since the days of Al Capone and Elliot Ness, America has had a fascination with the mafia. La Cosa Nostra has reached the point of iconic status in this country, not far removed from the cowboy—don't believe me? Check out popular entertainment…there are a lot more films and TV shows out there about gangsters these days than there are cowboys.

Why the morally conservative American culture has such a fascination with immigrant crime bosses of Italian descent both fictional and historical (Tony Soprano, John Gotti, Don Corleone, et al.) is not something I can explain. I suspect the reasons are similar to the Japanese interest in their own Yakuza, though—in a regimented and moral society, we all dream of breaking out of the constraints and taking control of our own destiny. That we get to feed our violent impulses in the process is the veritable icing on the cake.

Whatever the reasons, there's no denying that the Mafia, a distinctly Italian organization, has become a part of the American collective consciousness. The Sopranos, The Godfather, and Goodfellas all seem to bear that out. Now though, the Italian crime families are moving on to new turf—the videogame. Illusion Softworks' Mafia is one of the latest entries in this fledgling genre.

Mafia on the Xbox is a port of the infinitely superior PC version (as was the PlayStation 2 release). And while a PC-to-Xbox port should be a generally good conversion (given the similarities in architecture), the port of Mafia is a tragedy. The console version of this title pales in comparison to the PC original in almost every way imaginable.

Graphically, the game is bland. The PC release had a lush and vibrant world that appeared almost alive with sharp lighting affects, a smooth frame-rate, great textures, and a decent draw distance—none of these things make it to the Xbox.

The Xbox port is flat, clunky, and sports the textures of a Dreamcast-era game. The frame-rate is all over the place, the lighting is dull, and the end result is a world that looks almost two-dimensional. What was once vibrant and alive on the PC has become more akin to one of those film set western towns—all façade with no real depth.

About the only things that look good in the game are the character models in cutscenes and the game's multitude of vehicles. The shame of the car thing is that the pop-up while driving is so bad that other cars just "pop up" right in front of you, meaning players won't actually see the pretty cars until they're right on top of them… 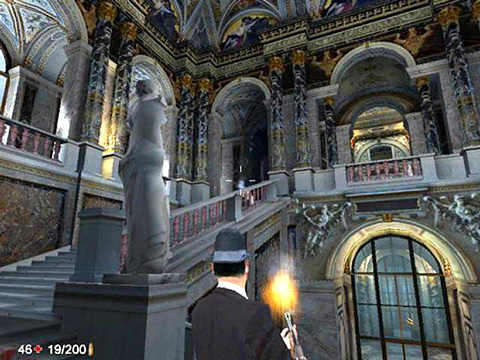 The controls are another area where the Xbox port falls well short of the PC version. The clunky control scheme will lead to countless deaths and failed missions either because they simply aren't responsive enough or because there is no control movement for a specific situation (e.g., you can roll to the left or the right, but not the front or the back). Driving with the Controller S is the one area where the Xbox version is actually better than using the mouse and keyboard on the PC—however, this positive is soon outweighed by countless negatives, like trying to aim. Aiming in Mafia makes the aiming in Grand Theft Auto look like Halo.

Despite the flaws, Mafia has one thing going for it in a big way—and that's the story. Told in a recounted fashion similar to Goodfellas, the game tells the tale of Tommy Angelo on his rise from taxi driver to made man in Don Salieri's crime family. The game features an intensely cinematic feel that highlights how games and movies can be similar in a positive way for a change. Rather than forcing players to "watch" the game, Mafia strikes a near-perfect balance between story and gameplay. This is one of the few things that made the transition from the PC version to the console without getting mangled in the process.

Gameplay is mission-based and will inevitably be compared to Grand Theft Auto. Since the setting is the 1930s, don't expect to fly helicopters or drive a Lamborghini—knives, tommy guns, and classic cars from the era are the order of the day.

When the mission mode gets old, there's also a free roam setting that allows players to drive around causing random mayhem, and a race mode wherein gamers can choose various rides they've unlocked in story mode. However, in reality, story mode is where most people will spend all their time with this game. The story is engaging, and it's the one positive in a sea of mediocrity.

And while the story is a great one presented in an engaging fashion, it's just not enough to save Mafia as a whole. The bland graphics, clunky controls, and atrocious load times (nearing 40 seconds in some instances) are nearly insurmountable shortcomings. Mafia and publisher Gathering may make you an offer, but believe me, it's one you can (and probably should) refuse. Rating: 4.5 out of 10.

According to ESRB, this game contains: blood, violence

Parents should heed the Mature rating. This is a game about a violent crime family and is probably not something you'd want the little ones playing. If you wouldn't let your child watch Goodfellas, then you shouldn't let them play this game.

Hardcore gamers are bound to be let down by the myriad problems in this port. Mafia is a great game…on the . If you want to experience it, doing it on that platform is the way to go.

Casual Gamers may be more forgiving the Xbox port's flaws because the story is so cool. However, no one will be forgiving of the game's load times and unresponsive controls.

Deaf and Hard of Hearing gamers can play Mafia without issue since the game does feature subtitles.