A nightmare worth experiencing 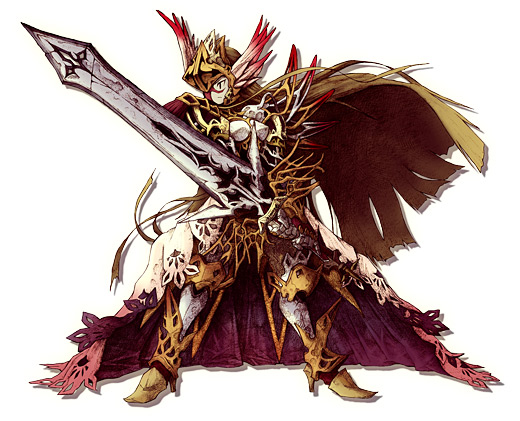 HIGH The moment where you finally "get" the game is pretty magical. There's a lot of depth here, but only patient gamers will stick around long enough to find it.

LOW The game's tutorial isn't as helpful as it should be. Knights in the Nightmare is difficult mostly because it does such a terrible job of explaining how it was meant to be played.

WTF The entire game is one giant WTF moment for the first few hours.

One of the constant rallying cries of jaded gamers is that today's titles don't offer enough "innovation." Everything is a copy of something else. Anyone who's spent more than a few years seriously playing games realizes that this is a medium that loves to milk franchises and ideas until the once overflowing teat of creativity is reduced to little more than a dry and lifeless husk. Fresh ideas are few and far between in a world filled with space marines, turn-based role-playing games, and so many military shooters that I feel like I'm worthy of an honorable discharge based on combat time accrued.

Developers Sting Entertainment are no strangers to making games that feel and play unique. They've worked on titles like Riviera and Yggdra Union (both for the GameBoy Advance and PlayStation Portable)—two games that were certainly different from a lot of others on the shelf. I knew going in that I had to expect the unexpected when it came to these guys' games—but even that wasn't enough to prepare me for their latest release, Knights in the Nightmare.

Knights is best described as a merging of strategy RPG games like Disgaea with bullet-hell shmups like Ikaruga. Sound like an insanely odd combination? It is—and that doesn't even begin to scratch the surface of this incredibly unique title. 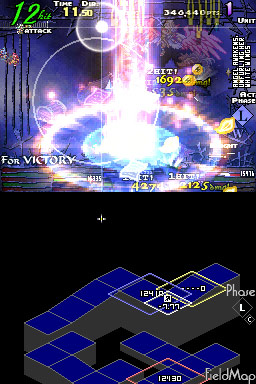 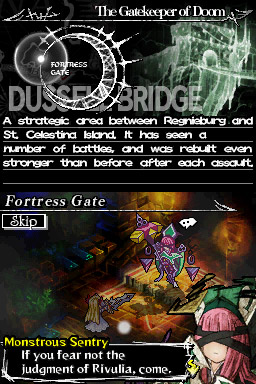 Trying to explain Knights in the Nightmare would require far more words than I have allotted for this review. The game comes with a full-fledged tutorial that will literally take an hour to go through. This can be skipped and players can jump into the game proper—but I'd advise against it. I've been playing strategy RPGs and shmups for years. Nothing in that experience prepared me for what Sting had in store for me.

The gist of the game is that players will take control of a wisp. This wisp is a ghostly spirit that serves like a mouse icon on your computer. Players use the stylus to drag the wisp around maps, selecting characters to act and attack enemies. The wisp also gives the soldiers their weapons and must dodge bullet attacks from the enemies. That's the most basic and rudimentary explanation I can offer—and it tells you nothing of the attack modes, the phases, the fact that no one takes damage, but instead everything revolves around a timer, collecting gems and items, managing units, or the countless sub-menus and gauges the game tosses at you right from the first battle. This game's learning curve is steeper than Everest.

The problem with Knights is that the game throws the huge tutorial at the player all at once. The tutorial is broken down into lessons, and you can tackle each concept in bite-sized chunks, but there's no final lesson. It's like learning all the steps to solving a complicated math equation, yet never putting all the pieces together and actually figuring out a problem from start to finish. Going through the tutorial will give gamers a rudimentary grasp of some of what's going on in the game, but the fact that publisher Atlus has taken it upon themselves to post YouTube tutorial videos showing how to play seems at least somewhat of an admission that that tutorial could be more helpful.

Because the instructional segment can be so obtuse, players wind up in the early battles of the game with no real idea how to win. It took me the better part of 20 battles before I finally had the moment where everything clicked—and judging from various message board posts, I wasn't alone. The game doesn't encourage starting over (at least not in the way something like Breath of Fire: Dragon Quarter or Dead Rising does), but most people have felt like starting from scratch somewhere between battles ten and twenty—when they finally figure out what's going on. That's not particularly great game design.

Once the hurdle of the learning curve has been cleared, the game starts to move in a different, but no less troubling, direction. What was once overwhelming with its complexity now becomes incredibly mundane and repetitive. Knights literally throws everything it has to offer at the player from the first moment. By the time the player has mastered the mechanics, the rest of the 40+ battles are just more of the same. The bullet patterns become more complex, some of the maps require a little more strategy in order to obtain items (required for recruiting more knights to the cause—a necessary evil since the game gives characters level caps and the only way to raise them is to either merge characters or find new recruits with higher caps), but there's no evolution in terms of combat. Granted, the game has so much going on that there's still lots to do (and micromanage), but the fun factor of being challenged all but vanishes about halfway through the campaign.

This leads me to wonder why Sting felt the need to bury players under a veritable information avalanche right from the start. Countless people never got to experience how unique Knights in the Nightmare is because the early challenge put them off continuing. In some ways, this feels more like a ploy to gain "hardcore" gamer cred than anything. There's nothing inherently wrong with appealing to the hardcore crowd—it's just disappointing that Sting has made the game nearly inaccessible to huge chunks of the gaming population not because they made a difficult game but because they explain how to play it so poorly.

That Sting has succeeded in making another innovative game (almost in spite of themselves this time out) should secure their legacy amongst gamers on the lookout for something different. Knights in the Nightmare struggles under the weight of its own complexity but the bizarre melding of divergent gaming subgenres make it a title I'd recommend to anyone bored with gaming's status quo. Rating: 7.5 out of 10.

Disclosures: This game was obtained via publisher and reviewed on the Nintendo DS. Approximately 18 hours of play was devoted to single-player modes (completed 1 time).

Parents: According to the ESRB, this game contains alcohol and tobacco references, mild fantasy violence, mild language, suggestive themes. I'm genuinely amazed this game has a T rating—it's really rather innocuous in terms of objectionable material. The real reason to keep it out of kids' hands is because the learning curve is so steep that most children will grow frustrated with the experience before they ever finish the tutorial.

Deaf & Hard of Hearing: The game has no spoken dialogue. The entirety of the story is presented in text.