LOW It’s a little too simple.

For those who have a few minutes or are new to Cat Quest, the original was a simplistic Action-RPG where players controlled a cat warrior questing to save a magical kingdom.

Paring down the RPG and action elements to the absolute basics, it made for a bite-sized experience enjoyable by players of virtually any ability level, and a layer of light-hearted humor was draped over the whole experience. This sequel carries all of those ideas forward, and adds a couple of minor twists.

‘Heart-warming’ defines the core of the aesthetic, from the world map painted in (mostly) soft pastels, to cartoon animals moving with hero-like purpose. Characters frequently crack animal puns and the dorkiest jokes imaginable with complete earnestness. Even quests that involve combat against enemy cats and dogs usually end in the foes apologizing for being jerks, and it’s 100% happy endings throughout. In fact, the cadence of Cat Quest II reminds me a bit of a child’s cartoon show (in a good way) and I was always smiling at the end of a quest.

Mechanically, Cat Quest II presents all the fundamental elements of a modern-day ARPG in a simple package. Players fight monsters with melee or magic and use a dodge roll to avoid danger. Enemies always forecast their attacks with an area-of-effect marker before making a move. While exploring the overworld, players find dungeons full of treasure littering the map. It checks all the basic boxes.

The storyline of Cat Quest II is as classic as classic gets. Two warring kingdoms are fighting over a mystical sword holding ultimate power, so the main characters set out to stop the war and save the world. Unsurprisingly, this ends with fighting an ancient evil and defeating it with the power of friendship. There are exactly no curveballs in the story, which feels by design. Approachability seems highly valued here, so players who crave more challenging material may be put off by the simple narrative.

While approachability on all levels is in some ways an admirable goal, there were a few times during Cat Quest II when I found myself wishing for a little more complexity — the devs do introduce more spells and two new weapon types beyond what the original offered, but it still doesn’t quite feel like enough.

If it sounds like I’m bemoaning Cat Quest’s simplicity, let me be clear in saying that its straightforward nature works in its favor. It’s clear The Gentlebros studio has intentionally iterated on their approachable ARPG, and they’ve accomplished that goal with polished gameplay elements that hang together tightly. It might not be a satisfying experience for seasoned vets, but Cat Quest II is recommended for anyone seeking a bite-sized, straight shooting, heartwarming adventure.

Disclosures: This game is developed by The Gentlebros and published by The Gentlebros, PQube, and FlyHigh Works.It is currently available on iOS, Android, Steam, Playstation 4, Nintendo Switch, and Xbox One. This copy of the game was obtained via publisher and reviewed on PC. Approximately 18 hours of play were devoted to the single-player mode, and the game was completed. No time was spent in multiplayer modes.

Parents: This game is rated E10+by the ESRB. The game contains cats whacking monsters bloodlessly, and there are online interactions possible.

Colorblind Modes: There are no colorblind modes in this game.

Deaf & Hard of Hearing Gamers: The game is fully subtitled, but text cannot be re-sized or recolored. Combat is not affected by sound since all attacks are visually forecasted. This game is fully accessible.

Remappable Controls: Keyboard controls are fully remappable. The game supports Xbox controllers on PC, in which case controller buttons cannot be remapped except reassigning magic to different shoulder buttons or bumpers. On the Xbox controller, left analog stick or D-pad moves your character, X attacks with weapons, Y switches characters, B is object interaction, A is dodge roll. The bumpers and shoulder buttons use magic. 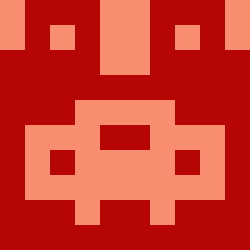 Played this in Co-O;p with my girlfriend – loved every minute of it. The loot system is so smart.

Thank you for the great review. That told me exactly what I wanted to know and more.