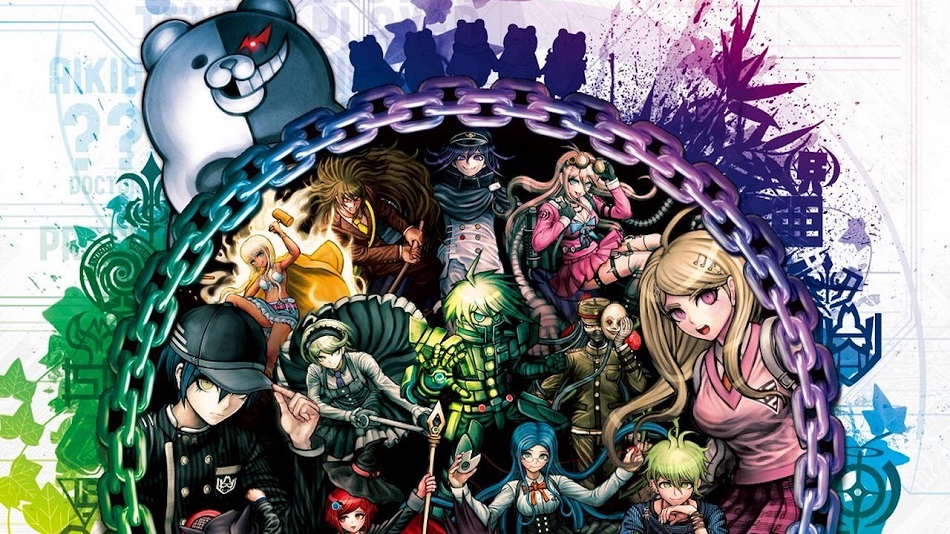 HIGH Some of the series’ best characters

The first two Danganronpa games came out in quick succession back in 2014, but fans have been waiting a few years for another mainline entry. There was an anime release and the Ultra Despair Girls action game spinoff to tide folks over, but for those who fell in love with the original adventure game formula, Danganronpa V3: Killing Harmony gets things back on track in grand fashion.

Like Trigger Happy Havoc and Goodbye Despair, V3 once again drops players into a killing game where the wicked bear Monokuma (now joined by his five Monokubs) pits a group of ultimate students against one another. One can only win the game by successfully killing another player without getting caught or by surviving until the very end.

Though this scenario will be familiar to those who’ve played the prior two games, the Danganronpa formula mixes character interactions, murder investigations, and courtroom trials to find the killer. While it could be played as a standalone, playing V3 without having experienced the others would leave players without a great deal of context, so it is emphatically not recommended.

Each chapter starts with a bit of introductory exposition to set the stage and allows the player gets to know the cast better. The unwilling participants are called ‘ultimates’ because each student-slash-potential murderer has a world-class talent, such as the Ultimate Pianist or the Ultimate Inventor. These things help to roughly shape their character, but the expected tropes are often played on in creative ways. 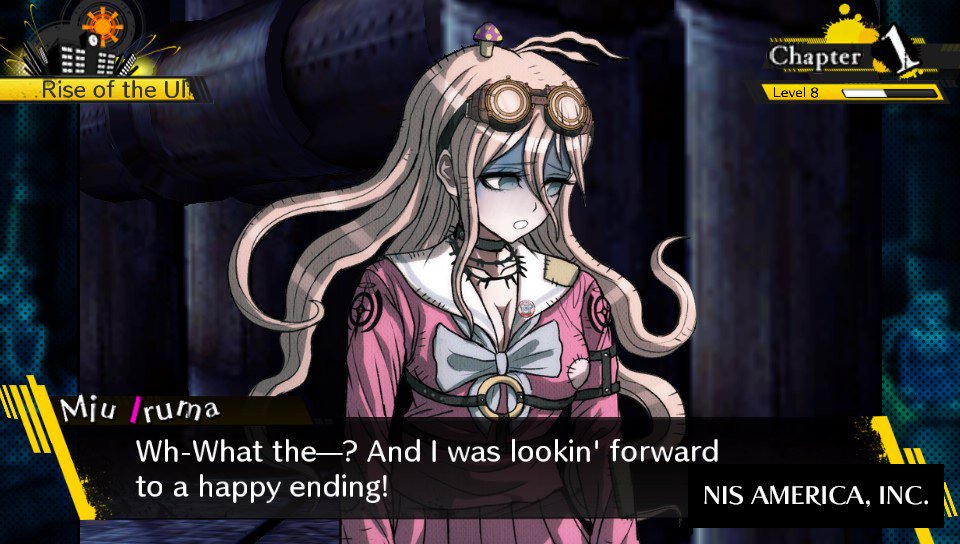 After a few scripted interactions, players can explore the school and spend their free time with other students. Doing this unlocks bonding events that further develop the cast, though unfortunately it’s impossible to unlock all of them in a standard playthrough. Imposed time limits require players to be selective and focus on the characters they wish to learn more about. Personally, I wish it would have been possible to spend more time on this bonding than V3 allows.

As each chapter progresses a murder will inevitably take place, and the main character leads an investigation to determine the culprit. Since V3 will not allow anything to be overlooked, this often leads to clicking on every item in a room until it’s possible to leave. Thankfully, players can access an observation mode that will highlight objects that can be examined, cutting down on pixel-hunting. Once the pertinent info has been gathered, Monokuma will signal a “class trial” to begin.

These courtroom-style trials are where the best story interactions take place as the truth of each case is revealed by having the player flush out the other characters’ lies. This takes place via a selection of minigames.

The most important one is the Non-Stop Debate where the cast cycles through a recap of a situation, and the player must pinpoint a falsehood by aiming at the dialogue with a reticle and selecting a statement to ‘fire’ at it. This mode is the most engaging, as it requires a quick analysis and understanding of the situation and decent reflexes to target the correct text as it moves around the screen. 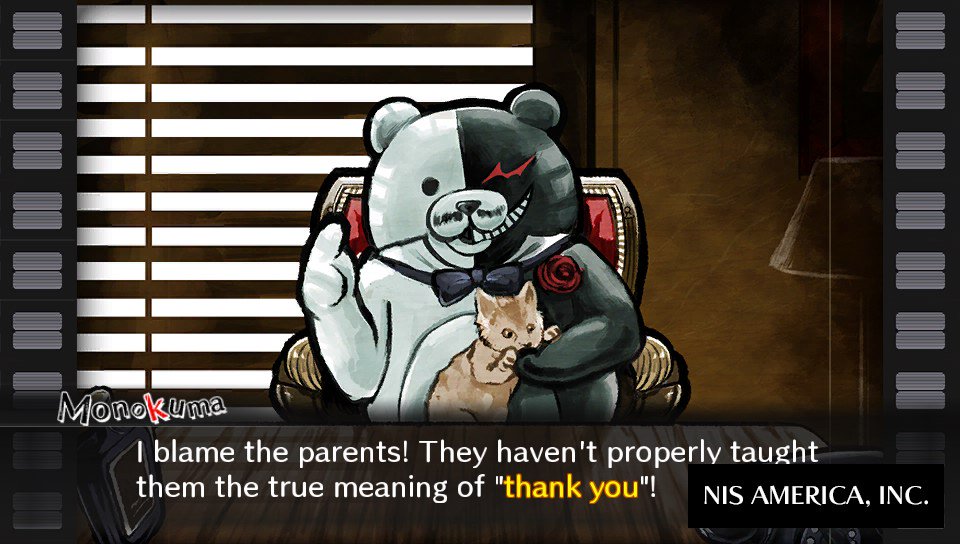 Psyche Taxi is a less-thrilling exercise that wastes a few minutes requiring players to drive along a track in Out Run-style racing, gathering letters that form a question to help recap what was just revealed. Not only does it take too long, nothing new is gained from completing it. Another time-waster is the Hangman’s Gambit, where the player has to select letters to spell a word or phrase. While these don’t take up a massive amount of time on their own, they’re used frequently enough to kill the pacing, especially considering most trials offer around twenty different segments each.

It may seem a little strange to read a review for a narrative-heavy game and make it this far without a word on the plot, but to say anything would be world-class spoilers. What I can say is that despite the pacing issues from minigame padding, Danganronpa V3 moves at a solid clip the rest of the time. The story is doled out fairly quickly with only a couple cases in the middle falling a little flat, or stretching things a little too far. And, while not every single cast member is memorable, those who stand out are some of the best in the series. Be it the sexually-crude inventor Miu, the pathological liar Kokichi, or the ever-enthusiastic Kaito, this cast really leaves a mark — and most intriguingly, they’re not all likable. Similar to the way it flips tropes, V3 never stops trying to pull the rug out from under the player by defying expectations without being too obvious about doing so. Expect some truly genuine WTF moments.

While I can’t discuss story details, Danganronpa V3 shines by highlighting the memorable cast while twisting the story around in surprising ways. The structure doesn’t change much from the prior two entries and it doesn’t need the minigame padding, but that doesn’t stop this from being a fantastic experience. Fans of the series owe it to themselves to play V3, as it was clearly created with them in mind and holds up perfectly alongside Trigger Happy Havoc and Goodbye Despair. Rating: 8 out of 10

Disclosures: This game is developed by Spike Chunsoft and published by NIS America. It is currently available on Vita, PS4 and PC. This copy of the game was obtained via publisher and reviewed on the Vita. Approximately 31 hours of play were devoted to the single-player mode, and the game was completed. There are no multiplayer modes.

Parents: According to the ESRB, this game is rated M and contains contains blood, drug reference, intense violence, partial nudity, sexual themes, and strong language. There is lots of (pink) blood in this game along with tons of violent imagery and dead bodies. The drug references are minor, as is the partial nudity, but there is a lot of strong language and sexually suggestive dialogue.

Deaf & Hard of Hearing Gamers: All dialogue is subtitled, and audio cues are not critical to gameplay. I played most sessions without sound and had no issues at all.