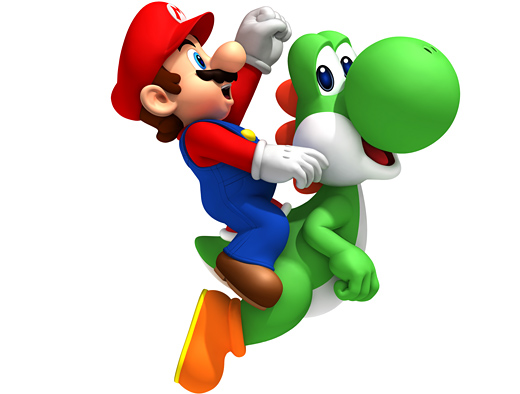 Both Assassin's Creed titles open with a message from the design team:

This work of fiction was designed, developed and produced by a multi cultural team of various religious faiths and beliefs.

It's a very nice, safe message from Ubisoft… and until recently, I never realized why it bothered me. Religion isn't really a major factor in either game. This, despite repeated mention of the "Templars," Altair's (and protagonist Desmond Miles') possible Muslim heritage, and the first game's setting in the Holy Land. (Actually, at the time of playing the first game, I did wonder why there seemed to be so few Jews in Jerusalem, but I digress….)

Religion may not be the point of Assassin's Creed, but certainly it's inherent in the setting, the context. Why the lack of attention? Is the development team really walking on eggshells, or is this symptomatic of a larger phenomenon in video games?

One can very reasonably argue that religion does not play a role in most video games (other than those which are "edutainment" or pointedly religious to the point of proselytizing, ala the Left Behind series) for the same reason that many cultural and ethnic factors do not: It's just not part of what we look for in an avatar. You don't really see a "Buddhist" slider in the Elder Scrolls character creation screen, after all.

But is that really the case? That games remain pleasantly ignorant of religion and ethnic culture because we will them to do so? The Grand Theft Auto series, for all its problems, has done a stunning job of playing with our expectations of character and narrative based on stereotypes. Between Niko's unlikely friendship with homosexual Russian Florian "Bernie Crane" Cravic and Lost and the Damned's Jewish protagonist Johnny Klebitz, there's a great deal of room for subtlety, yes, but at least Rockstar is trying to texture its characters with all the personal dimensions that come with being part of a melting pot culture. Why? Probably because Rockstar realizes, as we all most likely do when paying attention, that compelling fiction—even the interactive sort—borrows from, and contributes to, our sense of self.

I'm not arguing for cultural sensitivity here; rather, an increased attention to culture's religious dimensions. I ask the question in the title of this post, not to be incendiary, but rather to truly posit, "What if the character that billions of children and adults all over the world identify with happened to be a Jew?"

Growing up Jewish in the Baptist Belt of America, I often wished as a child that there were more Jewish heroes with whom I could identify. Comics got it right occasionally (e.g., X-Men's Kitty Pryde), but video games certainly missed out. I'm sure Muslims, Buddhists, Hindus and other members of religious minorities in the Western world must feel the same way. And I'm not excluding a lack of religion, either: There's plenty of room for atheist heroes. But why dump one's head in the sand altogether?

I think the misconception, perhaps for all fiction, is that when an author refers offhandedly to a character's faith or ethnicity, it has to be supported with substantial reasoning that is made crystal clear for the reader/viewer/player. For example, if Altair had been made pointedly Muslim, it would have had to have been for a pretty damn good reason, what, in this age of anti-Muslim sentiment and wars in the Middle East.

I do not believe that is true. I think people, in general, just happen to come from a beautiful range of backgrounds… and religion just happens to be one of the colors in that spectrum. Why don't we treat our characters the same way? Sure, if the game happens to justify its inclusion of religion with a meaningful and substantial treatment of the topic, more power to it. If it doesn't end up being integral to the plot or gameplay, fine. By no means should it be a requirement.

It is true that invoking religion—just as it has been so with gender and race—opens the door to stereotyping. No one wants to see, let's say, hook-nosed villain Izzy Shlomowitz as a star in an Aryan Brotherhood-designed platformer for the PC. Not any more than homosexual men and women probably want to see the kind of gay-smearing, prissy stereotyping that comes out of some Japanese RPGs.

But that's life. Life opens the door to unimaginable evils. Better to face it than to pretend we're not part of the conversation. And for better or worse, video gaming has achieved the level of cultural penetration to the point that it is completely inextricable from that conversation.

So what if Mario were a Jewish-Italian plumber? Well, he'd still be Mario. Only Jewish.

P.S. Yes, I'm aware of the irony of the whole "Jewish Mario/coin collecting" thing. I do have a sense of humor, after all.

Can you bring in religion as a part of cultural stereotype without stereotyping someone’s God, though? That is, when you leave God and Religion out, you’re not beholden to satisfy the moral expectations of whoever’s religon you’re including in what you’re writing. Sometimes not, though. using a cinema comparison I found several reviews of the movie ‘Castaway’ on Amazon, written by admitted Christians who felt that the movie was ‘abandoning God’ by not having Tom Hanks pray to God to be rescued. ie- they thought it was a ‘BAD’ movie, because we didn’t SEE Tom Hanks (who I guess must… Read more »