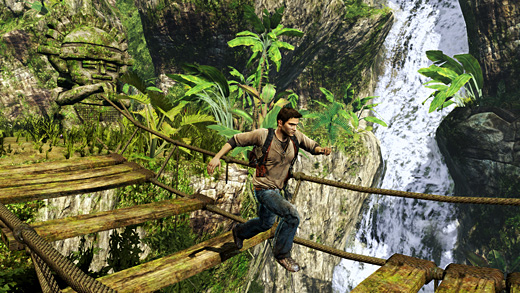 Even before it launched, the PlayStation Vita was declared a failure by media doomsayers. A rough global economy, strong competition from companies in the video games and mobile markets, and a belated, non-Christmas launch in the U.S. and Europe had stacked the odds against Sony's fledgling replacement for the PlayStation Portable (PSP). The system has now launched in major territories and sales are as poor as predicted—well behind the sluggish pace set by the Nintendo 3DS in its first few months.

Japan is a tough market to gauge, being that the Vita was selling out its pre-orders but is now losing in a battle against its portable predecessor. Based on sales of current handheld games across all platforms in Japan, one could assume two things about the Vita's fate there: 1. Sony has to convince Japanese gamers that Vita is worth an upgrade from the still-hot PSP, and 2. all of this would probably be moot if the Vita had launched with a Monster Hunter game. Meanwhile, the European launch was tepid but not altogether discouraging, as Sony moved an estimated 380,000 units in its first week—slightly ahead of the 3DS.

It's a different story in the U.S. Despite a strong, well received launch lineup and positive reviews regarding the hardware, the domestic Vita launch disappointed with a first-week estimate of only 300,000 units. Sony is definitely facing an uphill battle stateside, but all is not lost. The hardware is good, the games are there (with a few potential standouts to be released in May and June), and major marketing dollars are being put behind the Vita. So how can Sony capitalize upon the Vita's strengths while dragging itself out of its presumed grave? Here are a few ideas.

Sony missed a terrific opportunity to get America buzzing about the Vita when it failed to buy ad time during the Super Bowl—the most-watched television event of the year in a month when the Vita would be launching. Unfortunately, what they came up with instead is possibly the worst video game ad campaign since, well, the launch of the PlayStation 3.

True, Vita ads do not feature a freaky, melting baby doll in a what looks like a padded cell. These ads are a little more… naturalistic. They feature 20-something hipster kids walking around a city completely oblivious to the world around them. They depict potential PlayStation Vita users as too trendy, apathetic, and possibly very late for work at a job they hate. How hip.

And what of the games? You're lucky if you can catch a split-second glimpse of titles like MLB 2012, hardly a showcase of the Vita's power and unique interface features. Worse yet, the Vita's place in the handheld market is made vague by the oft-aired MLB ad, as it seems like Sony is advertising it as an expensive accessory for the PS3. Not only does this mean Sony is limiting its target audience to current owners of its home console (hardly a leader in market share); it's also talking about one very specific hardware feature (cross-platform save files) tied to one specific game. 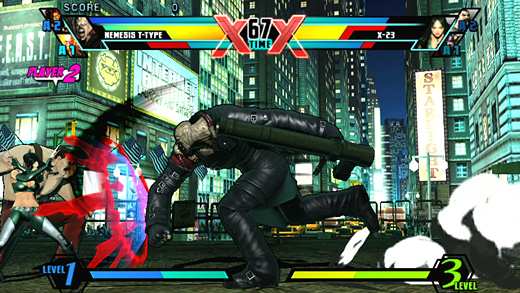 Play to the system's strengths

Sony should try to anticipate what will excite potential buyers about dedicated gaming hardware in the age of iOS and Android. They need to realize that they're not going to capture the "casual only" market that's looking solely for 5-minute games that can be played on the bus (though such games are important to have as part of a larger Vita library). Their target customer is now part of an increasingly niche market: someone who loves gaming first and foremost and probably wouldn't mind playing a full-fledged console-style game on the go, even if it's played in small doses.

Show off the analog sticks. This is a feature for which handheld gamers were clamoring for years! Don't bury the lead here; show some shooters being played. Also, show the occasional touchscreen and gyroscope interface gimmick, but don't make it the point of the ad. Again, Sony can't compete with cell phones and tablets on that front. The biggest flaws in Apple and Google's impressive library of cheap games is that they are primarily casual and offer only touch screen and gyro controls unless a third-party peripheral is purchased. Show that Vita isn't playing on tablet and cell home turf, where it would obviously lose; it's creating a new go-between market that marries hardcore and casual. The terrific Unit 13 would be a great game to show off here.

Above all, show off those graphics! I've only shown off my Vita to a few friends, but their jaws have all dropped when they've seen Uncharted: Golden Abyss. If any Vita game deserves its own separate TV marketing campaign, Uncharted is the obvious candidate. Phones and tablets are quickly catching up to the Vita in terms of processing power (the new iPad, with its own quad-core processor, is pretty much there), but they don't have anything that looks or plays exactly like a real Uncharted game… yet. They also don't have crystal clear ports of Rayman Origins or Marvel vs. Capcom 3, last I checked.

Mention Assassin's Creed and Call of Duty early and often

Even if there is no footage to show on TV or at E3, even if all Sony has is a cardboard sheet with those titles scrawled on it, Sony has to make a big deal out of its fall Vita lineup… and there is nothing bigger in gaming right now than Assassin's Creed and Call of Duty. The former franchise is currently setting pre-order records and the latter has already broken countless sales records. We know they are both coming to the Vita in some form this year, so Sony needs to get the word out, preferably starting now. Gamers need to know that the Vita has major third party support, and that part of the Vita experience will be playing triple-A blockbusters on a handheld where they won't have to be watered down. It's admittedly far-fetched, but a two-for-one pricing strategy for the fall's PS3 and Vita Call of Duty and Assassin's Creed titles would possibly be enough to lure over dedicated Xbox Live players while getting current PS3 owners excited about the Vita. 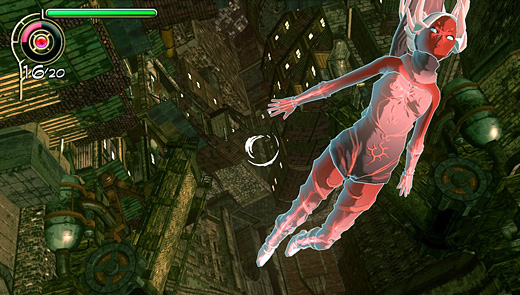 Be specific and straightforward about Vita's online and multiplayer capabilities

For the time being, Sony should probably steer clear of pimping AT&T's overpriced, neutered 3G plans (in fact, I'd recommend they scrap the 3G unit altogether, but that's unrealistic at this point) and stick to what gamers really want out of a handheld online experience: a full multiplayer suite that's easy to access. Forget players who are on the bus and require 3G service to do a confusingly limited range of multiplayer options. Nintendo has a smart campaign in which a group of friends play 3DS games together in a single room. Sony should follow Nintendo's lead here while still reminding people that the Vita offers full trophy support, cross-game chat, persistent scoreboards, etc.

Offer a 4GB memory card with every Vita purchase

The Vita's memory card situation is aggravating and confusing. It's a $250 console with no internal storage and most, but not all, of its games require a memory card for saves. The last thing you want potential buyers to worry about is whether they have to factor in hidden costs before they have enough money to buy your system. Sony was on the right track with its "limited-time" 3G launch bundles, which offered 4-8GB of storage for free. They simply need to expand the offer to every Vita model and make it permanent.

Don't let the Vita suffer from its predecessor's chronic port-itis

It's already clear that the Vita is very capable of handling PS3 ports, but ports alone do not a strong library make. In the case of the PSP, an influx of ports in its formative years drove away potential buyers who had already played arguably superior versions on their home consoles. While established franchises like the aforementioned Capcom "Vs." series can lure in some new players, Sony will ultimately need to prove that the Vita offers unique experiences that cannot be found anywhere else. The upcoming Gravity Rush is a hotly anticipated title that oozes cleverness, but Sony will need a lot more where that came from.

This is probably the most obvious suggestion, but it also may be the least likely in the short-term. That is, every console has its price lowered at some point, so it's not a question of "if" for the Vita, but "when." There is already plenty of speculation regarding when Sony's tipping point will come, and many expect Sony to follow Nintendo's surprisingly aggressive example of a very early, very significant cut.

However, the Vita is not the 3DS. It's more expensive to manufacture and, unlike the 3DS at launch, priced decently given its technological prowess. Lowering the price of the system early on would also be a bigger gamble for Sony than Nintendo, as the Vita came late to the handheld party and would struggle to look like anything but the unpopular product of a panic-stricken (and famously hurting) corporation.

At the same time, major discounts and incentives have a way of stoking consumer enthusiasm during tough economic times. Just look at the Xbox 360's record sales during Black Friday. There is no doubt that a price cut to $199, a number on par with the fast-selling Kindle Fire and slightly north of the 3DS, would generate additional interest in the Vita.

I had fun with the PSP with the TV out it made a great lil console. So untill the vita has a TV out I wont bother getting it. Same for the DS 1.4…….