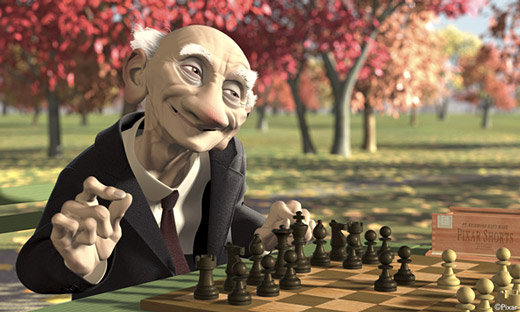 In my blog post about race-switching in gaming, I failed to mention that the much talked-about USC study regarding underrepresented minorities in video games points to the elderly as one such group. Again, this should come as no surprise, being that the elderly are given short shift in just about every dimension of the public sphere outside of political lobbying, and particularly in popular culture.

With regard to video games, it's not hard to see why this is the case: Many video games are escapist in one sense or another and have to deal with the maximum agency afforded to the player, and in most cases we're talking about agency in the idealized, physical sense.  If the protagonist is not physically attractive or physically "able" (and this is to say nothing of the marginalizing of the physically handicapped or disabled in video games… perhaps a topic for future discussion), at the very least he/she is youthful… iconic of the kind of template for change and dynamic narrative-based character shifts we all look for in the classic bildungsroman that forms the basis for games ranging from Braid to Fable 2.

Roles for the elderly are typically more static… thinly portrayed comic relief, disgruntled villain, or wise oracle. Other than the odd Heiachi or nonsensically bulky (or in some cases, drunken) sensei character of various Japanese fighting games, more central elderly characters embody the aforementioned characteristics because they are heavily cerebral. (And no, Bill from Left 4 Dead does not count as an exception to the rule; he's just a grumpy, stereotypical stand-in for the other characters.) In a sense, this is rather patronizing: We give these elderly characters the benefit of the doubt that they always possess the experiences to make them set in their ways and powerful enough—at the very least, in mind and spirit—to affect the dynamic experiences of the protagonist.

Unfortunately, relegating such power to the background or supporting cast diffuses the sense of humanity attributed to the elderly. We somehow take for granted that the elderly can affect but are not so easily affected. Again, this is linked to mechanics of play: Physical prowess and knowledge within the game must be earned by trial, and the player easily connects with a character who is given an

incomplete set of tools with which to complete that trial (e.g., the vault dweller of Fallout 3). In contrast, the icon of the elder portrays the elder's trials as complete or near completion, dependent merely on the fact that they are of a higher age.

In reality, however, an older man or woman can be just as lost, contemplative, and introspective as a younger counterpart. Trials both physical and mental are ongoing in life, not simply relegated to a single, all-important series of encounters, and we all know that many of the most crucial, sorrowful, and rewarding outcomes occur only in the later years. 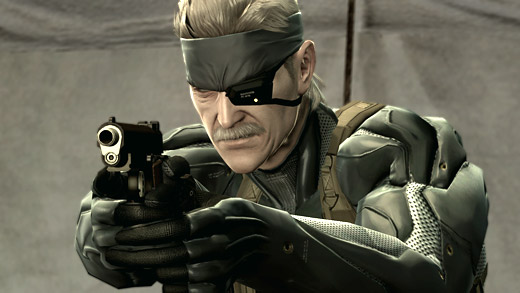 In the previous blog post on minorities, I suggested that character creation systems put an interesting spin on what we consider the cultural norms associated with race by allowing players to reconfigure race within the gamespace. Some of these systems allow for creation of an older protagonist as well, but it is a little more difficult to reconfigure age—which has universal physical and experiential implications, not simply cultural implications—within a gamespace.

As the median age of gamers continues to rise, I wonder how this will be reflected in the character creation choices made by players. I can only speculate that concern over the seeming physical disconnect between the actions demanded of that character and those we consider typical of the elderly will cause even the oldest players to mold younger, more "able" characters.

Yet this is precisely why we need to re-examine what it means to be "able" or an active agent in an escapist fantasy. I ask that aspiring designers consider the following questions with regard to roles for the elderly:

1. Why can't physical trials reflect the obstacles inherent to growing older while still maintaining their end result of power in addition to experience/success? For instance, why couldn't Prototype's Alex Mercer be an elderly man or woman who must wrestle with the newfound power brimming inside them as it conflicts with what they previously considered to be an aging body? Certainly, that is a far more interesting set of physical boundaries for the player to immerse himself/herself in than simply playing as "generic, muscular young male X." I think the only game that did this even marginally well was Metal Gear Solid 4, but that game addressed age as a constraint more than as a natural characteristic of its protagonist (which makes sense, given that Snake's aging between Metal Gear Solid 2 and 4 was mostly artificial).

2. Why are the objects of desire in games typically younger males and females? Isn't an older man or woman worth fighting for? Relationships don't simply stop after youth.

3. What sort of interesting introspection and character development can come from the dilemmas faced by older men and women? Why can't a journey of discovery be just as compelling if the character doing the discovering is elderly? More pertinently, why is growing older considered the end of a journey rather than the beginning of one?

Of course, there is always the question of whether an idea for a video game is marketable. However, I ask that creators and storywriters not fall into the trap of stereotyping for the sake of pushing what the nebulous and questionable "market" considers "attractive." What I have found is most often attractive to gamers is that which most pleasurably defies their expectations.

And when it comes down to it, the word "pleasure" is at the heart of this issue. For all the patronizing glories we confer upon the elderly, we often associate growing older with a descent of condition, away from pleasurable activity and towards death. Surely the process of growing old is not always a pleasurable one, but there is nothing about old age that makes growing up and having fun mutually exclusive.

And if you think there is, you probably need to read this.