Passion Is The Key To Victory!!! 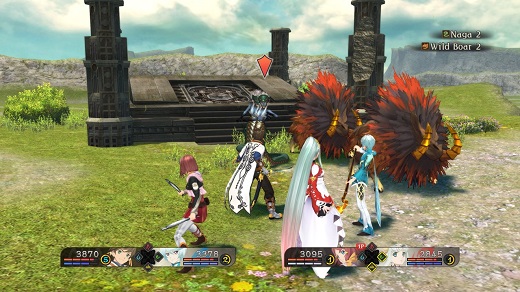 LOW The story is slow to take off, the camera can be wonky

Tales of Zestiria is the fifteenth title in the long-running Tales franchise. Though the core elements remain the same, players don't have to be familiar with earlier titles in this JRPG series in order to appreciate Zestiria—it's a standalone experience.

As per usual with a Tales, it's fundamentally broken down into two parts: combat and story.

Let's start with the story, since it's the most disappointing part. Zestiria focuses on carefree Sorey and his cynical buddy Mikleo as they travel throughout the world of Glenwood, seeking to end the Age of Chaos. The important thing to understand is that are the three types of characters found in Glenwood: Humans, Seraphim and Hellions.

Sorey is a young man who has spiritual powers which allow him to see spiritual beings known as Seraphim. Mikleo is one such seraphim that travels with Sorey. Unfortunately, their world is full of malevolent creatures called Hellions. Sorey and his party need to, of course, save the world from these Hellions.

For me, the story disappointed largely because the "big reveal" was a letdown. Not only did I guess the twist hours before it popped up, but it lacked any real impact. When I look back to Vesperia, my favorite Tales title, the reveal in that plot was a heavy hitter. I had one of those OMG moments, and it helped set the vibe for the rest of the adventure. That sort of engagement just doesn't happen in Zestiria.

Moving on to the combat, I'm pleased with Zestiria's battle system, which blends together two previous systems—the core combat from Tales of Graces F and bonding with allies from Tales of Xillia/Xillia 2.  It's quick, strategic, and satisfying. In fact, one of the biggest reasons I became a Tales of fan is because of how exciting the combat is.

To start, ‘artes' are skills needed to defeat enemies, and there are different classes of them.

Martial artes are for getting up close and personal with foes—just as the name implies. These branch into different combos, but players can also mix up arte combos and develop their own within the parameters that are given.

In addition to martial artes, Hidden Artes and Seraphic Artes are in the player's arsenal. This is where strategic maneuvers come into play because the three artes have their advantages and disadvantages when going against another. It's a rock-paper-scissors sort of thing, really.

When in action, four party members are allowed on the battlefield—two humans and two seraphim, and party commands give broad instruction without having to constantly enter menus. If I need my party to go on the defensive, a simple directional push on the right joystick is all that's required. This feature is a godsend. By using these party commands in addition to customizing AI parameters, I never once complained about the AI making boneheaded moves.

Tales of Zestiria also features a mechanic called Armatization, which combines the powers of humans and seraphim. Taking advantage of this can lead to useful abilities such as boosting character stats and resurrecting downed allies. And, depending on the seraphim used, different types of armatization will be formed. If Sorey fuses with the earth seraphim, for example, they gain the ability to wield giant stone fists and perform devastating earth attacks. A fusion with the water seraphim creates long-range spells and a mystical water bow, and so on.

Tales of Zestiria had a good chance to surpass Vesperia as my favorite Tales title, but the weak plot left me wanting more. On the other hand, the combat system is currently tops, so that's a plus. Overall I still enjoyed my time with it, and would recommend it to Tales newcomers. Just come to it for the combat (and not the story) and everything will be roses. Rating: 7.5 out of 10


Disclosures: Tales of Zestiria was obtained via publisher and reviewed on the PlayStation 4. Approximately 52 hours were devoted to the single-player mode, and the game was completed. No time was spent in local co-op. There are no online modes.

Parents: According to the ESRB, this game contains alcohol reference, blood, mild language, suggestive themes, use of tobacco and violence. Even though a lot of this seems harmful, I do believe this game is fine for teens. There are barely any alcohol references and I don't think I saw blood.

Deaf & Hard of Hearing: 90% of the game is voice acted, but has subtitles that go along with it. I could play this game on mute and still comprehend the plot, and there are no important audio cues during battle.