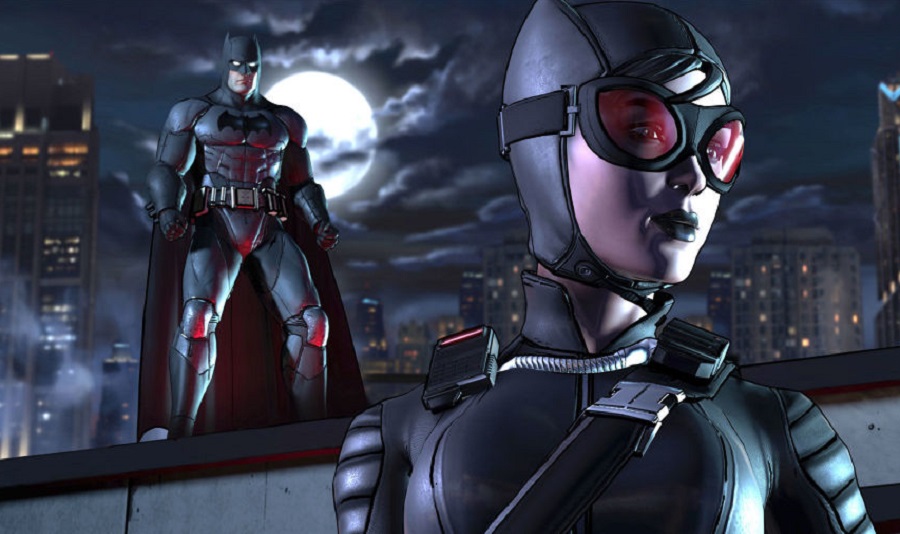 LOW Technical issues are still the norm with Telltale

WTF Why? Why are these games still glitchy?

I know I harp on Telltale Games’ inability to get past their constant technical issues, but Batman:The Telltale Series manages to rise above it. Without a doubt, Batman is my favorite from this studio, displacing even The Walking Dead: Season One. When I finished the first episode last August, I had high hopes that the rest of the season would offer the same quality, and now that the run has ended, I was not disappointed.

I went into this series expecting yet another origin story, but what I got caught me off guard thanks to a fresh take on Bruce Wayne and his alter ego — what Batman can do in the shadows might harm Bruce in the light, so deciding whether the Bat should undermine what the billionaire works so hard for makes for engaging narrative. Players will determine which half of this man is more important, and I appreciated that.

Also positive, instead of simply regurgitating any one of several famous Batman storylines, Telltale went ahead and crafted their own take on the iconic beginning events. Bruce has only been his alter ego for a short while when players step into the role here, so essentially Batman shows a wet-behind-the-ears Bruce prowling Gotham as he encounters fan favorites such as Catwoman, Detective Gordon, Harvey Dent, Oswald Cobblepot and a certain infamous Clown Prince of Crime. Season one shows alliances forged or friendships broken, all courtesy of the player’s choices.

In terms of design, Batman is similar to any other Telltale title — watch a lot of story and make some decisions here and there. Action is handled via QTEs, and some of the moves are brutal. However, something new this series offers is a feature where players can ‘link’ actions together and watch the results unfold. 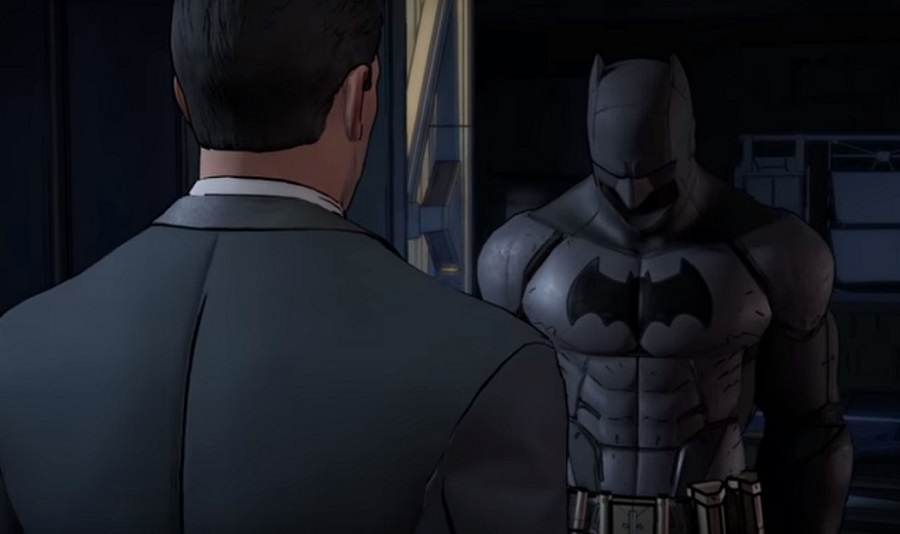 For example, say there’s a thug harassing a citizen with groceries in hand. Players will see this event happening in slow motion and some icons will appear. Dragging the cursor over the thug, it’s possible to ‘connect’ him to a streetlight overhead, or to a garbage can against a wall. Once the actions are linked and accepted, Batman will launch into the assault. It’s a great way to incorporate action while making sure players still have the level of choice expected from Telltale.

Batman also offers another new feature — Crowd Play. Imagine going to packed restaurant and sitting with a game console in the middle of the table while everyone is gathered around. This is what Crowd Play achieves — allowing viewers to watch the player, and they even go one step further by giving viewers a chance to shape the experience. The player can opt to allow viewers to vote on what choices are made, and I found the idea a smart one since streaming is such a big part of the videogame community.

As stated at the beginning of this review, Telltale games usually have at least a few bugs, and Batman is no different. They’re not as bad as they have been in the past, but I still had audio that didn’t match what was occurring on-screen, a  slowed framerate, and I even had to reset my console due to freezing. I don’t understand what goes on in the QA department here — for these kinds issues to still be a thing this late into the company’s life is completely unacceptable.

Batman: The Telltale Series started strong and ended the same way, and with many characters’ fates left undecided and new characters appearing in the final act, a second season seems inevitable — I look forward to it. Rating: 8.5 out of 10

Disclosures: This game is developed and published by Telltale Games. It is currently available on PlayStation 4, Xbox One, PlayStation 3, Xbox 360, and Steam. This copy of the game was obtained via Publisher and reviewed on the PS4. Approximately ten hours of play were devoted to the single-player mode, and the game was completed. Four hours of play were spent in multiplayer modes.

Parents: According to the ESRB, this game is rated M and contains blood and gore, language, violence. Batman investigating crime scenes where people tore each other apart says it all — it’s not as gruesome as The Walking Dead, but it ranks up there. The language and violence portions are less concerning, and on-par with most Batman films. Older teens and up only.

Deaf & Hard of Hearing Gamers: All dialogue is subtitled and there are no audio cues necessary for successful play.

I enjoyed the story; there was a lot packed in there and it was done very skilfully, I thought. They seemed to go a bit overboard on the amount of stuff they included – for someone who doesn’t read the comics it seemed like they threw every major villain into this short series, and for me it was a bit overwhelming. Maybe they would have been better served with a narrower or more limited storyline. I did enjoy it though, so that’s a minor complaint. Technical issues – the final episode was a bit of a disaster, what with all… Read more »

I didn’t really mind the occasional technical issues as this was a stellar story, rivaling the first two Arkham games for one of the best interpretations of Batman. Though I was a little disappointed that they brought Joker in, even if he didn’t do much. I’d like to see creators and developers try something different without always relying on him.