A Short, Sweet Life Of Crime 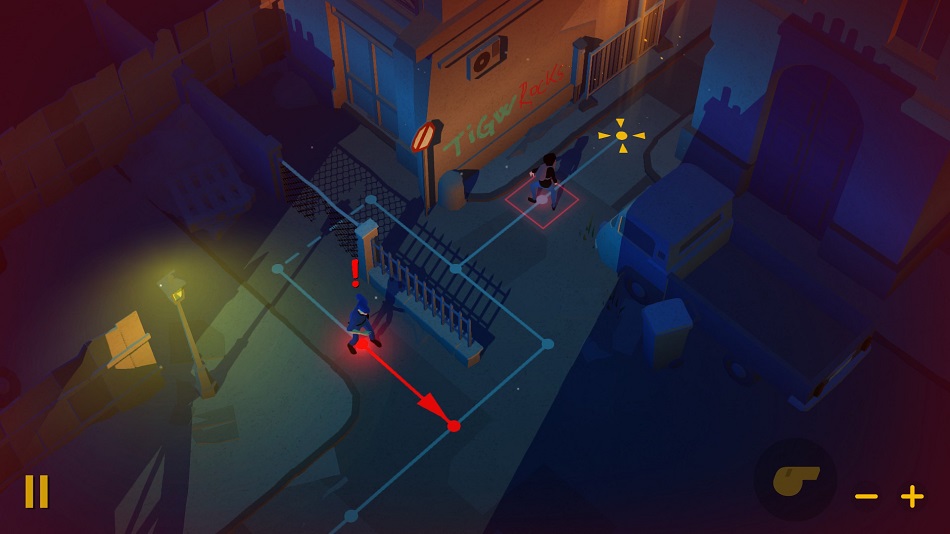 HIGH Levels stay fresh with only a handful of unique mechanics.

LOW Having a two-song soundtrack is never a good idea.

It doesn’t take an artist to enjoy the humble graffiti puzzler Vandals. I was hesitant when I found I’d need to craft Microsoft Paint-quality doodles with my mouse at the end of each level, but pleasantly surprised to find that making my own art wasn’t the focus. No, this top-down, turn-based strategy game is more about throwing players back in time into grid-based renditions of five 20th century metropolises to tag the streets of 60 levels while avoiding the police.

Tasked with leaving their mark on the world, players must distract officers and dogs using bottles, whistles, bushes and manholes to dip and duck through back alleys on their way to the objective — a blank canvas ripe for street art. For every one move made by the player (including throwing a bottle or flipping a switch) all of the police officers and/or dogs on screen move simultaneously the next turn. While this may seem overwhelming at first, all enemy actions are telegraphed, making them intuitive to plan around.

To spray paint the walls, trucks and trains of each city, I had to lead guards along for a clever game of cat and mouse, forcing them to follow my whistles and reactivate switches that I flipped while I snuck off to tag. After reaching the objective and spraying up the city, all guards are alerted to the player’s presence, which must be taken into account when planning an escape as they all converge on the scene of the crime.

The streets of Paris, New York, Berlin, Sao Paulo and Tokyo have, on average, 4 guards to avoid, and each has an obvious, bright-red line of sight that is not to be crossed. If the player comes within one space of an officer’s line of sight, it’s time to try again. Some are asleep on the job, but that proves to be more impediment than advantage when trying to traverse the grids, as they need to be woken up to free up a space to move onto.

Vandals employs a star rating system for each level based on three criteria — turns taken, a secondary objective and whether or not players are spotted by guards. I was perplexed to find that the secondary objective is literally just a star icon on a single coordinate of each grid that serves no in-game purpose other than to add a little extra difficulty, but the challenge of running off for a hard-to-reach star was welcome. 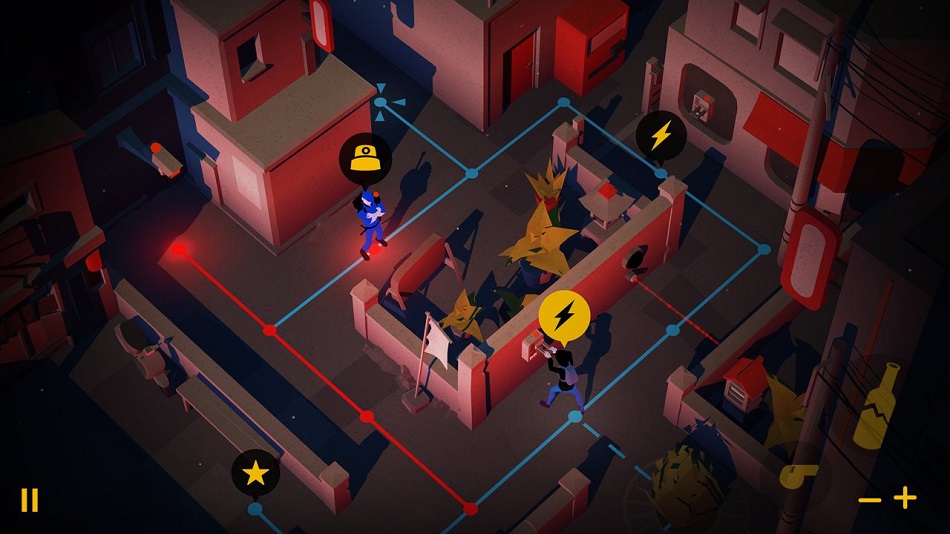 All objectives are able to be completed in a single run, although it may not seem possible at first. It takes some real mental gymnastics to land a perfect run in late-game levels, but finding the right location to throw a bottle and distract multiple guards is satisfying, and worth the struggle.

New mechanics, such as tripwire alarms and cameras to shut off, are introduced at a reasonable pace across the five cities, and none come with proper instructions, save for noisemakers like throwing bottles and whistling. The only thing holding back said mechanics is that whenever they appear in a level, they must be used, making some solutions far more obvious than others — a small gripe that’s overcome by the inclusion of extra tools. I found that the more mechanics featured in a level, the less apparent the solution, making it more rewarding to uncover.

Vandals goes beyond clever puzzles and turn-based crime, though. There are 40 pieces of street art trivia in the form of polaroids scattered throughout the cities. There’s a rich past to the artful crime of tagging that I was aware of (but not well-versed in) and whenever I found myself banging my head against a wall trying to find the perfect solution, a brief history lesson about a graffiti artist like AITO, the “Japanese Banksy,” took my mind off my worries.

The saddest part about Vandals is that it’s over too soon — I’d estimate the average running time to be a little over two hours. With how short the levels are, 60 doesn’t feel like enough. That said, given the fact that Vandals is also available on mobile devices, it’d make for a great time-killer during a commute or break at work.

While my life of victimless crime was short but well-lived, the elusive three-star ratings will almost certainly have me coming back to perfect the artform of making graffiti between run-ins with police officers. Rating: 8 out of 10

Disclosures: This game is developed by Cosmografik and published by ARTE France. It is currently available on iOS, Android and PC. This copy of the game was obtained via publisher and reviewed on PC. Approximately 2.5 hours of play were devoted to the single-player mode, and the game was completed. There are no multiplayer modes.

Parents: According to the ESRB, this game is rated E. Cute polygonal police are technically the enemies here, but there’s no violence involved. Whenever a player gets caught, the word “Police!” pops up and players just go back to the start.

Deaf & Hard of Hearing Gamers: As a turn-based game, everything is communicated clearly through visuals alone. Enemies’ next moves are telegraphed, and line of sight is easy to understand without any sound. There are no subtitles and text is not able to be resized. This game is fully accessible. 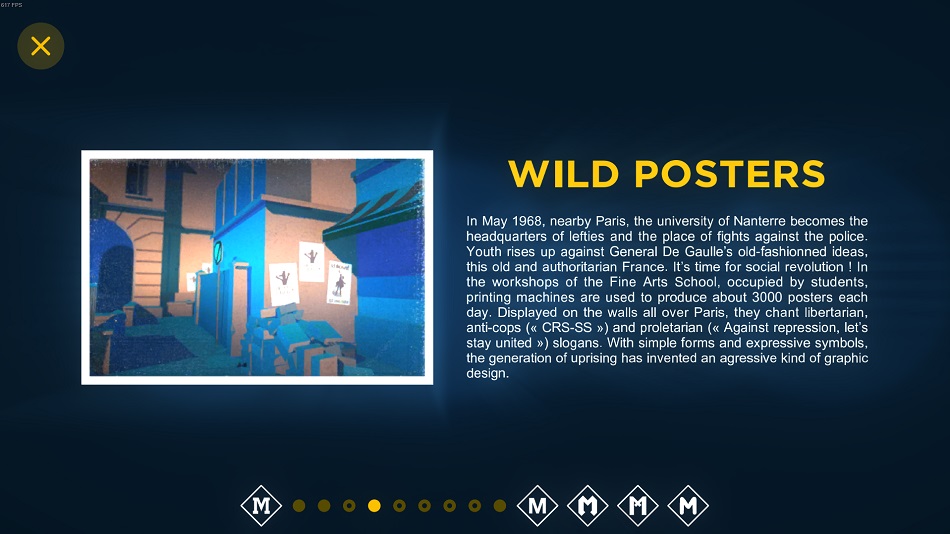 Remappable Controls: No, this game’s controls are not remappable. There is no control diagram. All of the game is controlled with the mouse and left click.

His PC and Switch are currently tied for the spot of his favorite platform, and he loves the dumpster fire that is Kingdom Hearts.
Latest posts by Kyle Bender (see all)
Tags: ARTE France Cosmografik Graffitti indie Kyle Bender review tagging vandals
Subscribe
0 Comments
Inline Feedbacks
View all comments