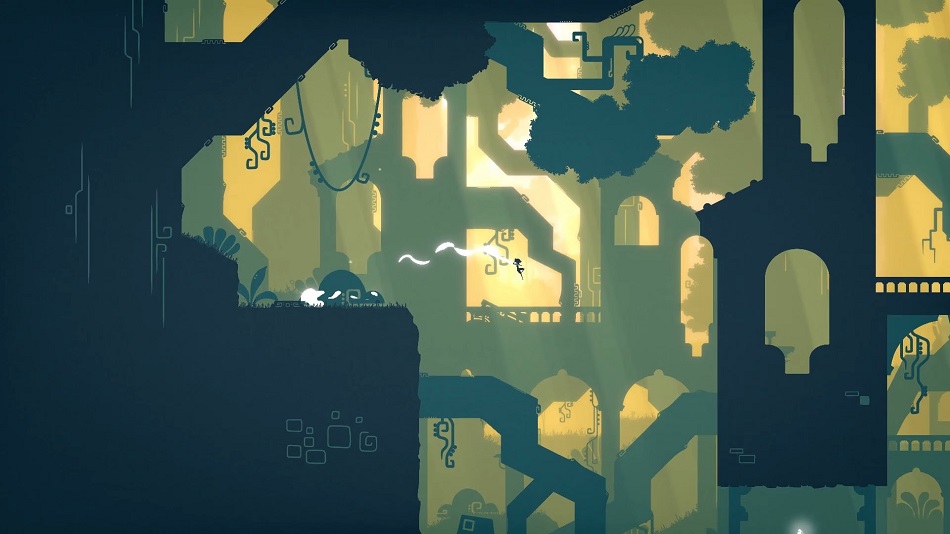 LOW The most absurd difficulty spike I’ve seen in ages.

At first glance The King’s Bird looks like the lovechild of Journey and Sonic — a relaxing, yet high-speed romp through a stylized 2D world with a focus on flow. However, its appearance is deceiving. By the time credits rolled, said relaxation was replaced by blind rage.

This platformer is set in an unnamed locale populated by silhouettes of what I can only call birdpersons granted the power of flight by scarves. There’s no discernible story throughout, just a few subtitles upon its opening and closing sequences about flight and ruling a kingdom, but it was passable since the selling point seemed to be momentum-based platforming. That said, once I was standing at the beginning of the first level, I knew exactly who the game was made for — speedrunners. The King’s Bird is less a platformer and more a time-attack game, complete with leaderboards to remind new players of their inferiority.

The controls for the birdperson are displayed in diagrams painted on the opening landscape as players hop and glide around in the first of four hub areas. Dashing with the right trigger and gliding with the left trigger between jumps are initially simple, but there are intricacies that go completely unexplained — the opening levels just need to teach more. For example, hitting a wall at speed with the left stick in any position besides up while holding the dash button sends players straight down, often into spikes or pits. Not only is this frustrating, but when it happens it’s totally unclear why without needless trial and error. 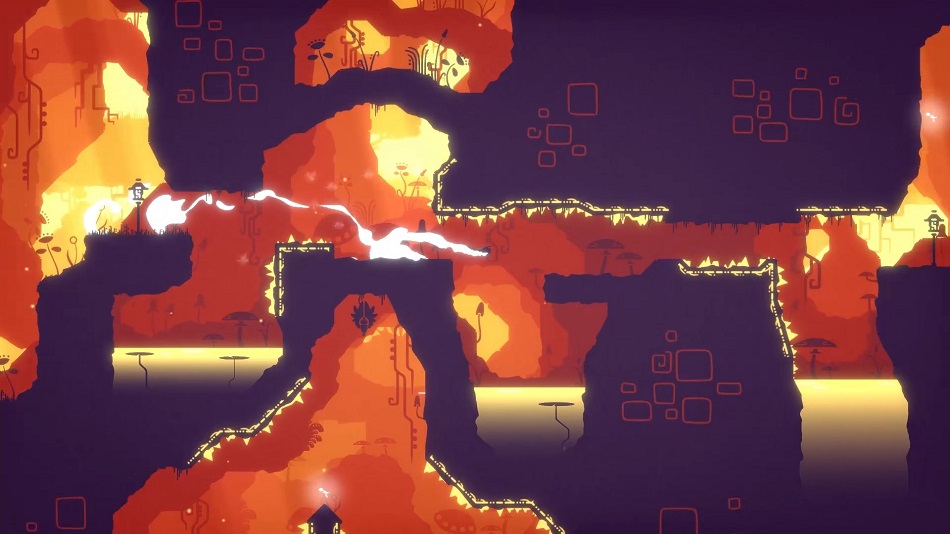 When the bird is moving fast in open spaces, traversal feels great. However, I’m perplexed by how few of these levels there are. The vast majority of stages in The King’s Bird are tight corridors that force players to either slow down or faceplant into spikes, killing all momentum their first time through. Also, for being the main hazard players need to avoid besides pitfalls, the design of the spikes should’ve been a little more considered — there were multiple areas in which they were nearly the exact same color as the background, making them difficult to see without running straight into them.

Frustration became a trend in throughout The King’s Bird, and every design gripe I have with it is on full display in the final stage, The Fallen Kingdom. The grueling difficulty here was uncalled for, taking small corridors to the nth degree and demanding inhuman precision platforming. Where early stages are tight, The Fallen Kingdom is claustrophobic. Every line that players need to run requires them to effectively squeeze through the eye of a needle.

The margin for error is nil here, and only worsened by the controls’ fatal flaws rearing their ugly head. I felt like I was inputting the exact same commands when I succeeded and when I failed, and when making rapid movements with the stick to change direction at speed, I would often, at random, be sent in the exact opposite direction and straight into spikes. The saddest thing about The Fallen Kingdom is that if there was just a handful of non-spiked surfaces to land on at every checkpoint, it may have been a reasonable challenge. For context, it took me roughly six hours to beat this game, and two of those hours were spent on The Fallen Kingdom alone. 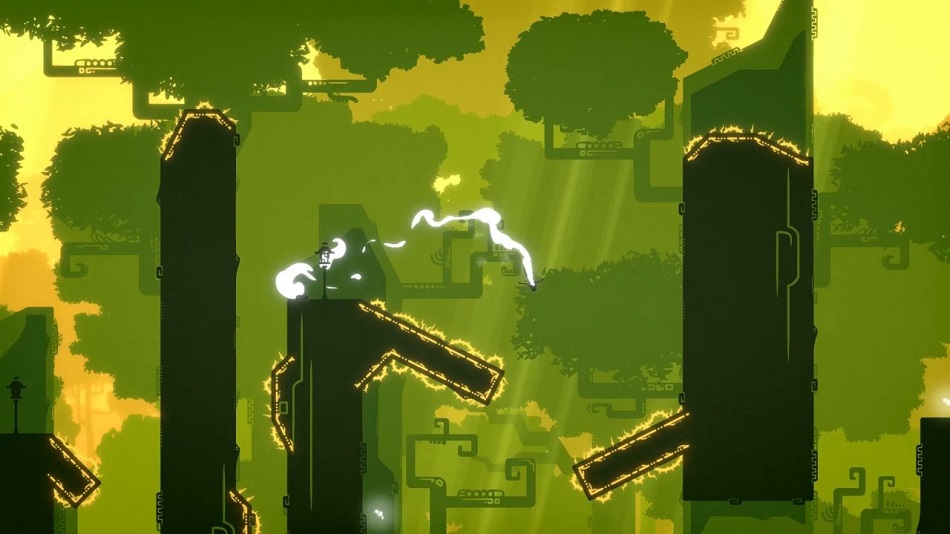 Just when I didn’t think The King’s Bird couldn’t get any worse, it did. After gritting my teeth through the last stage, there was a boss fight. Yes, that’s right, a boss fight. The developers decided that after hours of platforming and a final level that doesn’t respect players or their time, shoving surprise combat with new mechanics into the game’s final moments was a good idea.

Between the boss’ homing projectiles and its ability to change players’ path mid-flight, not only was this fight uncalled for, but poorly designed. The battlefield features only five platforms to build momentum off of, and the only way to fight back depends on luck — the boss creates a large orb that floats around a single platform, so players must wait for the orb to line up with the enemy before firing it back while also dodging laser fire or more homing projectiles. This excruciating fight destroyed any remaining traces of goodwill I had for The King’s Bird.

It was only once I saw the credits roll that I realized there were a handful of difficulty adjustments I could’ve made, such as slowing down the game speed, adding the ability to take two hits from spikes before death, and allowing indefinite flight. However, after playing the game as intended by the developers on its default settings, I had no desire to go back and try any of these options to make the experience more enjoyable. They may mitigate some flaws, but I doubt they can save the game as a whole — and frankly, a game shouldn’t be this hostile in its normal mode.

The King’s Bird has a strong conceptual foundation, but the experience falls victim to the “git gud” mentality. It shines when players are allowed to explore the freedom of flight, but that light dwindles over time and is finally snuffed out in the final hours by tragic oversights that have been compounded on for hours. Rating: 4 out of 10

Disclosures: This game is developed by Serenity Forge and published by Graffiti Games. It is currently available on PC. This copy of the game was obtained via publisher and reviewed on the PC. Approximately 6 hours of play were devoted to the single-player mode, and the game was completed. There are no multiplayer modes.

Parents: There is currently no ESRB rating for The King’s Bird, but it’s safe for all ages. There’s no real violence here, just turning into a white wisp when the player hits spikes. I wouldn’t recommend it to anyone of any age with a short temper, though.

Deaf & Hard of Hearing Gamers: There are absolutely no issues without audio as everything is represented on screen visually. 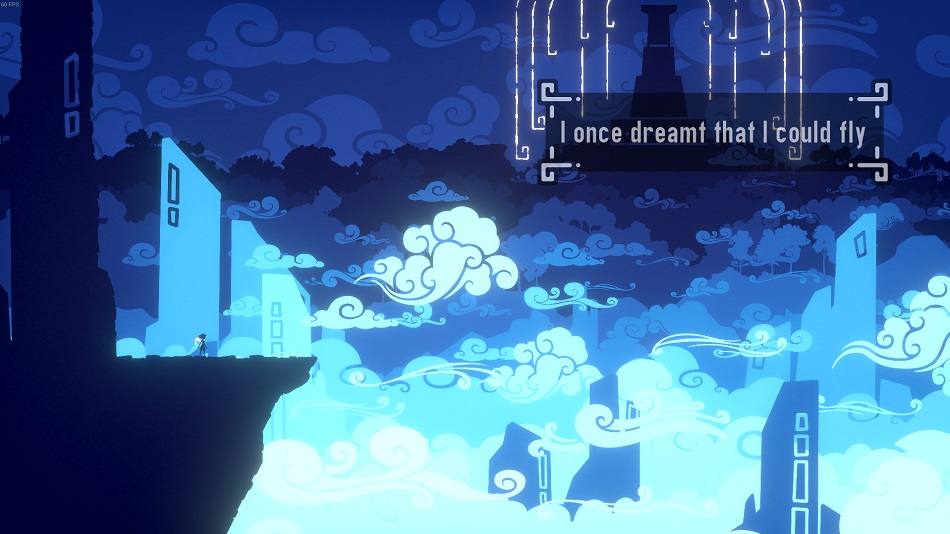 Remappable Controls: Yes, this game’s controls are completely remappable. A controller is HIGHLY recommended as it is near impossible to play with mouse and keyboard. 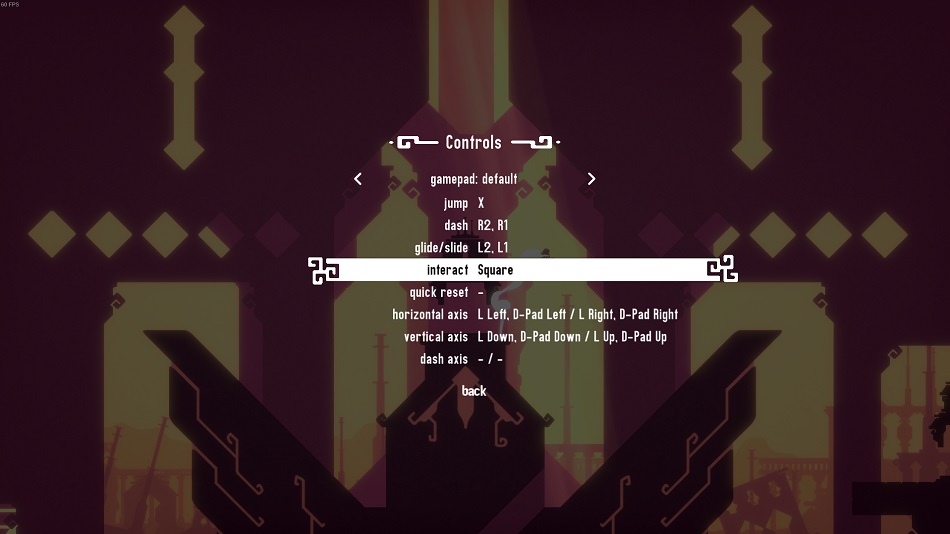 His PC and Switch are currently tied for the spot of his favorite platform, and he loves the dumpster fire that is Kingdom Hearts.
Latest posts by Kyle Bender (see all)
Tags: flight indie Kyle Bender PC Platformer review Serenity Forge The King's Bird
Subscribe
0 Comments
Inline Feedbacks
View all comments