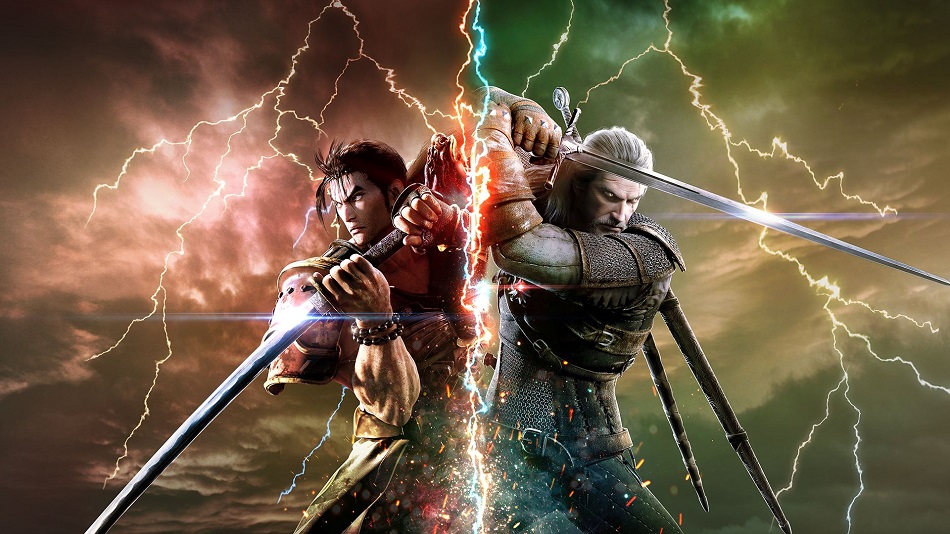 HIGH New systems make the combat easy to pick up.

WTF Why the hell are custom characters allowed in ranked competition?

2018 is the year of the fighting game. We’ve seen the release of Dragonball FighterZ and Super Smash Bros. Ultimate alongside massive content updates and continued competitive support for Tekken 7 and Street Fighter V.  I thought this resurgence in the fighting genre would continue with Soulcalibur VI, the most recent iteration of the legendary 3D weapon-based fighting game. Sadly, in a year full of big winners, this one should have spent more time in the oven.

There are two singleplayer modes (one for a player-created character, and one for the story), online and offline PvP, and training. All of these modes put players in control of one of 20 base-game characters (21 if you count the day-one DLC) with their own unique weapon and moveset.

The core gameplay of Soulcalibur VI can be broken down like a game of rock, paper, scissors. The basic means of attack are kicks, horizontal strikes and vertical strikes, but each has a weakness. Players can sidestep most vertical attacks, crouch under horizontal attacks, or block attacks with the guard button to avoid damage. New to the series is the Reversal Edge mechanic, which allows players to absorb a number of attacks and strike back to slow time. In this state, both players make a single attack, block or maneuver input and hope their rock beats their opponent’s scissors.

The only penalty for using Reversal Edge is that patient players or AI opponents that are hip to it just sidestep the strike instead of attacking and having their hits absorbed. Otherwise, Reversal Edge is the quickest way to build up a super meter which can be used on a flashy cinematic super attack or “Soul Charge” — a character state that buffs players and gives them access to new attacks. The infinitely slower, inferior ways to build meter include landing strikes, being hit, and pressing guard and forward (or other character specific inputs) to “Guard Impact” or deflect hits. 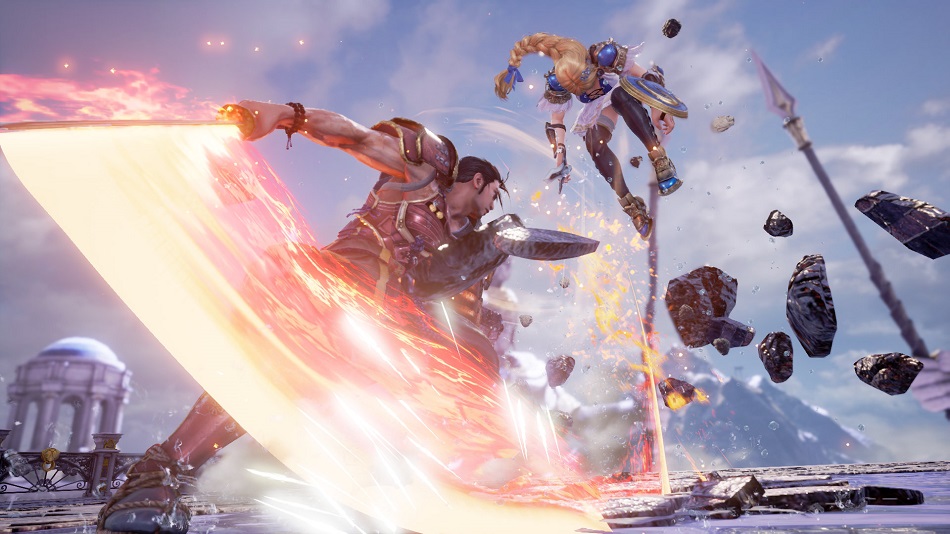 In general, each character’s design feels appropriately balanced in terms of things like high-damage moves leaving them open if not used judiciously, the heavy hitting characters moving slower, and so on. These systems may initially seem simple when compared to other modern 3D fighting games, but Soulcalibur VI does almost nothing to teach players about them or their deeper intricacies, Lethal Hits being the most useful and worst explained.

Every character has Lethal Hit attacks which stun an enemy if they connect under certain circumstances, like while an opponent is sidestepping or if they’ve just missed an attack. When successful, Lethal Hits present a chance to deal massive damage, but players are told little about its use unless they dive into training mode and move lists. There is a tutorial, but it’s three clicks into the pause menu and reads like a frickin’ textbook. Fighting games have never been the most accessible genre, but it’s a shame that devs still haven’t figured out including a good walkthrough of the mechanics would do wonders for growing the playerbase.

Much like Soulcalibur’s “tutorial,” the story mode leaves a lot to be desired. Granted, I have no attachment to the characters or lore, but I feel like I’d be more upset if I did. None of the cutscenes are animated, only half of them are voice-acted, and certain mechanics like “Soul Charge” are unusable for many encounters. Only a fraction of the 20 characters are used in the story and the interactions between them feel awkward and forced. At least the separate create-a-character story mode gives players some agency over what happens — in the main story, I felt like more of a bystander than anything. On top of these problems, the runtime is just 4-5 hours, leaving the narrative modes feeling sloppy and thrown together.

Thankfully, more love and attention went into the character creator. Players can choose one of a handful of races or body types, slap one of 20 weapon types and movesets on, and truly customize to their heart’s content. There’s no easy, filtered way to sift through the creations of online players, but I still bore witness to some of the most impressive and terrifying characters I’ve ever seen — Soulcalibur VI‘s fans have made everything from a 1-to-1 recreation of Ronald McDonald to a, uh… well-endowed Sonic the Hedgehog.

Unfortunately, while the create-a-character feature is a great way to kill time or let one’s imagination run wild, it becomes a massive annoyance in online matchups since players can put any moveset on any body type. The result is that the carefully balanced hitboxes and movement speed attached to each weapon type and character changes. This may sound minute, but if a player has put in the time to learn how to block and punish, say, a dashing horizontal strike from Astaroth, they would not be able to punish it the same way if the same attack came from a model with a smaller frame. On top of this, players can put geometric shapes and unique items on their characters and size them up to the point that they totally engulf the model, making the animations completely impossible to see or react to. 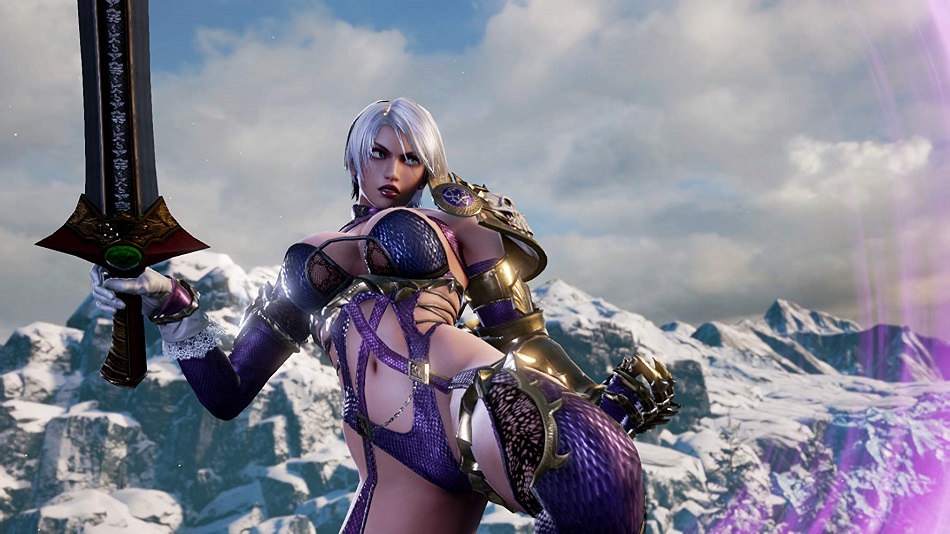 The fact that all of this is allowed in online ranked play is absolutely unforgivable. Fighting games are built on consistent rules and mechanics, and when that consistency is tweaked, new players get confused and high-level players get frustrated, which makes me wonder who this game is really designed for.

Of course, that’s not to say that all of the stock characters are perfect, either. For example, Ivy, the buxom whip/sword user is bothersome on every possible level. Her moveset feels like it’s explicitly designed to give newcomers a bad time by turning each match into keep-away instead of a clash between fighters. Beyond that, her design is absolutely absurd, taking ‘scantily clad’ to a whole new level as Bandai Namco doubled down on the idea that women should wear ineffective armor that breaks to become even more revealing.

When I’m up against players at a similar skill level and we’re all using the default characters, Soulcalibur VI can be a beautiful dance between players who are one with their weapons. This is a rare occasion, though. More often, I’m stuck trying to fend off oversized custom characters spamming Reversal Edge. With so many people killing what could be a good time online, I think I’ll stick to Tekken to get my fighting game fix. Rating: 6 out of 10

Disclosures: This game is developed by Bandai Namco Studios and published by Bandai Namco Entertainment. It is currently available on XBO, PS4, and PC. This copy of the game was obtained via publisher and reviewed on the PS4. Approximately 7 hours of play were devoted to the single-player modes, and the game was completed. 20 hours of play were spent in multiplayer modes.

Parents: According to the ESRB, this game is rated T and contains Blood, Mild Language, Partial Nudity, and Violence. The occasional “damn” and “hell” slips through in pre/post-match dialogue, but the biggest issue is easily the costuming for the women. Many of them have minimal clothing, but even those that do will eventually have their “armor” broken, revealing more skin to indulge the male gaze.

Deaf & Hard of Hearing Gamers: Most everything can be reacted to given the visual cues and animations of each character, but I found that some moves have sound cues that popped up ever-so-slightly before an animation begins, which left me at a disadvantage with the sound off.