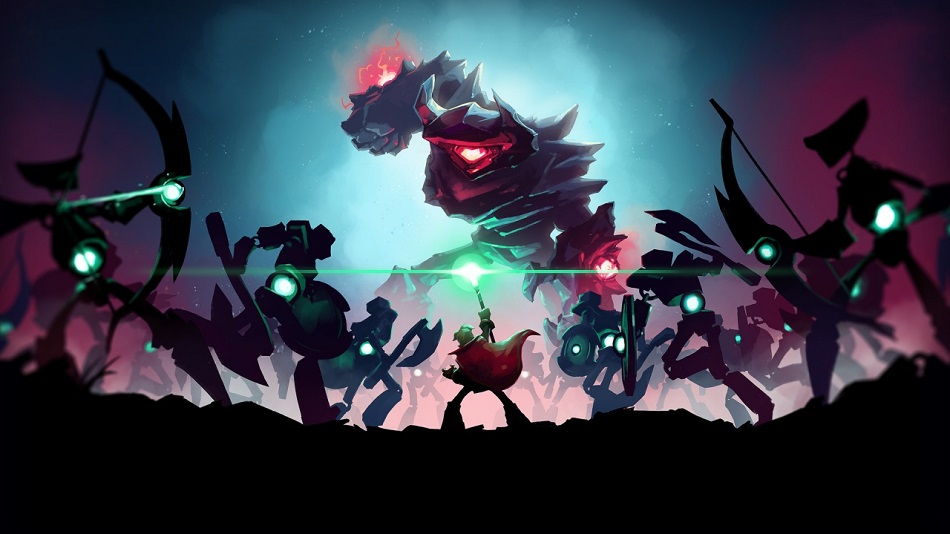 HIGH Commanding mobs of a hundred or more feels badass.

LOW The last few fights really soured the joy of the mid-game.

WTF What’s with the cutscene resolution?

Upon starting Masters of Anima, I prepared for the worst as I watched a pixelated splash art opening explain the plain fantasy world of Spark. Thankfully, things turned around once the gameplay kicked in.

The campaign opens with the protagonist, Otto, trying to pass a set of trials to become a Shaper — a summoner that uses energy called Anima to breathe life into the earth. But he doesn’t become a shaper because he wants to spawn sick armies of rock minions. No, Otto just wants to impress his fiancee, Ana, who happens to be the Supreme Shaper. (She’s promptly split up into three orbs that need saving a few minutes into the story.)

Anima’s advertised tagline, “Save your fiancee, and the world while you’re at it” is about as deep as the plot development goes. Otto is simple-minded, his bride-to-be is way out of his league and one-dimensional, and he could care less about the world crumbling around him.

The typical damsel in distress trope takes no twists or turns here (sadly, Ana doesn’t save the day after being put back together) but it’s a serviceable background for some surprisingly engaging, albeit cyclical, real-time strategy.

As a novice RTS player, I was intimidated by the notion of controlling 100 units (let alone doing so with a controller), but Masters of Anima has a solid button layout and a sturdy linear structure that gracefully eases players into its systems. 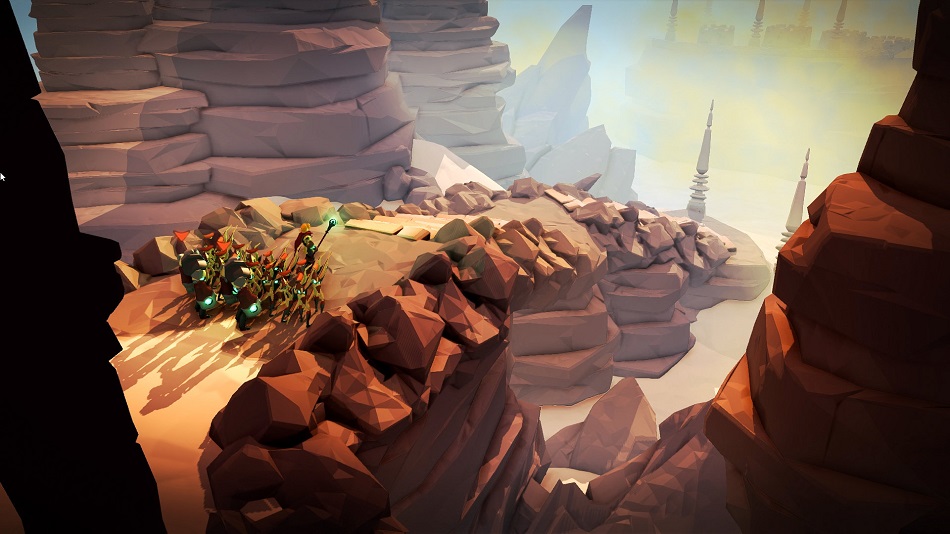 Things begin simply enough, with Otto commanding standard melee soldiers and archers with abilities that can be triggered at will. With unit selection on the bumpers and commands on the face buttons, positioning units for an assault felt intuitive and easy to pick up — almost too easy. In fact, it was a cakewalk early on — just put the swordsmen up front, the archers in back, avoid telegraphed attacks, and wait for it to be over.

Then, every few missions, I’d unearth a new unit that made energy and minion management just a smidge more difficult. Commanders, healers/energy support units and summoners (yes, minions that make more minions) were all welcome additions to my ever-expanding army, but with every addition, the battles became more drawn out.

Most encounters follow and required similar formulae and tactics, even with new units. For example, after wandering through a collection of intertwining corridors, Otto would stumble into a massive open space that promptly closed in for a fight against a few colossal enemies. Whether it was a standard golem, a scorpion or an amalgamation of the two, the biggest struggle was always recovery. Whenever players lose a unit, they must create more or risk an absurdly long fight (or death), making the healer/energy support units absolutely vital.

After losing a bunch of units to one good hit from an enemy, fights were almost impossible to salvage without sufficient energy to create more units. As that fact became clear, fights got a lot more interesting about halfway through the campaign as I was forced to divide my units between multiple threats instead of just throwing bodies at one target at a time. However, new enemies only had a few attacks to figure out. While I admit that most of them sent me back to a checkpoint on my first try, every battle becomes a loop of position, attack, re-position, rinse and repeat once the patterns are clear. 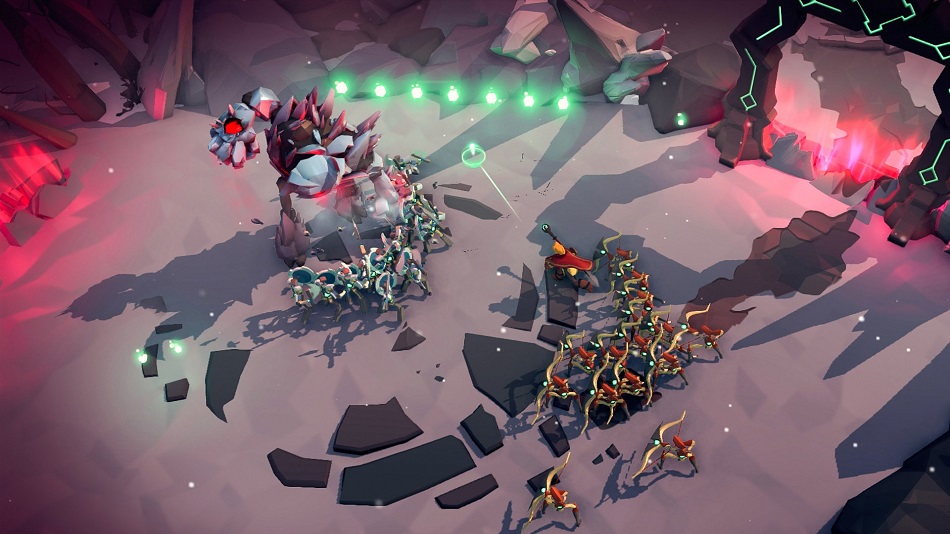 Unfortunately, oversized enemy health bars turn Masters of Anima‘s encounters into wars of attrition, making fights far longer than they need to be. The last two battles are the worst offenders by far, with the safest tactics leaving me running around the battlefield for 30 minutes each.

But battling isn’t all there is to do in the underdeveloped society of Spark. All five units have abilities outside of combat that Otto needs to use to solve puzzles, and there are plenty of easy-to-find cracks in the pastel landscape that house collectibles and free XP for upgrades that help speed up fights considerably.

Each new level provides a pleasant change in scenery and a few variations of a new puzzle to figure out. But. whether I was using soldiers to push blocks to clear a path, hitting glaringly obvious switches with archers, or using healers to cleanse corrupted land, there wasn’t a single puzzle that made feel like I was actually solving a problem. There were a few level-specific gimmicks that made environments come alive by interacting with them, but for the most part, the downtime in Anima is nothing to write home about.

By the time Masters of Anima was over, the repeated battlefields were as tired as its cliche story, and I had spawned and relocated countless units in battle. Thankfully, the minor changes from level to level, were just enough to keep the campaign from overstaying its welcome. Playing commander was engaging for a while, but I don’t see myself returning to explore Spark any time soon.Rating: 7 out of 10

Disclosures: This game is developed by Passtech Games and published by Focus Home Interactive. It is currently available on PC, PS4, XBO, and Switch. This copy of the game was obtained via publisher and reviewed on the PS4. Approximately 6.5 hours of play were devoted to the single-player mode, and the game was completed. There are no multiplayer modes.

Parents: According to the ESRB, this game is rated E10+ and contains Fantasy Violence. Nothing to worry about here for the kids — players’ minions are made of rocks that just sort of fall apart when they die.

Deaf & Hard of Hearing Gamers: Every attack has a visual cue that can be reacted to. However, there are occasionally times when enemies spawn off-screen and there is nothing besides sound to go off of.

His PC and Switch are currently tied for the spot of his favorite platform, and he loves the dumpster fire that is Kingdom Hearts.
Latest posts by Kyle Bender (see all)
Tags: Focus Home Interactive Kyle Bender Masters of Anima Passtech Games PS4 review rts
Subscribe
0 Comments
Inline Feedbacks
View all comments